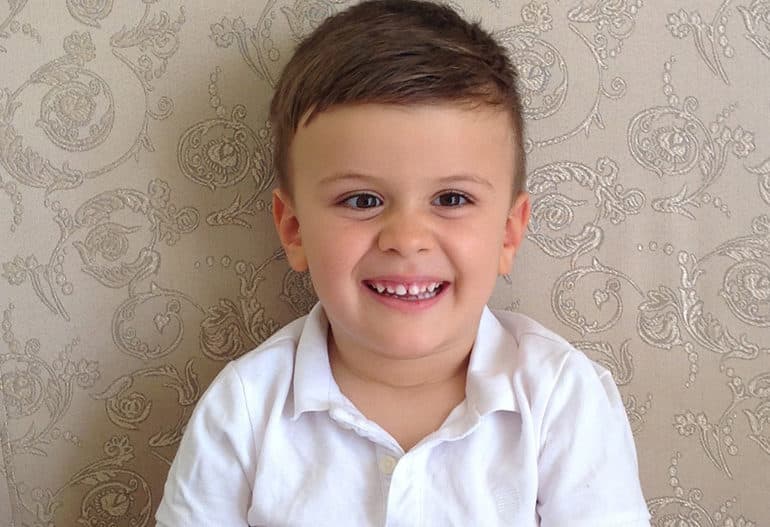 Dani Demetrof in Russia for treatment

A blind six-year-old boy from Paphos who has captured the hearts of the public is in Russia about to undergo ground-breaking treatment, only made possible by fundraising and donations from supporters and well-wishers.

Iordanis Demetrof (Dani) was born blind and has already had to undergo a number of risky and painful treatments abroad, which have helped him to regain some of his sight. Hopes are now running high that the new treatment, performed under the guidance of renowned Russian professor, Ernst Muldashev, will increase his chances of bettering his sight still further.

Family friend, Nadia Frangeskou, who also helps to raise awareness of Dani’s plight, told the Cyprus Mail this week that it is not yet clear how long he will have to remain in Russia.

“His ticket is an open one as it’s not yet known how long his treatment will be, or of the outcome.”

Supporters managed to raise the 4,500 euros needed for the treatment and continue to raise funds, as treatment will be ongoing, she said.

Media appeals, social media appeals, and events have all contributed towards raising money and Theodora Ougarezou, who teaches at Dan’s pre-school has also started a ‘go get funding’ page where supporterss can donate toward the youngster’s treatment. Over 1,100 euros has been pledged so far.

A message on Dani’s Facebook page under a photo of the six-year-old says: “I’ve started my journey to Russia and with your help and your support, I will go to the hospital for the surgery on my eyes. Thank you for your wishes and for God’s help; I hope everything goes well.
With all my love Iordanis.”

Dani was born blind and was diagnosed with severe optic disc hypoplasia by a specialist at Great Ormond Street Hospital in London. So far, his treatment has been a success, as he was previously unable to speak or walk and was 100 per cent blind.

“He can walk and talk, he speaks two languages, he can take things in his hands, play with other children, before he couldn’t do anything,” said Frangeskou.

Dani first stole the publics’ heart when he won a Cyprus Heart of Gold award in 2015 and bravely walked, with the help of his mother, Rafaela Dimitrova, for one of the first times to the stage to collect his award.

A meeting is being held with doctors in Russia today to decide if Dani will undergo extensive or simpler surgery, which will most probably take place in the next couple of days, using a biomaterial called Alloplant, This can help when standard medicine cannot.

It was invented by Muldashev and when inserted into a body, stimulates the regeneration of the recipient tissues.

To make a donation to Dani’s appeal: https://gogetfunding.com/iordanis-needs-help/

Issuing of title deeds to continue despite court ruling