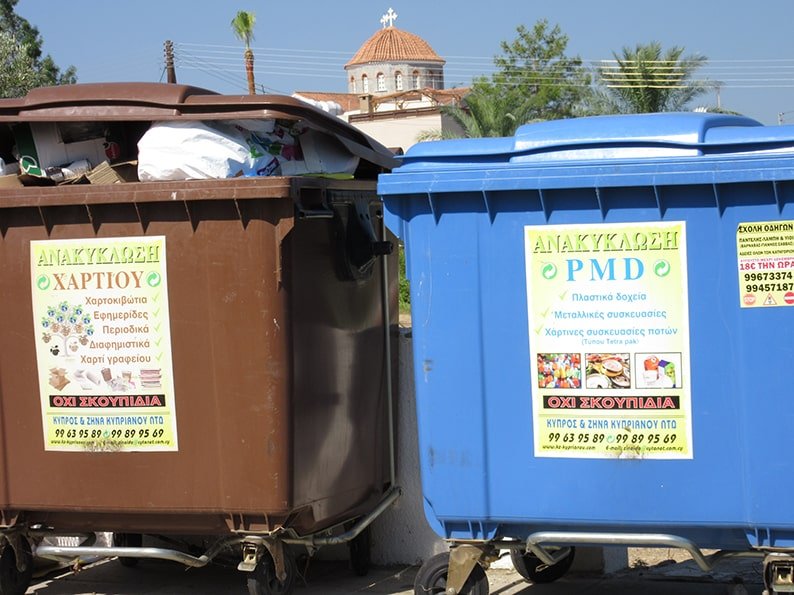 Recycling of waste from Paphos hotels will begin in early 2018, according to president of the Paphos branch of the Pancyprian Hoteliers’ Association, Thanos Michaelides.

Speaking to the Cyprus News Agency, Michaelides said that some years ago the Paphos Hoteliers’ Association had funded a study that proposed a solution for waste management at hotels.

This study, he said, had been given to the state services and after a few amendments a new waste management plan was drafted. It provides for the sorting of rubbish into three categories; organic, inorganic and recyclable.

A tender competition was announced and now, “we are at the final stage of approving the tenders”, he said.

Michaelides said that waste management was necessary and considered to be an integral part of a modern tourist industry, adding that many hotels are already recycling.

He said that hotels already recycle glass and paper, which indicates that some efforts are being made in parallel with the new scheme.

The programme in question will be implemented with EU funds and will be carried out in cooperation with local authorities.

Giant iceberg like ‘niggling tooth’ set to crack off Antarctica

Investors still attracted by low taxes, put off by bureaucracy