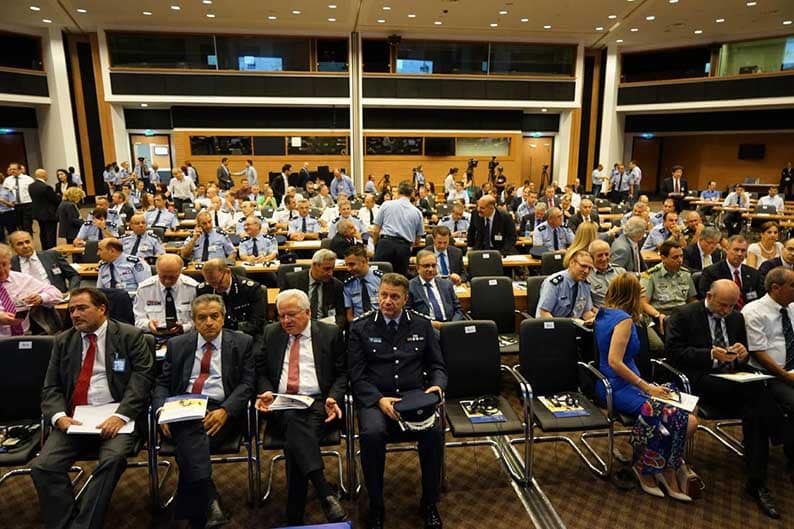 Cyprus’ top police officer on Thursday acknowledged the existence of corruption in the force, but said rooting it out would need a holistic approach and not just its own actions.

Chief of Police Zacharias Chrysostomou told an international conference in Nicosia that organised crime and corruption are inseparable, and said when there is corruption in law enforcement authorities they are very difficult to fight.

Chrysostomou said the force has already taken some steps aimed at stamping out graft.

“Towards this, it identified and quantified, through empirical study, the aspects and extent of police corruption,” he said. “Putting it differently, Cyprus police, straightforward and without reservations, acknowledged the existence of the problem, defined it through substantiated empirical study, and made suggestions to the ministry of justice for corrective action, in form of a draft law.”

The law includes provisions for the creation of an internal affairs department that will have the required tools to carry out its task effectively. A disciplinary committee will also be set up with the power to impose dissuasive penalties.

The chief said the force was seeking to evolve into a more effective organization – flexible, and able to handle any crime, and at the same time enjoy public confidence and acceptance.

However, Chrysostomou said, for things to work, the state must bolster the executive and judiciary’s legal arsenal, as was the case in other EU nations and the USA.

“It is imperative to enact a strong legal framework, with safeguards, that will cover phone surveillance and the use of other technical means,” he said.

At the moment, the force lacks essential legal tools to fight organized crime.

But the police alone cannot tackle organized crime with success if there is no coordination with other departments and services to, among other things, deconstruct a crime organization financially.

“Thus, it is vital to undertake a coordinated, holistic approach, with the involvement of all services, to tackle organized crime with success,” he said.

Police corruption was put under the spotlight after a gangland hit in Ayia Napa last June. Four people died in the incident, including a police officer and his wife who were having dinner with an underworld figure. A second officer present at the table was seriously injured.

In the aftermath of the incident, several police officers were suspended on suspicion of having links with the criminal underworld.

Deputy police chief Andreas Kyriacou was fired in May by President Nicos Anastasiades after Attorney-General Costas Clerides announced he appeared to have been behind the unauthorised leaking of confidential information, including a tip from Serbian Interpol of a foiled assassination attempt, and that he was the likely leaker of a 2015 internal police report on preventing and combating corruption to an MP and the press.

CTO:  we won’t be shutting the doors to the British despite false claims