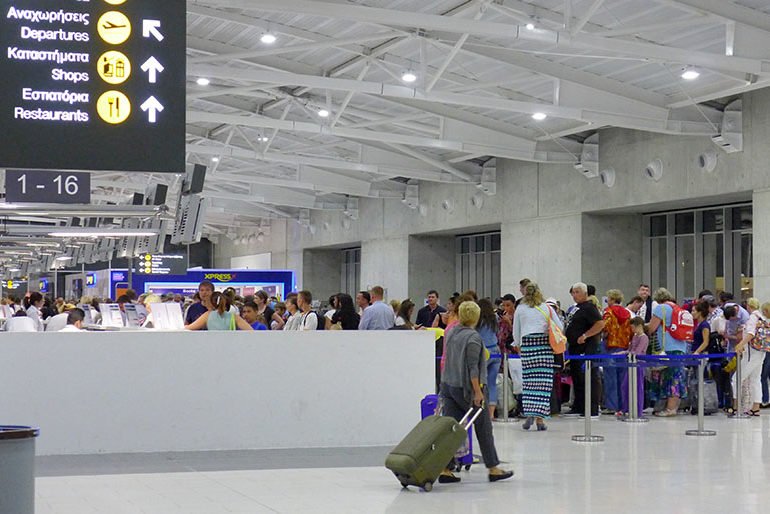 FINANCE minister Harris Georgiades shot down plans on Friday by Larnaca district municipalities and communities to impose a levy on all passengers of the town’s airport as there is no such provision in the agreement between the government and the operator of Larnaca airport.

Georgiades attended the House transport committee meeting that discussed on Friday the demand of the Larnaca and Dromolaxia municipalities and of the Pervolia and Kiti communities to impose a passenger levy on Larnaca airport as a compensatory measure for the environmental impact and the noise pollution the areas in question suffer due to its operations.

Such plans should be shelved for now, Georgiades said, as the contract signed with the airport’s managing company does not provide for any levy to the benefit of local administration and it cannot be amended. This issue could be discussed upon the renewal of the contract.

At the moment, he said, any financial benefit the municipalities and communities in question can expect if they opt to pursue compensatory measures, and only if they put forth specific demands could be, in his opinion, only from the government coffers.

Georgiades told MPs that after the local authorities submit specific demands, his ministry would study them.

“The negative impact (of the airport) to the neighbouring areas will have to be investigated and confirmed, and put into perspective within the needs and capabilities of the state,” Georgiades said.

The representatives of the local authorities told MPs that the areas around the airport cannot be developed as other areas of the island, due to building restrictions dictated by the rules on safe landing and take-off of aircraft.

Larnaca mayor Andreas Vyras said that a large part of his municipality’s coastal front is taken over by the airport and the fuel tanks. This, he said, is to the detriment of the town as it loses hotel beds, no tall buildings can be erected in some areas, and, on the other hand, because the coastal front is interrupted.

Commenting on the remarks by transport minister Marios Demetriades that Larnaca benefits from the airport as regards jobs, Vyras said that only half of the 5,000 employees at the airport are from the surrounding areas and that the rest are from the other districts.

He said that part of the proceeds coming from the operations of the airport must go to the affected local authorities, either from the state budget, or through a levy.

Heathrow airport in the UK, he said, has a strategy to address its negative effects on its surrounding areas.

Dromolaxia mayor Kypros Andronikou told MPs that even though the airport is the gateway to Cyprus, the areas around it that suffer the consequences do not benefited from it.

The airport, he said, should be treated as any other business that pays municipal taxes. At the moment, he said, the airport, despite that it is a profitable business, does not pay municipal taxes which is in violation of the law and regulations on local government. Pervolia community leader Costas Tiggis said that his community would like to see an increase in its building co-efficient to allow large developments.

Georgiades said that he acknowledges that in some aspects, Larnaca is falling behind, but that have been projects that could trigger development such as the degradation of the harbour, which could be a core development, while the presence of the fuel tanks had been depriving for years the district of its coastal front. He added that projects are underway to change this.

He ruled out compensation for low building co-efficient, he said, which may be true for many other areas and any compensatory measure would negate the concept of urban planning.

The government cannot amend unilaterally the 25-year contract it signed with the airport’s managing company to introduce a levy, he said.

“Anything that was to be decided should be from the state budget,” he said. Annual state proceeds from the airport, he said, are to the tune of €45m to €50m.

The House transport committee is to discuss the issue again in September.