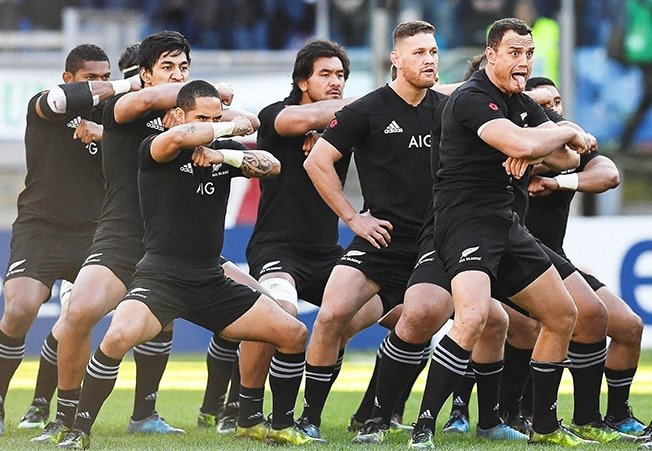 New Zealand are the two-time defending world champions. Only one All Blacks side, in 1971, have lost a series to the British and Irish Lions

In preparing his team for Saturday’s seismic first Test against the British and Irish Lions, All Blacks coach Steve Hansen has made a point of looking to the past for inspiration.

The history of past Lions tours. The reminder that only one All Blacks side, in 1971, have lost a series to the combined team. The fact that they are unbeaten at Eden Park since 1994.

And the recognition that for this group of players, the three-Test series will be their last chance to face the Lions.
“The Lions come every 12 years and we’re excited about that,” Hansen told reporters ahead of the first Test, which kicks off at 7:35pm (10:35am Cyprus time) in Auckland on Saturday.

“It’s a once-in-a-career opportunity for most people and look at the guys in the first game (Provincial Barbarians), they loved it and they are now keen to go to a higher level.

“The Super Rugby sides, they stood up and were counted and it inspired those young kids.
“You can feel the enthusiasm and real hunger in the hotel with the players. They’re really up for it.
“That’s what this Lions tour does for our rugby. We respect it.”

Respect for the current Lions team has been slow to come in rugby-mad New Zealand after the visitors sputtered through the first week of their tour.

Since then, barring a 23-22 loss to the Otago Highlanders, they have built momentum on forward-dominated performances that starved the opposition of possession and shut down their opportunities with a quick, smothering defence.

The inside back combination of Conor Murray and Owen Farell have also been superb with their tactical kicking, while the hard-running midfield of Jonathan Davies and Ben Te’o have proved the best at giving their side front-foot ball.

The big test against the All Blacks is whether they will provide that space to an attacking back three of Liam Williams, Anthony Watson and Elliot Daly, with coach Warren Gatland choosing the trio in the knowledge the Lions will need to score tries to beat the world champions.

Gatland said there was no point playing it safe.
“The message to the players before we came out to New Zealand was that to play the All Blacks you have to be bold and take risks,” he added.

“Yes we are playing to a structure as every team does, but we have been giving the confidence to the players to bring in an offloading game when its appropriate.

“We know we have got to be courageous coming here, we’ve got to be bold and play some positive rugby.”

Gatland’s worry is that if they get too positive and make errors, which they have been prone to do, the All Blacks will exploit them ruthlessly, as evidenced by their 78-0 thrashing of Samoa last week.

All Blacks captain Kieran Read has returned to the starting team after almost eight weeks out with a broken thumb, while winger Rieko Ioane was the only surprise selection for the world champions, replacing Julian Savea on the left wing.

Ryan Crotty has recovered from a rib injury to allow Hansen to pair him with Sonny Bill Williams in the midfield, with Anton Lienert-Brown coming off the bench to give the All Blacks “something different,” Hansen said.
“It gives us a 1-2-3 punch,” he added.