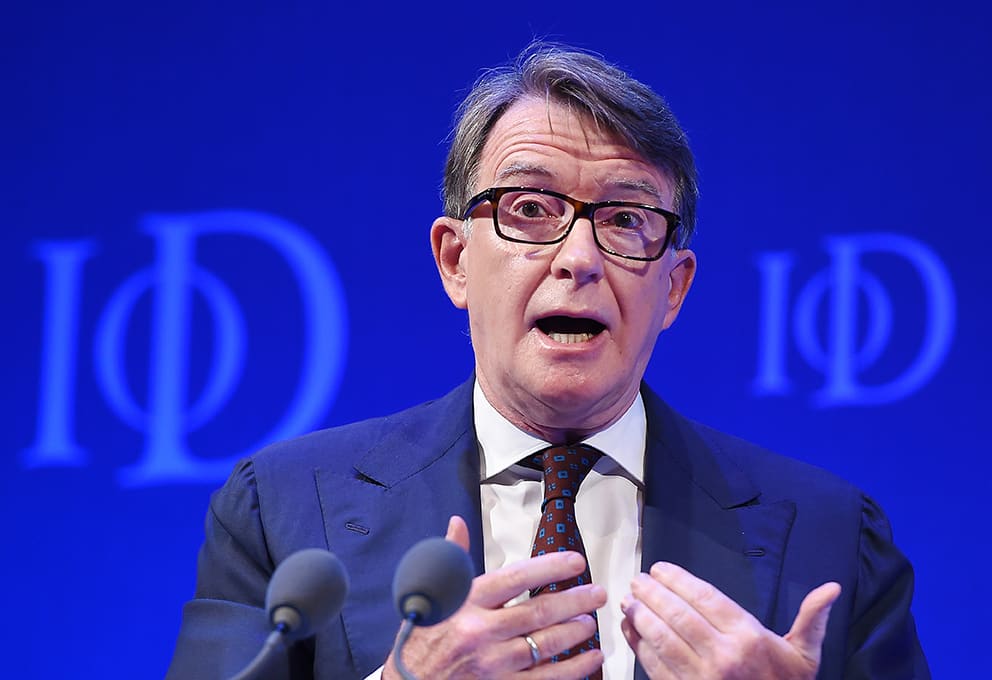 Britain now accepts that under article 50 of the Treaty of Lisbon there cannot be parallel negotiations on the effect of her withdrawal on such matters as the position of EU nationals living in Britain and on British nationals living in the EU, and on the EU budget, on the one side, and the framework of her future economic relationship with the EU, on the other. The principle that nothing is agreed until everything is agreed will, however, apply which means that Britain can walk away with no deal if it is a bad deal.

In the case of the negotiations on Cyprus it has been agreed that whereas progress on guarantees and security is essential in reaching an overall agreement, the leaders also agreed to continue their bicommunal negotiations in parallel on all outstanding matters, and that all issues will be negotiated interdependently in accordance with the agreement of the two sides of February 11, 2014. Again, the governing principle is that nothing is agreed until everything is agreed, although politically it would be difficult for either side to walk away with no deal.

Inspired it seems by the structure of the Brexit negotiations, Mr Anastasiades tried to introduce a similar structure in the Cyprus talks when he sought to segregate agreement on guarantees and security from the give and take phase on the wider issues. But neither the Turkish Cypriots nor the UN secretary-general were prepared to buy such a late change in procedure, presumably because the negotiations that had produced crucial convergences had been conducted on the understanding that outstanding issues would be left over for resolution in a final give and take conference with the guarantor powers.

The rationale behind first getting agreement on the terms of Britain’s withdrawal was that Britain is leaving the EU. She is not primarily negotiating a basis for staying in a relationship with the EU after Brexit. In the case of Cyprus there is no such clear denouement. Agreement on guarantees and security is hugely important but there will have to be give and take on such matters as territory, property, governance and power sharing as they are interdependent.

For example, the Turkish Cypriots may be prepared to abandon their demand for Turkish guarantees in exchange for the facility, in extremis, of being able to request international assistance as a constituent state, which is an issue of governance as well as security. The Greek Cypriot side might be prepared to compromise on the basis that it would be more conducive to Greek Cypriot security if the Turkish Cypriots with federal input, not Turkey, were the decision makers, which would also involve issues of power sharing.

My view for what it is worth is that the most pragmatic way forward is for there to be some mechanism for the Turkish Cypriot constituent state to request international assistance, subject to proper democratic procedures and federal safeguards, rather than having Turkey as a guarantor power.

According to Lord Mandelson, a British politician and former EU commissioner of great experience as a negotiator, the prerequisites for successful negotiations are: clear objectives, flexibility and trust. They may not realise it, but the negotiators in Cyprus have overlapping rather than divergent objectives. The clear Greek Cypriot objective is to achieve a functional federal Cyprus within the EU in place of the 1960 power sharing arrangements guaranteed by Britain and the motherlands, and an agreement that would enable as many Greek Cypriots displaced by the 1974 war to return to their homes as possible.

The clear Turkish Cypriot objective is to achieve a federal Cyprus within the EU that adapts, without diminishing, the rights of the Turkish Cypriot community under the 1960 constitution to a federal structure, and an agreement which guarantees their security and status as the core community in north Cyprus.

Flexibility in the context of the above objectives means both parties agreeing that the facts have changed and that it is necessary to accommodate the new facts by transposing the previous rights and privileges to a federal structure rather than slavishly adhering to old solutions to old problems.

The worry these days is not that the Greek Cypriots will hand over the sovereignty of Cyprus to Greece as it was in 1960. The worry today is whether the federation would be honoured and be made to work. That being the problem, it should be relatively easy to move away from guarantor powers to guarantee mechanisms.

That sort of conceptual shift in thinking makes the problem of guarantees far less toxic since guarantee mechanisms are far more acceptable than guarantor countries. A new protocol 10 attached to the Treaty of Accession of Cyprus to the EU could easily be devised to guarantee the status of Cyprus as a federal state. This would be much more effective than the present Treaty of Guarantee has ever been able to guarantee the Turkish Cypriots their share in the sovereignty of the Republic of Cyprus, of which they have been denied since 1963. Besides, given Turkey’s direction of travel under President Erdogan away from the secularism of Ataturk, it really is a big ask to expect the Greek Cypriots to accept anything other than an arm’s length relationship with Turkey after a solution.

I repeat, Turkish guarantees did not guarantee the Turkish Cypriot community their share of the sovereignty handed to the Republic of Cyprus on independence in 1960, whereas a new protocol 10 to the Accession of Cyprus to the EU after a comprehensive settlement would guarantee the status of the Turkish Cypriot constituent state in the federation. Security is of course a separate question to do with transitional arrangements for the staged simultaneous withdrawal and disbandment of the Turkish troops and the Cypriot national guard respectively.

Trust and negotiating in good faith is the most important commodity in negotiations. But it is not just trust and good faith among politicians but between the two communities themselves that is going to be crucial come the referendums.

As the start date of these final make or break talks approaches I would say to Greek Cypriots to not be overwhelmed by the terrible injustice that was done in 1974 because, for the Turkish Cypriots, the way things were before 1974 were as unjust and as terrible.

To the Turkish Cypriots I would give the advice given in the Art of the Deal by Donald Trump, ‘protect the down side and the upside will take care of itself.’ In other words, do not be greedy. I don’t care very much for President Trump but his gift – he would say genius –  for closing deals would clinch it in Crans-Montana if only he were reminded of the location of Cyprus.

Dissecting the qualities of leadership

Coastal development is both chaotic and tragic