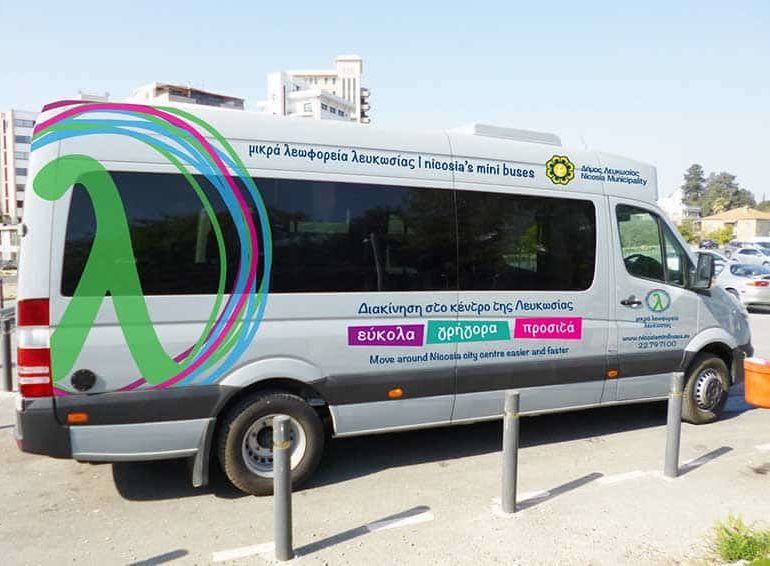 Rolled out a month ago, Nicosia’s minibuses have been taking passengers around the old town for free, in an attempt to get the public on the buses and reduce the number of cars clogging up the area’s narrow streets.

The four-week trial period is now coming to an end and the municipality, which is running the minibuses, is evaluating the progress.

So far, the buses have not become a major hit and the numbers using the service have been low.

I took the bus on three different occasions. The first time I was the only passengers. On another, one passenger was picked up and on a third, there were five people on board – two women and their children.

One of my bus drivers said that by midday he had picked up a total of seven passengers at different times.

But the municipality says it is confident that the service will take off. Although it refrained from disclosing any numbers, it conceded the service hasn’t proved popular yet but put this down to it being early stages and still in its trial period.

“We still haven’t done a lot of promotion online through our website or with the public via printing out maps,” spokesman for the municipality Makis Nicolaides told the Sunday Mail.

This will be done once all the data and feedback from the public is evaluated, a process which is set to begin next week.

“We will take on board any feedback the public has on routes, timetables and anything else so we might make any improvements. Once everything is finalised we will begin promoting it.”

Municipality staffers said they were hopeful about the concept and placed their faith on the promotion that is expected to follow shortly.

According to Nicolaides, the response so far has been positive and has attracted both young and old.

However, the Sunday Mail has learned it is mainly popular with older people who have probably heard of the buses as they live in the area.

Fully airconditioned, they can carry 21 people, 13 seated and eight standing. Three of the seats are for disabled persons.

The buses are free for the public as part of the trial period and will continue to be so until the municipality finalises the plan and sets a price, in co-operation with the transport ministry.

Two routes are on offer, both of which start at the old GSP stadium where cars can park for free and then head to the town on the bus without having to use their car thus reducing traffic.