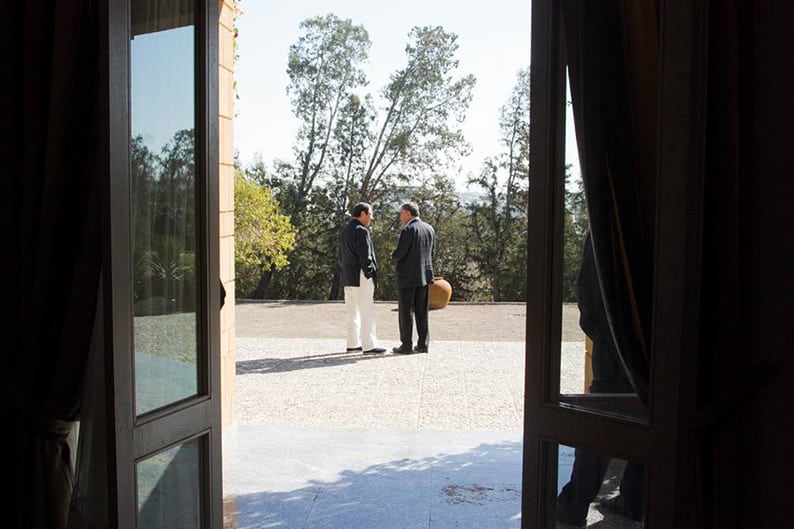 THE TWO sides may complain as much as they like about the content of the document prepared by the UN Special Adviser Espen Barth Eide, but they will still be in the Swiss resort of Crans-Montana on Wednesday for the start of the reconvened conference on Cyprus. Before then, Eide could make some minor amendments to his text, which is a guideline for the procedure and agenda of the conference and not a blueprint for a settlement. Any remaining objections would not be a reason to stay away from the conference as both leaders agreed to attend when they met the UN Secretary-General.

Having the two leaders going to Switzerland under protest and harbouring resentments is not the ideal preparation for a vitally important conference that would determine the future of Cyprus, but it is a big step forward nevertheless. The stage is set for big and lasting decisions. The two sides will have to choose whether to make the compromises that will ensure a common future in a shared country or to go their separate ways, making partition permanent. They cannot carry on talking inconclusively for another 10 years, pretending they were committed to a settlement while refusing to make the required compromises to achieve it.

Eide was very clear about what was at stake in Switzerland. Either there would be a comprehensive settlement or the Cyprus problem would be viewed as ‘unsolvable’, in which case the UN would give up its peace efforts, he said. Rejectionist Greek Cypriot politicians advertised their hypocrisy by taking exception to this remark, criticising Eide for suggesting the problem could be deemed unsolvable. They might not want a solution, but they are great supporters of solution talks that lead nowhere, hence their vehement opposition to the concept of the time-frame. But all good things have to end one day, including the UN-sponsored peace negotiations that have been going, on and off, for 49 years now.

The UN has reasoned that all conditions for reaching an agreement are in place. Nicos Anastasiades and Mustafa Akinci have been keen supporters of a settlement, even if the former appears to have lost his desire for a deal in the last six months. Turkey supports the process. The negotiations are Cypriot-owned so it is entirely up to the two leaders to reach a deal; there will be no arbitration to bridge unresolved differences as there had been in 2004. The Greek Cypriots, who always argued that the key to a solution was in Ankara, will be able to negotiate directly with Turkey at the Crans-Montana conference at which all issues would be on the table, with the objective, through give and take, to agree everything in principle. The chapter on security and guarantees will be on the agenda, while maps on territorial adjustments – both vital issues for the Greek Cypriot side – were submitted at the January conference.

If under these conditions and with the full support of our EU partners and the international community, with the possible exception of Russia, the two sides fail to reach a deal, it would be perfectly legitimate to declare the Cyprus problem unsolvable. If it cannot be solved now, what rational grounds would there be to argue that it could be solved in the future under far less favourable conditions? An unsolvable problem has been the preferred choice of a sizeable section of the Greek Cypriot leadership that is doing everything it can to keep it that way, with Anstasiades also appearing to side with them of late.

While maintaining the status is an option, its supporters are deluding themselves if they think things will remain the same. There have been hints about the possible withdrawal of Unficyp, the presence of which offers a big sense of security to the Greek Cypriots, in the event the UN gives up on the settlement efforts. Who would act as a protective shield against Turkish troops that would remain on the island and what would happen to the buffer zone? How many more Turkish nationals would arrive in the north in the meantime? Would our plans to become an energy hub ever materialise if we are in dispute with Turkey, which would step up the threats to stop drilling in our EEZ? These are just some of the adverse consequences of an unsolvable problem we would have little control over.

The uncertainty of an unsolvable problem must be foremost in the thinking of the wavering Anastasiades, who needs to rediscover the political will for a deal now that the best ever opportunity for a federal settlement is on offer. Most probably, it will also be the last. As Elvis Presley sang in 1960, not in relation to the Cyprus problem, but very appropriately for today, ‘It’s now or never.’