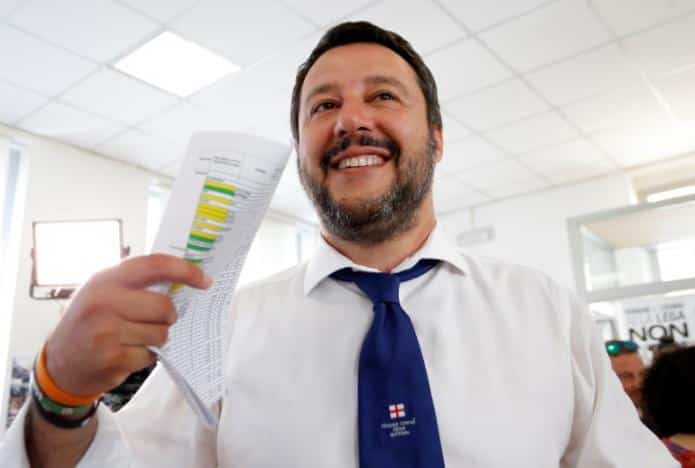 Italy’s centre-right parties hammered their centre-left rivals in mayoral elections, official results showed on Monday, putting pressure on the ruling Democratic Party (PD) ahead of a national vote due in less than a year.

An alliance of Silvio Berlusconi’s Forza Italia and the anti-immigrant Northern League won 55 per cent of the votes in Genoa, the northern port city that was a left-wing stronghold but which the right will now govern for the first time in more than five decades.

PD leader Matteo Renzi, who has been seeking to make a comeback since stepping down as prime minister in December, was the clear loser in Sunday’s vote, though polls show his party is still one of Italy’s most popular nationally.

“It could have gone better,” Renzi said in an early-morning Facebook post. “The overall result isn’t great. Some losses hurt, starting with Genoa and L’Aquila,” he said, referring to another former left-wing bastion city that fell to the right on Sunday.

The Northern League’s leader, Matteo Salvini, said the Genoa result was proof that Prime Minister Paolo Gentiloni had lost the country’s support and should step down.

The centre-left has governed Italy for four years, during which time the economy grew by only half the eurozone average. Three different PD premiers have struggled to shore up a banking system strangled by bad loans, and to manage half a million migrants who came by boat from North Africa.

At 46 per cent, turnout was very low by Italian standards, with many of the 4.3 million eligible voters probably choosing to go to the beach on the sweltering summer Sunday rather than the ballot box.

Sunday’s vote was one of the last before a general election due by the end of May 2018, but it may not be a reliable indicator of what will happen then. The first-past-the-post voting system used at the municipal level, which favours coalitions, may not be replicated at a national level, where a proportional system is now in place.

Sunday’s result could help unite centre-right parties which are in competition at the national level. Their strong showing suggests if they come together under a single leader they would be a force to be reckoned with at the general election.

“The centre-right must be united to govern, no matter the electoral law,” said Renato Brunetta, the head of Forza Italia in the lower house of parliament.

Genoa is the latest of a string of defeats in the PD’s traditional strongholds. Last year it lost Turin, Italy’s fourth-largest city, and the capital Rome, both to the 5-Star Movement, which was only founded eight years ago.

5-Star, which opinion polls say is slightly more popular than the PD nationwide, performed very badly in the first round of voting on June 11 and made the run-off in only one of the 25 largest cities. It added eight mayors to its modest tally.

The northern city of Parma went to the incumbent mayor who was elected as 5-Star’s first ever mayor in 2012, but ran as an independent after falling out with the movement’s leadership.

Three unions to strike on Tuesday at the co-op