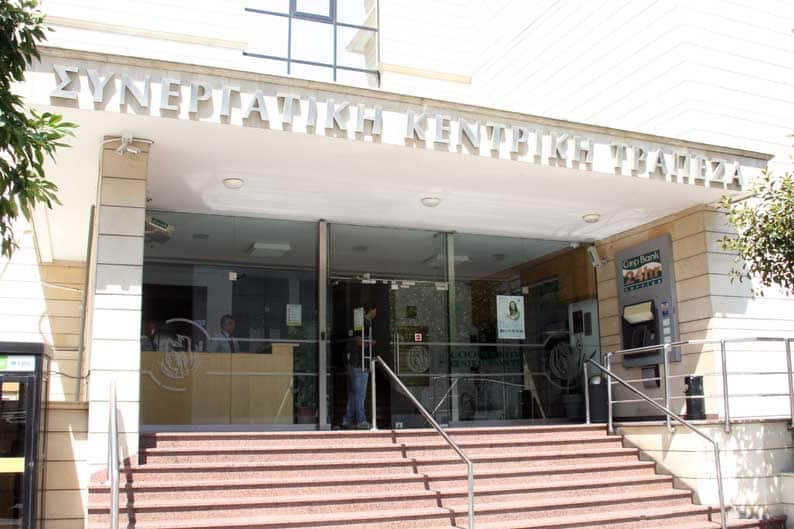 The members of three unions working at the bailed out Cooperative Central Bank will stage on Tuesday a three-hour warning strike to protest the employer’s refusal to discuss their demands, a union official said.

“We have come to this point because dialogue with the employers did not yield anything,” Elysseos Michael, secretary general of the private sector division of SEK, with together with PEO and Pasydy issued a joint press release on Monday announcing their intention to strike.

The unions demand from the Central Cooperative Bank in which the taxpayer injected since the banking crisis almost €1.7bn in the form of fresh capital, a partial roll-back of a 16 per cent salary cut agreed in 2014. In additions, the unions expect that the bank, owned 99 per cent by the government, agrees to a timetable to restore gaps in the remuneration of its staff resulting from mergers of previously independent cooperative saving banks.

“We are ready to engage in a dialogue,” Michael said and added that the union is willing to discuss the impact on the bank’s finances.

The three unions said that their members at the Cooperative Central Bank will abstain from work from 7:30 am to 10:30 am, Michael said.

Bank workers union Etyk which is not participating in the labour action encouraged its members at the bank to restrict their activity only to their usual duties during the strike. Etyk is expected to discuss with the bank’s administration the renewal of the collective agreement.

The Cooperative Central Bank, rocked by a decision of the financial ombudsman three months ago, as a result of which it returned €111m to overcharged borrowers, posted a €7m net profit in 2016 and adjusted its 2015 results to reflect a net loss of €176.4m. It originally posted a net loss of €165.6m in 2015. The bank is still struggling with €7.2bn in non-performing loans, or 60 per cent of its total loan book.

In March, financial ombudsman Pavlos Ioannou also warned Cypriot banks that they were running out of time to reduce their non-performing loans. Ioannou said that loans remaining un-serviced over a prolonged period could end up at the recovery department banks prompting them to turn to guarantors which in turn would affect the latter’s ability to service their loans.

The Cooperative Central Bank is in the process of preparing for a Cyprus Stock Exchange Listing that will allow it, via successive capital increases, to reduce the government’s stake to 25 per cent by 2020, as per its commitment to the European Commission’s Directorate General for Competition. Last week, the government announced its decision to donate 25 per cent of the bank’s stock to borrowers and depositors at the bank.

Italy’s centre-right wins in local elections, in blow to Renzi