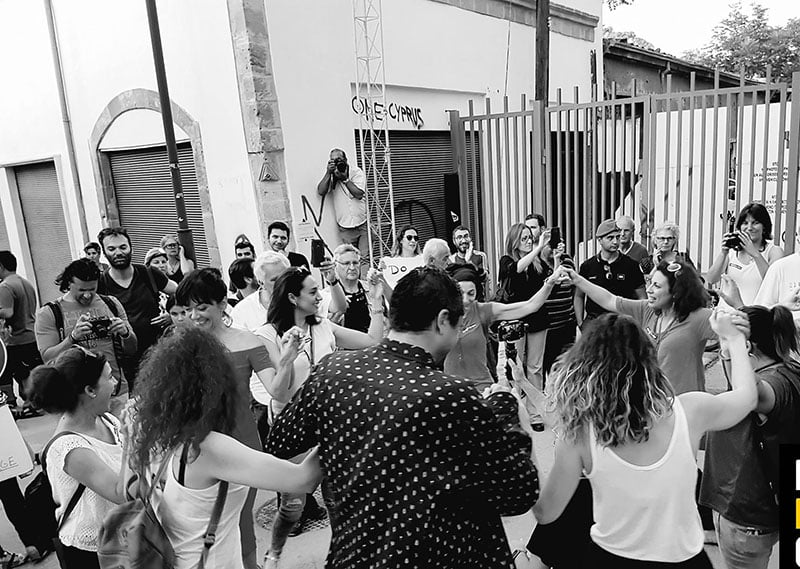 A number of Greek Cypriot and Turkish Cypriot organisations are to hold an event in the Nicosia buffer zone on Wednesday in support of the two leaders Nicos Anastasiades and Mustafa Akinci in their effort to reunite the island, it was announced on Tuesday.

The event is organised by several groups, organisations, parties and institutions who call on the Cypriot people “regardless of political, ideological or other beliefs” to join them in the buffer zone near the Ledra Street/Lokmaci crossing to send out the message to the two leaders that they support their efforts and to demand that they return to Cyprus with a positive result for the reunification of the island.

Wednesday is the first day of the Conference on Cyprus, reconvening at the Swiss resort of Crans-Montana, under the auspices of the UN Secretary-General Antonio Guterres.

According to a statement by trade union PEO, the organisers also call on the two leaders “to negotiate seriously, decisively, creatively, and away from expediencies, aiming at reaching an agreement that meets the expectations of the entire Cypriot people.

“It is our belief that the time has come for us to leave behind and finally bury the violence of the past, nationalistic outbursts and intolerance. Let us reiterate our belief that Cyprus is too small to be divided, but big enough to accommodate us all,” it said.

Temperatures to soar at the weekend