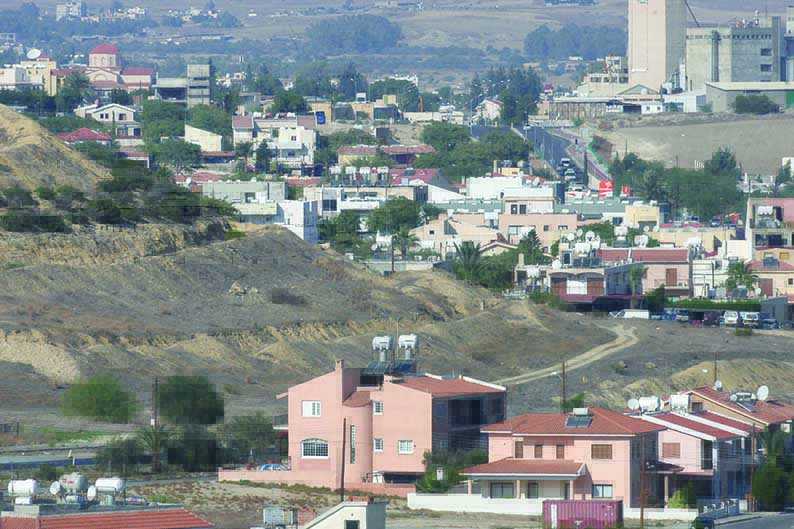 Lawmakers on Monday sought to further tweak an EU harmonising bill whereby the state would levy 19 per cent VAT on building and development plots.

It concerns the imposition of VAT on land sales for commercial property transactions.

Now, taking a page out of Dutch law, MPs have modified the definition of ‘building land’ – to be subject to 19 per cent VAT – so that it means undeveloped building land that is ‘clearly intended’ for the construction of one or more stable structures.

Finance ministry official Giorgos Pantelis said that, if the current definition stands, the state does not anticipate revenues from the transposition of the EU directive into domestic law.

There is thus no need for offsetting measures to cushion the effect on consumers, he argued.

Ruling Disy and socialists Edek have jointly tabled a legislative proposal allowing non-payment of capital gains tax (CGT) until the end of 2018, to counterbalance the soon-to-come 19 per cent VAT on land sales.

A prior exemption for payment of CGT had expired on December 31, 2016.

According to Pantelis, consumers have already been afforded tax relief, via the scrapping last year of immovable property tax, as well as a reduction in land transfer fees by 50 per cent.

He also reminded MPs that the legislation should be enforced immediately once enacted, as Cyprus already risks a fine from the European Commission for the delay.

The aim is to enact the law before the summer recess.

For its part, the Institute of Certified Public Accountants suggests that ‘building land’ is defined as that land for which there is in force, on the date of the sale contract, a town planning permit for its development; alternatively, land for which a duly completed application has been submitted for a town planning permit prior to or on the date of the sale contract.

Regarding the tax leasing/letting of immovable property for commercial purposes, the finance ministry official said tenants who rent for companies which have a VAT file and which engage in taxable transactions, will have the right to a VAT discount.

On the question of whether the full 19 per cent VAT would be levied on primary residences, Pantelis said the current definition exempts a great deal of building land from the new tax, and therefore the government sees no reason for a discounted rate on primary residences.

MPs had been considering inserting an amendment into the government bill to exempt from the 19 per cent VAT young couples who buy land in order to build their first home.

Under that proposal they would pay only 5 per cent VAT. This could be done either by paying the full 19 per cent VAT and then getting refunded the 14 per cent from the state, or paying the lower 5 per cent rate.

Also on Monday, the House finance committee discussed two bills tabled by the justice ministry and regarding cross-border debt recovery in civil and commercial matters.

Cyprus must adopt Regulation (EU) No 655/2014 of the European Parliament and of the Council of May 15, 2014 establishing a European Account Preservation Order procedure to facilitate cross-border debt recovery in civil and commercial matters.

Under the regulation, a creditor “should be able to obtain a protective measure in the form of a European Account Preservation Order preventing the transfer or withdrawal of funds held by his debtor in a bank account maintained in a Member State if there is a risk that, without such a measure, the subsequent enforcement of his claim against the debtor will be impeded or made substantially more difficult.”

Under the regulation, a cross-border case “should be considered to exist when the court dealing with the application for the Preservation Order is located in one Member State and the bank account concerned by the Order is maintained in another Member State.”

As the bills have been formulated, requests for Preservation Orders would be made to the Central Bank of Cyprus, which will then instruct a local bank to freeze a debtor’s funds.

According to the text of the EU regulation, the debtor should not be informed about the creditor’s application nor be heard prior to the issue of the Order or notified of the Order prior to its implementation, “in order to ensure the surprise effect of the Preservation Order.”

The secret of Macron’s success