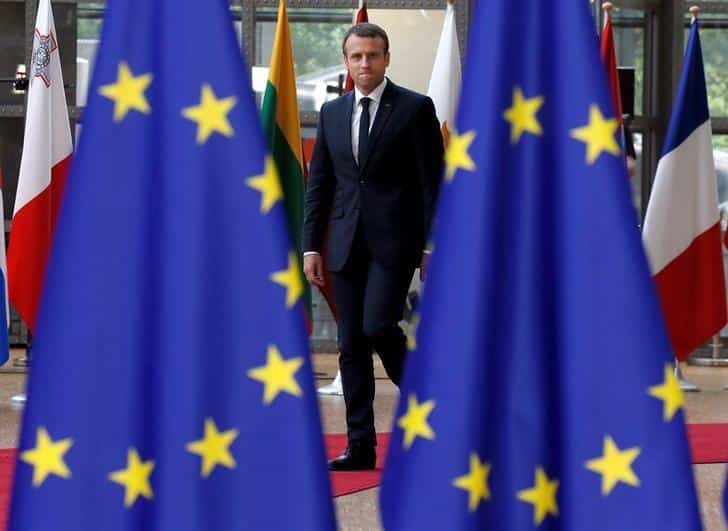 France’s new president has amazed Europe with the speed and élan of his rise, from a former minister to head of the republic in less than a year, from political neophyte to creator and leader of a winning party. He has amazed that world, too, with his charm, his debate incisiveness and ideological creativity, plucking ideas and policies now from the left, now from the right.

It’s ruthlessness that has got him there. This week, he caused four ministers to leave his cabinet, three of whom were members of the closely allied MoDem party and one who had played a large part in building Macron’s own Republique en Marche. No talk of being innocent till proven guilty. All are being investigated for (relatively mild) corruption and it’s only a preliminary inquiry, but the accusation was enough.

Bolstering the impression of Macron’s ruthlessness, the French media on Wednesday were full of anonymous quotes to the effect that he exercised tight control over ministers: “an outsized ego” who stops them governing, said the unnamed party sources.

Macron will need to be both ruthless and controlling. He now embarks on a twofold mission to succeed where his predecessors have failed, in a France seen as declining in its economy, its status and its optimism.

That mission is, first, to revivify France, and second, to re-establish it as an equal partner with Germany in revivifying the European Union.

He’s beginning with France. Though his clean sweep of presidency and parliament has been impressive, he will be uneasily aware of a record low voter turnout in the June parliamentary elections and that holding the centre means both left and right are against him.

He has already made clear that he wants to begin negotiations with the labour unions on injecting more flexibility into workplaces – easier firing, more hiring. In doing so he faces what one commentator has termed “the mother of all battles”  with organisations that have stymied change for decades. It will be a clash of different experiences and reflexes. Macron is young and educated at elite institutions, the unions are creatures of an industrial age in which job security and increasing wages were the start and finish of bargaining.

The European Union is a larger challenge, in part because he can control it less. German Chancellor Angela Merkel, the undisputed but lonely leader of the EU, was visibly relieved by his election. She gushed immediately after his May win that Macron “carries the hopes of millions of French people and also of very many people in Germany and in the whole of Europe”.

However, Merkel faces a tough election on September 24 and must calibrate her response to him to avoid alienating her voters. “German support cannot replace French policy making,” she said drily after her enthusiastic welcome to Macron. I don’t see why – as a priority – we should change our policy.

The chancellor was saying that she would not consider the loosening of the fiscal rules on which Germany insists and of her government’s attitude that France and other “Club Med” countries must stop piling on debt that digs them deeper into an economic hole.

Then there’s Italy, which has succeeded Greece as the centre of Europe’s concern. The third largest economy in the eurozone, Italy’s forecast growth rate of one per cent this year lags behind the modest growth in the rest of the EU and does little for the country’s dangerously indebted economy and banking sector.

Opposition to the EU is growing in Italy, where an election is likely early next year, perhaps late this one. Although the populist euroskeptic Five Star Movement did badly in recent mayoral elections, it still tops the national polls.

The never-to-be-discounted Silvio Berlusconi is also pledging to relaunch his Forza Italia party, while his allies on the right – the League and the Brothers of Italy – all reject pubic disaffection with the EU and could together beat the governing Democratic Party. An ailing, politically turbulent Italy poses a bigger danger to EU reform because, unlike Greece, the Italian economy is too big to save from default.

Macron must conquer these problems – along with the agonies of Brexit negotiations and the continued hostility of the central European members Poland, Hungary and Slovakia to much EU policy, especially on immigration –  if he is to join Merkel as chief engineer in the Union’s engine room. He has the wind behind him. But the opposing headwinds will be as strong.

John Lloyd co-founded the Reuters Institute for the Study of Journalism at the University of Oxford, where he is senior research fellow. Lloyd has written several books, including “What the Media Are Doing to Our Politics” and “Journalism in an Age of Terror”. He is also a contributing editor at the Financial Times and the founder of FT Magazine.

Our View: Harsher penalties needed for those who start scrub fires

Do you really think our children are safer in the UK?

Amid the ‘helicopter money’ nobody is mentioning UBI

Government needs to be more specific, people need to know