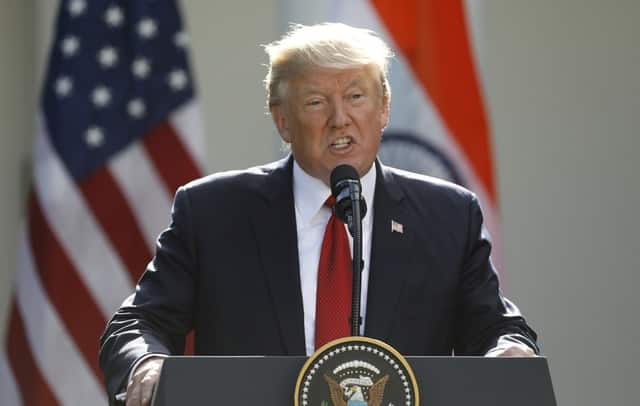 The United Nations’ top rights official has accused US President Donald Trump of breaking taboos by suggesting bringing back torture, and warned world powers against undermining civil liberties in their fight against Islamist militants.

Zeid Ra’ad al-Hussein also lambasted British Prime Minister Theresa May for threatening to change human rights laws if they got in the way of security operations, saying her words would give heart to authoritarian governments.

The UN High Commissioner for Human Rights told an audience in London late on Monday that the struggle against terrorism was “being exploited by governments” and risked undermining international rights treaties.

“And this contagion is spreading, fast,” Zeid said, citing suppression of dissent in Egypt, Bahrain and Turkey “under the banner of fighting terrorism”.

The UN Convention against Torture lays down an absolute ban, he said, noting that criminals also have basic rights. “If other leaders start to follow the same rhetorical course, undermining the Convention with their words, the practice of torture is likely to broaden, and that would be fatal.”

Scuttling the pact would remove a pillar of international law, he said.

Trump said in January that he thought waterboarding – an interrogation technique banned by President Barack Obama that simulates drowning – worked as an intelligence-gathering tool. But he also said he would defer to his senior officials.

Zeid said he was worried by Trump‘s “persistent flirtation” with a return to torture. There was little immediate danger of the United States using torture in interrogations, but that could change if there was an attack on US soil, he said.

“Mindful of how the American public has, over the last 10 years, become far more accepting of torture, the balance could be tipped in favour of its practice.”

After Islamist deadly militant attacks on London and Manchester, May told the Sun newspaper that if human rights laws “get in the way” of measures to tackle Islamist militancy, “we will change those laws to make sure we can do them”.

Zeid said her remarks no doubt reflected real anger but also seemed “intended to strike a chord with a certain sector of the electorate, and it is this expectation that truly worries me”.

“Whatever the intention behind her remarks, they were highly regrettable, a gift from a major Western leader to every authoritarian figure around the world who shamelessly violates human rights under the pretext of fighting terrorism,” he said.

“The president of the Philippines has spoken openly about extra-judicial killings. And the president of the United States of America has said that torture could be necessary in certain circumstances. There is no longer any pretence. They are breaking long-held taboos,” Zeid said.

“The dangers to the entire system of international law are therefore very real.”

‘Opportunity to reunify Cyprus finally before us’ (updated)