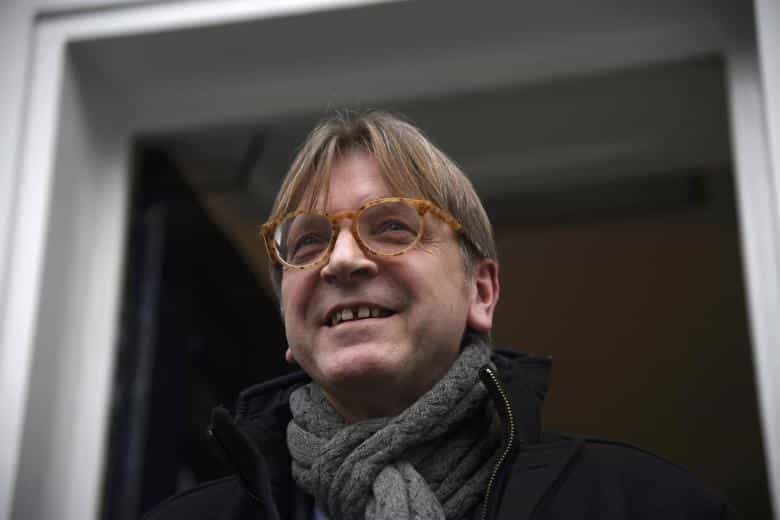 Leader of the Alliance of Liberals and Democrats (ALDE) Group in the European Parliament Guy Verhofstadt has called on the EU to step up support for a settlement to the Cyprus issue in the next few days, noting at the same time that both leaders on the island need to be warned against the dire consequences for both sides should this opportunity be wasted.

In a letter sent to European Commission President Jean-Claude Juncker, dated 23 June and posted on Wednesday on his personal Twitter account, Verhofstadt referred to a visit by an ad-hoc delegation from the ALDE Group to Cyprus in early June for an update on the state of play as the talks have resumed and in the run-up to the ongoing Cyprus Conference in Switzerland.

The delegation headed by ALDE Group Vice President Javier Nart met with all the key persons while in all these meetings the ALDE delegation underlined the importance of political leadership and determination towards reunification, ALDE Group President said in his letter.

He added that the ALDE delegation returned with the strong conviction that the Switzerland talks mark an historic and even last chance for reunification.

“While the positions of both Greek and Turkish Cypriot sides are close, roadblocks to a final agreement remain, and are exacerbated by sectarian and intransigent nationalist pressure from both sides,” he noted.

He encouraged Juncker to step up EU support for a settlement in the coming days and remind both leaders and both communities “of the responsibility to reach a negotiated settlement for the sake of the people of Cyprus, the EU and in the interest of broader regional stability”.

“Both leaders need to be warned against the dire consequences for both sides, should this opportunity be wasted. In addition, they need our public encouragement to be able to face opposition to reunification on each side”, he said.

He added that “we believe the EU must assume its responsibility to facilitate a solution, including supporting the new Cyprus once a settlement is agreed. I would therefore welcome your continued engagement in this process, particularly in the next days and weeks”.

“My group is ready to play a constructive role in order to ensure that the European Parliament fully backs the post-settlement process, including future assistance to the united Cyprus,” Verhofstadt’s letter concluded.

Meanwhile, in a tweet on Tuesday, Guy Verhofstadt expressed hope that Cyprus talks will be fruitful, referring at the same time to an historic chance for reunification.

“Flexibility is needed & EU role will be critical,” he noted in his tweet.