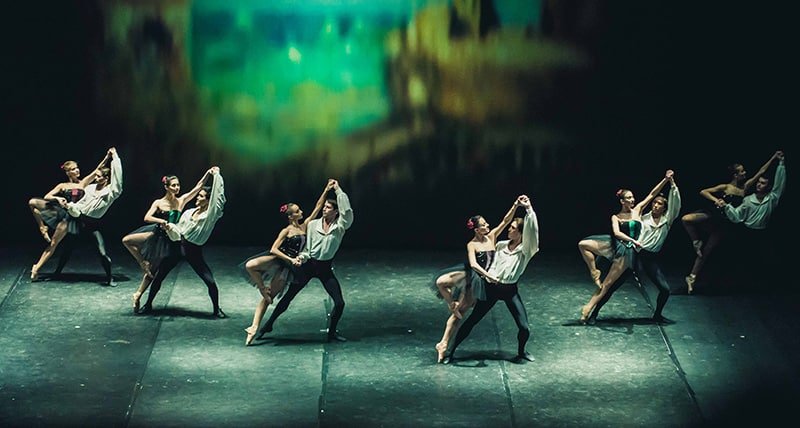 The summer season is all about music festivals, dance productions and theatre performances, a time for people to come together with one common love: art.

Luckily, our island hosts an abundance of these shows, all of them ready and willing to showcase their talents.

On Saturday, the Moscow State Ballet comes to Pattichion Amphitheatre in Larnaca with a 25-member team to present the stunning ballet Carmen, choreographed by the ingenious Andrey Mercuriev. Accompanying Mercuriev’s majestic choreography will be the music by the very well-known French composer G.Bizet. The second part of the performance will, however, abandon Carmen and the dancers will instead present part two of Swan Lake. The company will also show off their talent on Sunday at the Municipal Gardens Theatre in Limassol.

The Cyprus audience must consider themselves lucky as the internationally acclaimed Piaf! The Show, which has been a creative success in every country where it has been presented, is hitting the stage on our island on July 17 at Skali Aglantzias, Nicosia. It was conceived and directed by the Nice-based theatrical maverick Gill Marsalla and stars the amazing Anne Carrere, who is considered to be Edith Piaf’s legitimate musical heir. The show first premiered in 2015 and was inspired by the award-winning movie La Vie En Rose. In two 45-minute acts, it narrates the rags-to-riches story of the Parisian singer’s career through her unforgettable songs, complemented by a visual tapestry of previously unreleased photographs and images of famous locations of the Edith Piaf era.

For any lovers of lively Greek music, the popular Italian-Greek artist Kostis Maraveyas is coming to our island once again on July 9 and 10 in Nicosia and Limassol for two energetic performances. Maraveyas returns to present songs from his latest album Katastroma as well as his most popular older songs.

Maraveyas, also known by his stage name Maraveyas Ilegál, is a singer, songwriter, performer, television presenter and writer – yes, he does it all. He is a multi-instrumentalist as well as a multi-linguist. He began his musical career in the underground and alternative music scene in Italy and Greece, and is currently one of the most popular music artists in Greece and Cyprus.

On July 7 the Greek singer Yiannis Parios, also known as ‘the Singer of Love’, will perform at the Municipal Gardens Theatre, Limassol. Parios has been one of the most popular singers in Greece and Cyprus for the past several decades.

Finally, the world tour of Murphy’s Legacy – Irish Dance Reborn, which has been impressing audiences all over the world since 2015, will be making a stop in Paphos on July 29 and in Larnaca on July 30. Chris Hannon, the star of Lord of the Dance, joins forces with the stunning Zach Klingenberg to create an exhilarating show.

Bolt holds on to win 100m at final Golden Spike