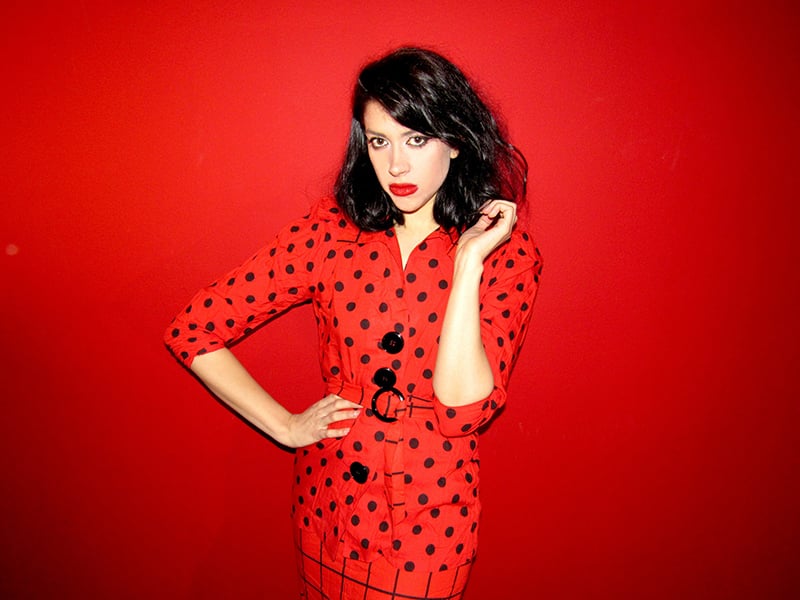 Where do you live?
I live on my own in the area of Pangrati in Athens, Greece.

Best childhood memory?
All of my childhood, growing up in Montreal, Canada. I deeply cherish that whole period of my life.

Most frequented restaurant and absolute favourite dish? What food would you really turn your nose up to?
Mavro Provato, in Pangrati. I love almost every dish on their menu, it’s hard to say really. I’m a huge food lover and find great excitement in always trying new things so I don’t turn my nose up to anything unless it’s gone bad.

What did you have for breakfast?
Whenever I don’t skip breakfast, I love to have a juice or smoothie with a vegetable omelette or a cold bowl of oatmeal with almond milk and fruits.

Would you class yourself as a day or night person? What’s your idea of the perfect night/day out?
Night person, hands down. The night has shaped me as I’m most active during the night. I usually spend my nights in, working, listening to music, watching films, writing music. I get a lot of my inspiration during the night.

Best book ever read?
I think the first book that ever really altered my perception on so many things was Living, Loving and Learning by Leo Buscaglia. It was given to me at 19, at the hospital after an operation. One of the most valuable gifts I’ve ever received.

Favourite film of all time?
The Before Sunrise, Before Sunset, Before Midnight trilogy by Richard Linklater. Because it honours realism and proves that it can be more romantic than any fairytale. They’re masterfully directed, written and acted and are truly groundbreaking for the genre (to say the least).

Favourite holiday destination? What’s your dream trip?
So many. Practically every Greek island I’ve ever visited, Tuscany, Rome and the Italian Riviera, Paris, the first time I visited London and every time I go back to Montreal. Dream trip? Japan and India.

What music are you listening to in the car at the moment?
I don’t own a car and don’t drive. At home, I’ve been listening to the new Lorde album and James Vincent Mcmorrow’s latest as well.

Dream house: rural retreat or urban dwelling? Where would it be, what would it be like?
I adore nature and rural retreats but am a city girl nonetheless. I’ve always lived in the heart of the city and wouldn’t want that to change any time soon.

If you could pick anyone at all (alive or dead) to go out for the evening with, who would it be?
Gandhi.

If the world is ending in 24 hours what would you do?
Hug and kiss my loved ones like there’s no tomorrow (pun intended).

What is your greatest fear?
Death.

Tell me a joke…
-Knock knock.
-Who’s there?
-To.
-To who?
-To whom.
Duska is a well-known singer on the English-speaking music scene in Greece. Her singles include, Slow, One in a Million and Won’t Leave