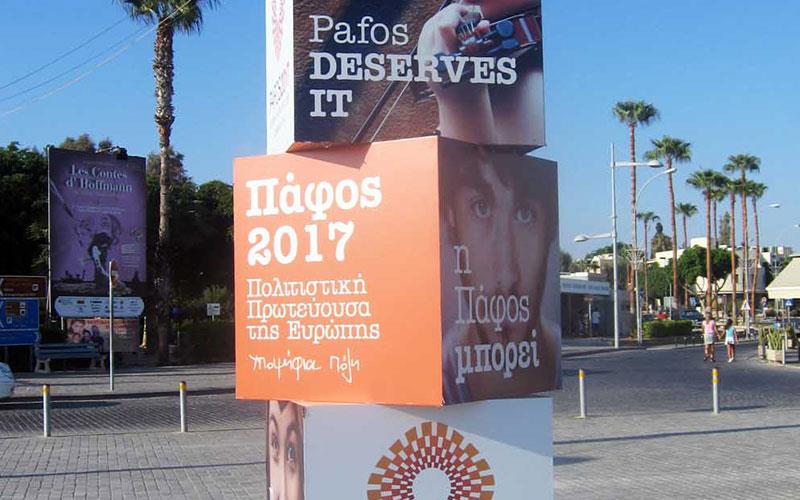 PREPARATIONS are underway in Paphos ahead of the cultural capital summer extravaganza that will take place in the coastal town on Saturday evening.

Thousands are expected to attend the ‘Eternal Voyages’ event in the second collaboration between Pafos2017 and renowned British outdoor events company Walk the Plank, which also staged the opening ceremony.

“This weekend, acrobatics and other spectacles in the air and the sea will give colour and a whole new dimension to the beachfront, with dynamic lighting and sound design, as well as impressive fireworks,” Pafos2017 said in a statement.

The show will take place from 8.30pm to 10pm across a large expanse of the sea at Kato Paphos water front from the municipal baths at ‘Ta Bania’ to the castle.

This section of Poseidonos Avenue will be closed to traffic from 5pm on Saturday afternoon.

“Parking for vehicles will be available at the main municipal seafront parking close to the harbour, Ayios Antonou Street and nearby car parks, as well as at Papantoniou Supermarket in Kato Paphos,” said a spokesman for the municipality.

Admission to the event is free, and thousands are expected to descend on the town this weekend, which holds the European capital of culture title for 2017 along with Aarhus in Denmark.

“The event is designed to be attended by a large number of standing guests. Therefore, there are no arrangements for seating, even for officials,” he said.

The audience will be able to watch the event along the seafront area, as well as on two giant screens that will be located at the central points at the seafront.

The event explores one of the prevailing themes of the Pafos2017 cultural programme ‘World Travellers’.

“This is going to be a truly remarkable event and one not to be missed,” the spokesman said.