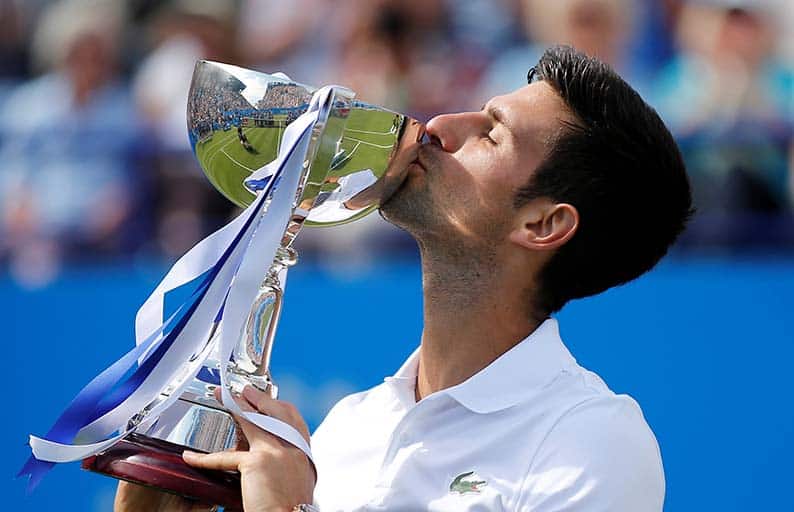 NOVAK Djokovic looked to have regained his confidence and form just in time for a concerted Wimbledon assault as he carved out an emphatic win over Gael Monfils in the Aegon International grasscourt final at Eastbourne on Saturday.

Djokovic once again wrapped up a 6-3 6-4 victory over the Frenchman he consistently gets the better of to lift the title in his first visit to Devonshire Park without dropping a single set.

The Serb then confirmed on court that his friend, former Croatian player Mario Ancic, would be a new part of his coaching team, along with Andre Agassi, at Wimbledon next week.

It was only the 30-year old’s second title of a difficult year in which he has struggled for form, faced injuries and split with his long-standing coaching team.

However, on Saturday he seemed rejuvenated by the bracing English seaside air.

Djokovic, who lifted his 68th career title and his first grasscourt title outside Wimbledon, now heads off to the grand slam in good heart as he seeks a fourth title there.