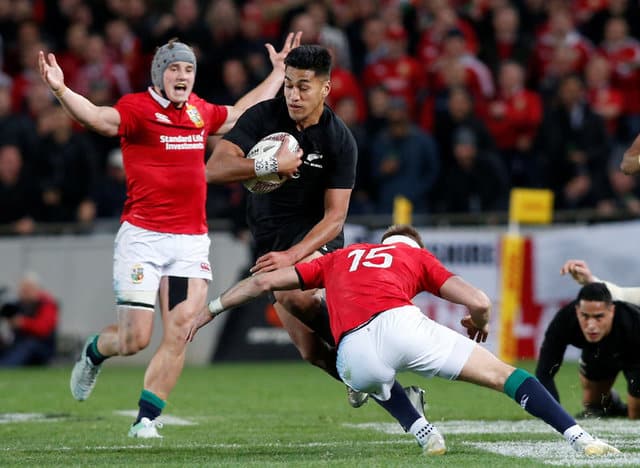 The match at Wellington Regional Stadium is crucial for the visitors, who must win it if they are to retain any hope of becoming just the second Lions side to achieve a series victory against New Zealand

The decision to start British and Irish Lions tour captain Sam Warburton in today’s crucial second Test is a reflection of coach Warren Gatland’s desire to attack the breakdown more and match the physicality of the All Blacks.

Warburton was not included in the starting side for last week’s 30-15 first Test loss at Eden Park, with Sean O’Brien preferred at openside flanker and Peter O’Mahony leading the side from the blindside of the scrum.

However, after being targeted up close by the All Blacks, the Lions saw their impressive defensive line speed out wide throttled and they lost the collisions, prompting Gatland to demand a greater physicality on Saturday (kick-off 10.35 Cyprus time).

Warburton’s elevation to the starting side means Gatland has gone for a dual openside partnership that complements each other.
O’Brien is the more aggressive with the ball in hand, while Warburton is a more defensive player and will undoubtedly be targeting the breakdown along with the combative Maro Itoje, who has also been elevated from the bench to replace George Kruis.

“We need to get some pressure on the ball and that’s something that Sam is excellent at doing,” Gatland told reporters. “We are aware of how physical they are and we have to match that physicality on Saturday.”

The match at Wellington Regional Stadium is crucial for the visitors, who must win it if they are to retain any hope of becoming just the second Lions side to achieve a series victory against the All Blacks.

While the world champions outmuscled the Lions last week, the visitors put them under sustained pressure for long periods and created numerous opportunities but were unable to finish them off, an issue that has bothered them throughout the tour.

While Gatland said the All Blacks deserved to win the first test, he added that his side had let themselves down by failing to maintain possession.

“We did play some excellent rugby and when we kept the ball we stretched them and put them under pressure,” Gatland said.
“We just need to keep the ball for longer periods and it’s just about taking those chances this week.”

All Blacks coach Steve Hansen has stuck with a pack who were impressive last week and beefed up the physicality of his midfield with Anton Lienert-Brown elevated from the bench, for the injured Ryan Grotty, to join Sonny Bill Williams.

Israel Dagg has moved to full-back from the wing to replace Ben Smith, who is out of the series with concussion, leaving World Player of the Year Beauden Barrett to run the side at fly-half after he shifted back to replace Smith last week.

“We had to go through the process of thinking, ‘Do we make a change at 10 and play Beauden at full-back or do we make the change at wing and play Izzy at full-back?” Hansen said.

“At the end of the day, we wanted Beauden to steer the ship at 10. Then it become a no-brainer.”

The decision indicated the All Blacks will probably mix up their attack to exploit space in Wellington, having used runners off scrum-half Aaron Smith as the focal point for much of their play last week.

“The beautiful thing about our game is it’s all about space,” said Hansen. “If you can find it, then you’re in business.”

‘A lot of hard work awaits’ in Crans-Montana (update 5)