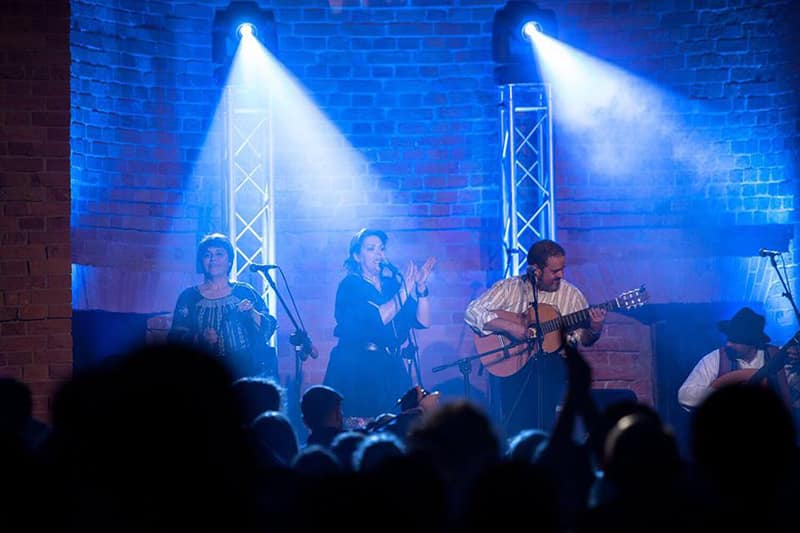 Over the next three days, the music scene will be jam-packed with artists coming over to entertain us from all over the globe, as well as local artists representing the home side.

Let’s kick off the list of musical gems with a jazz performance tonight in Nicosia by the Sarah Fenwick Trio. The trio, who are local jazz singer Sarah Fenwick together with Iacovos Parpas on the saxophone and Marinos Neofytou on the guitar, will jazz things up at Sara’s Jazz Club – not that it is ever jazzed down.

The trio’s repertoire includes classic jazz song pieces, as well as many compositions from the CDs Jazz Origins and Jazz Way. Nicknamed ‘Lady Jazz’, Fenwick has performed in Cyprus, the Middle East, the US and Europe. If you are one of the few who hasn’t seen her perform before, tonight could be the night for introductions, and if you have seen her before then you’ll know exactly what we are talking about.

Tomorrow, Limassol will have its Cuban groove on with a performance by the Cuban Latin quartet Yemaya Son. The band, directed by lead vocalist Pedro Son Caliente – who is originally from Cuba – also includes Alex Rodriguez from Colombia on keys and vocals, Alejandro Gonzalez from Cuba on percussion and vocals, and Rodrigo Caceres from Chile on bass and vocals.

Yemaya Son interprets a blend of salsa, rumba and Afro-Cuban rhythms, coming together to create an uplifting atmosphere. A perfect way for our July to take off in musical style.

It seems that Sunday is the new Saturday this week as Limassol’s Guaba Beach Bar will be presenting a summer carnival party with world famous DJs Vini Vici, with the support of Skazi.

The Israeli duo Vini Vici – Aviram Saharai and Matan Kadosh – will be turning the atmosphere electric with their unique and progressive style from 6.45pm when they take to the Guaba stage, while Skazi will be giving it all he’s got from 8pm for an hour. The trance DJ, also from Israel, will give the carnival summer bash those hypnotic finishing touches that will keep us hyped up until the next one.

As part of the Animafest Cyprus festival, the Spanish band Viguela will be entertaining the crowd in Nicosia on Monday. The four musicians who make up the band, namely Juan Antonio Torres, Mary Nieto, Carmen Torres and Luis Garcia Valera, take their country’s musical tradition very seriously. They have been together for 30 years, spreading the musical idioms of their homeland Castilla La Mancha, the southern part of the Iberian plateau, which is at the heart of Spain.

Speaking of the kinds of songs they perform, the band said: “We work with old songs that have been part of our existence, our duties, our lives. They talk about what we are, because we are inside them and everything around us. We perform them in our style, in a way that we have inherited.”

In April last year, their album Temperamento was released by the British label ARC Music. Following on from this release, they toured Spain, Norway, Hungary, Sweden and Germany. That was the beginning of the band’s international unveiling, and it isn’t finished yet.

‘A lot of hard work awaits’ in Crans-Montana (update 5)