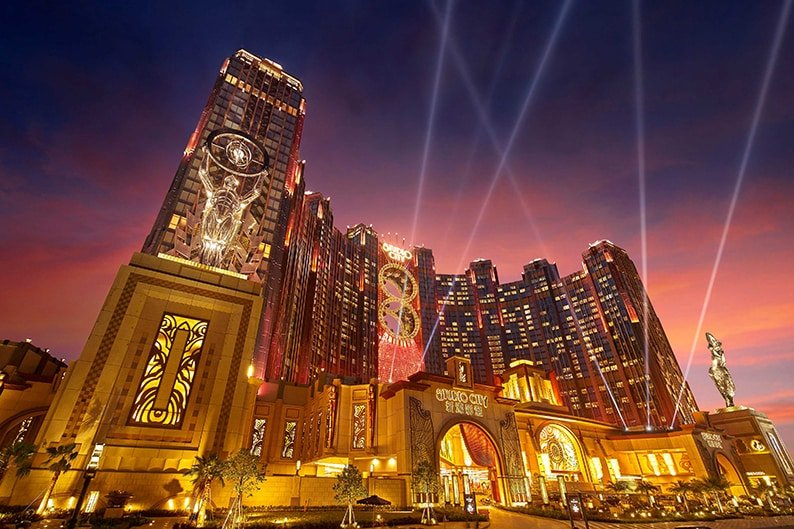 After years of debate, a contract for Cyprus’ grand integrated casino resort was signed earlier this week, promising thousands of job opportunities and increased tourism through a €500m investment.

Set to be completed by 2020 in Zakaki, Limassol, it will be built next to the city’s My Mall covering a huge expanse of area and, according to the government, create over 4,000 jobs and bring in a whopping 300,000 tourists per year.

A day after the signing, Melco announced they would be buying Hard Rock’s shares. Thus, pending the approval of the government, Melco will hold 70.74 per cent and CNS the remaining 29.26 per cent, which Melco says would benefit Cyprus as it would streamline the process and allow for more flexibility. It is likely the design plans will change following Melco’s majority stake.

“Our goal for Cyprus is to start implementing the project as soon as possible,” and more plans will be unveiled very soon, a Melco representative told the Sunday Mail.

The contract allows for one integrated casino resort, set to be the largest one of its kind in Europe, spanning 9,000 square metres, with 136 gaming tables, 1,200 gaming machines, a luxury hotel with 500 rooms with the capacity for expansion, a conference hall of 6,000 square metres that can accommodate audiences of 1,500, and a wellness centre covering 4,000 square metres.

Additionally, the investors are allowed to operate four satellite casinos across Cyprus and one temporary casino until the major resort opens.

Rumours have been rife that at least one of the satellite casinos will begin operating by the end of this year, reports that chairman of the national gaming and casino supervision commission Christos Mavrellis does not deny.

“No formal applications have been submitted yet,” Mavrellis told the Sunday Mail though he did not rule out the possibility.

Spokesman for the consortium Andy Choy had said during the signing ceremony that the temporary and satellite casinos would be up and running by March 2018.

Two possibilities have been suggested as locations of the temporary casino –  the Monte Caputo nightspot in Amathus and Trikkis Palace, on the Limassol-Nicosia highway – but Mavrellis could not confirm this before applications are submitted.

The investors are expected to do so in the coming weeks, but one source close to the matter told the Sunday Mail, the temporary casino may be in the west of Limassol. This may hint at Millennium Palace, also in Zakaki where the permanent casino will be built. The venue is often used as a wedding and reception hall.

Zakaki lies to the west of Limassol and was until a decade ago a neglected part of the city, and only really began to get a facelift after My Mall opened its doors to the public in 2009. The road from the city centre to the mall is still lined with several derelict old buildings and factories, a sad contrast to developments such as the marina and mall on either side of it.

According to the Limassol Chamber of Commerce (Keve), plans are currently in the pipeline to make the area less of an eyesore, most likely through expropriating old buildings and offering incentives to attract lucrative business.

“Already, we have seen the beginning of these plans,” Zakkaki community leader Andreas Demetriades told the Sunday Mail.

“Development has begun in earnest and residents are very pleased.”

At Ayios Antonis, the roads leading towards the castle and marina are already being expanded to accommodate four lanes.

“We don’t have any concerns. We’re just very happy that the casino will be in our area as it will bring in more development to the west of Limassol,” Demetriades added.

Additionally, he said it was far more likely that problems plaguing the area such as mosquitoes would be settled so as to keep the investor and influx of visitors happy.

As far as residents are concerned, director of Limassol Tourism Company Maria Stylianou Michaelidou said the benefits the casino would bring – including the upgrading of the area and an increase in the property value – would far outweigh any possible concerns they may have.

In a broader sense, it would positively impact Limassol, attracting high quality tourism and extending tourism throughout the year, she added.

Currently, the most popular tourist season is from May until the end of October with room for improvement between November and April, which is a period more popular for conferences and business travel, Stylianou said.

What sets apart Cyprus’ integrated casino resort with others across Europe is that the one in Limassol will be developed based on the American model such as found in Las Vegas, Stylianou said.

“We are talking about a resort not just a casino operation. This concept includes luxurious accommodation, fine dining, high quality shows and happenings, shopping, spa, cultural centre, conference facilities, children entertainment areas and events, all aiming at offering an unforgettable experience to the high-profile guests,” she added.

The concept is different to European casinos which focus more on the casino operation than the accompanying amenities and offerings, making Cyprus’ casino a more integrated and “exceptional visitor” experience, Stylianou said.

No one under the age of 21 will be able to use the casino, though Mavrellis stressed the resort itself with the hotel and venues, is open to all.

With Cyprus’ notoriety for betting and the toll gambling addiction can take on families, former President Demetris Christofias had opposed the creation of a casino on social grounds, but the current government saw it as a way to attract investment, particularly after the 2013 financial crisis.

But Mavrellis said the government will take measures to ensure social responsibility. There will be black lists forbidding entry to people for various reasons, one of which may be an addiction to gambling. Although regulations are still being prepared – with the assistance from UK experts – people may even opt to voluntarily be placed on the black list.

“The law will then bar them from entering the casino for three years.”

Additionally, family members may request someone be placed on the list. “There might be a mother who says her husband doesn’t pay child support and is on welfare. She might make an application to us and we would have to review it,” Mavrellis said, though he acknowledged it was a grey area.

Every single person employed will need to be approved by the gaming commission which will also evaluate details such as the layout of the casino – where the tables will be placed for instance, the gaming machine suppliers and even tour operators, Mavrellis said.

To make the bureaucratic process easier for the consortium, any applications or forms that need to be submitted will be handed over directly to the cabinet, as opposed to all the various departments such as town planning or municipality.

The casino, which is expected to bring in €100m a year in taxes, according to earlier statements by Finance Minister Harris Georgiades, will require a lot more infrastructure – such as electricity, water supply and better access, all of which can be met, said Stylianou.

While many wealthy casinos visitors will be unlikely to use public transport, improved services will also be needed. Currently bus route 30 goes to the mall, but with the further development of west Limassol, more means of transport will probably be evaluated. Lanitis Group is also working on a golf resort in the area, which will further increase the need for better infrastructure.

This leaves ground for new ideas, Stylianou said, such as introducing a boat taxi from one end of Limassol to the other.

Although this is still early stages, this is just one of many ideas that will be investigated to boost Limassol’s image as a high-quality tourism destination, she added.

Coffeeshop: Might not right for alpha males fight in Switzerland