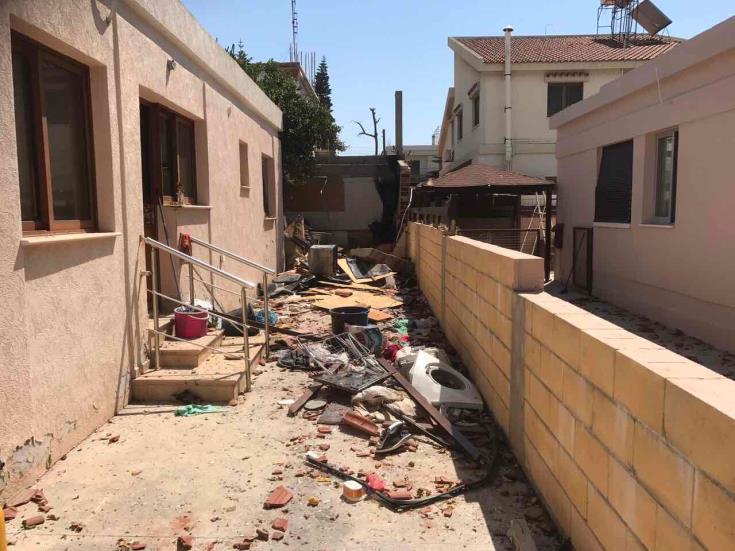 An auxiliary building used as a kitchen was destroyed early Sunday in Limassol by an explosion and fire caused by gas leak.

The head of the Limassol CID, Ioannis Soteriades said that the explosion occurred shortly after midnight, due to a gas leak in an auxiliary building located at the back of a house in the Omonia area.

Two fire engines went to the scene to put out the blaze caused by the explosion.

The auxiliary building was destroyed by the explosion, while construction material and other objects that were in the kitchen were hurled in the surrounding area causing damage to neighbouring houses and a vehicle that was parked nearby.

The owners of the house were absent when the explosion occurred. Nobody was injured.