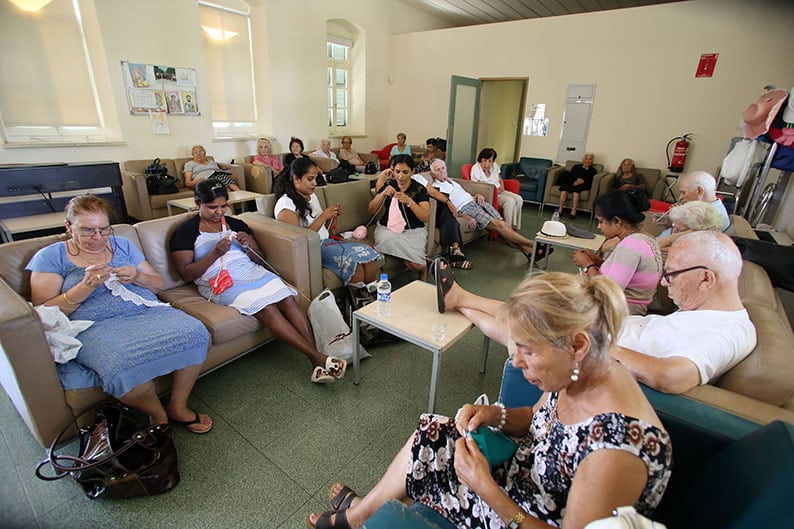 Health authorities said on Monday they were expecting more cases of heatstroke as temperatures reached their highest of any July in the past 30 years, claiming the lives of two women aged 60 and 75.

The 75-year-old woman, who had a pre-existing medical condition, died from heatstroke on Sunday. The 60-year-old, who was suffering from health problems, was found unconscious at her home in Nicosia on Sunday and taken to hospital. Her death was announced on Monday. Her post-mortem indicated she had died from heatstroke.

Three other incidents of heat stroke were recorded on Sunday at the Nicosia general hospital.  One of the cases concerned a one year old whose parents left it out to play near a pool in the afternoon.

The other two cases concern elderly people, one of them suffering from a chronic health condition.

“Yesterday there were four cases of heat stroke at the Nicosia general hospital, while a 75-year-old, with a severe medical history and chronic diabetes problems, died,” said assistant director of the Emergencies Department of Nicosia, Andreas Eliades.

According to Eliades, the other three people are hospitalised with high fever at Nicosia general hospital, but are out of danger.

Calling for public awareness, he recommended that large amounts of water should be consumed during the day, as well as fruit and vegetables, avoidance of alcohol, coffee and heavy foods such as oil, chocolates, spices.

Additionally, exposure to the sun should be avoided, as well as unnecessary movement and heavy physical exercise.

“More attention should be paid to the vulnerable population groups, such as infants, elderly people and pregnant women, while people with chronic diseases or under medication, such as diuretics or antidepressants, should consult their doctor for any special measures needed to be taken,” Eliades concluded.

The Nicosia areas of Parissinos and Archangelos were left without electricity for several hours on Monday evening, following damage to underground power transmission cables due to the high temperatures and humidity.

“As from Tuesday and up to the end of the week, temperatures are expected to gradually drop at a normal level.”

Normal levels for this time of year are around 36C-37C.

Due to the high temperatures, the Nicosia municipality announced that its multipurpose centre will be open to the public in the coming days to offer cold drinks and an air-conditioned space to all those whoe need to escape the scorching heat.

The municipality said the centre will be open daily from 7.30am to 6pm.

The multipurpose centre is located at 40 Nikiforos Fokas street near the Famagusta Gate. For info call 22 797850.

In addition, the public will be able to shelter at the air-conditioned halls in the Strovolos Town Hall canteen, the Strovolos Cultural Centre and the Strovolos Elderly Club, that will be at the disposal of the vulnerable groups.

According to an announcement by the municipality of Strovolos, the halls will be available to the public from 8am to 3pm.

New roadworks around the capital (Updated)