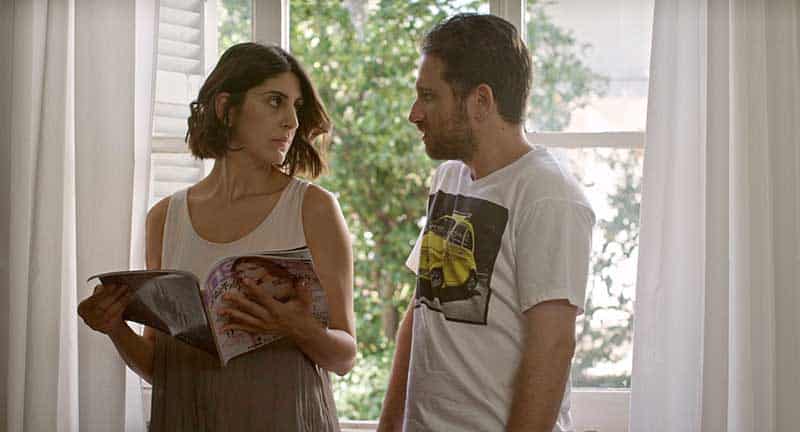 Hot nights, summer in the city, and what to do? You could head out for cocktails – but then you’d need to dress up (or, at the very least, put on a clean pair of shorts). You could stay indoors in the air conditioning (though goodness knows what that’s going to do to your electricity bill). Or you could make the very most of your evening: distracting yourself from the heat with good company, a great film and a bucket of popcorn (no clothing changes required!). Yes, it’s summer cinema time so why not take full advantage and enjoy the plethora of outdoor screenings coming soon to a park/garden/square near you?

In the capital, it’s the Konstantia Summer Movie Marathon which is the biggie: running from July 12 to September 10 with 9pm showings every Wednesday and Sunday, this is a favourite with locals. Organised by the Cultural Services of the Ministry of Education in collaboration with Theatro Ena, the series boasts 22 films in total, each shown twice. From the opening film on July 12 (I, Daniel Blake) through two showings of local masterpiece The Magic Beans (July 30 and September 2) and the culmination of the festival with a screening of multiple Oscar-winner La La Land (August 12 and September 9) there’s a genre for everyone. Le Petit Prince, Beluga, Neruda, I Still Hide To Smoke, and Lion will all be showing over the next two months in a screening series that’s perfect for anyone stuck in the city.

Alternatively, capital residents can drop into the Phaneromeni 17 Arts Festival in the coming days. Set in the courtyard of host and organiser the Bank of Cyprus Cultural Foundation and billed as “culture roofed by the sky”, this events series includes three film screenings: two in English (Chocolat on July 12 and Pretty Woman on July 19), and one in Greek (The Lovers Arrive, July 24). All showings start at 9pm and, as a bonus, the Foundation’s museums and exhibitions are set to remain open until midnight – making for a truly cultural evening all round!

Meanwhile, down in Limassol, the Rialto has gone for a mini-series of screenings inspired by the sub-continent. The Indian Summer Cinema sees two open-air screenings over the next eight days, bringing a taste of Bollywood to the shores of the Med. First up is Tanu, a romantic comedy in which a London-based doctor returns home to Delhi and, in the company of his parents, meets his prospective bride… Turns out she already has a significant other and plans to tie the knot – cue many mishaps and much mayhem. The following Monday, Hawaa Hawaai takes a light-hearted romp through the life of a young boy in Mumbai who dreams of becoming a professional rollerblader – lack of money notwithstanding! Both jolly Bollywood adventures start at 8.30pm, and will be screened under the sky in the parking space behind the Rialto.

Lastly – but by no means leastly – Larnaca. The Larnaka Cinema Society will be hosting over two months of outdoor screenings this summer in the gorgeous gardens of the Pierides Museum. Taking place every Monday (except for August 7) this series is a little different from the usual run of blockbusters… Focusing on the alternative, the Society aims to bring “quality cinema to a local audience: great movies that might not otherwise make it to the big screen.” A great choice for true cinema buffs, the series starts with Court, a Hindi and English-language drama (subtitled in Greek) which details a trial concerning the death of a Mumbai sewage worker. The following Monday sees a screening of French film Lolo, while the remaining weeks in July take us to Greece (with the film Xenia) and Iran (with a showing of The Salesman). Alternative films from Japan, America and a variety other countries make the cut before September brings us four screenings dedicated to the Greek Weird Cinema genre: Park, Attenberg, The Eternal Return and Dogtooth.

All in all, this summer cinema surfeit allows no excuse for collapsing on your couch of an evening… Get out there, feel the evening breeze, and enjoy these weeks of open-air entertainment. Yes, it may be summer in the city but – come winter – you’ll be wondering why you didn’t take advantage of every starlit entertainment opportunity around!

Summer Movie Marathon
The Konstantia open-air cinema in Nicosia from July 12 to Sep 10 (all screenings at 9pm). Entrance is €5 (free to under-10s and those with disabilities), for more information call 22 349085

Indian Summer Cinema
At the Rialto, Limassol on July 3 and July 10. Screenings start at 8.30pm. Entrance is free. For more information call 77777745 or visit http://rialto.interticket.com/

Open Air Series
Hosted by the Larnaka Cinema Society in the gardens of the Pierides Museum from July 3 to September 25. Screenings start at 8.30pm. Entrance is €5 (€3 for Society members). For more information call 99 434793 or visit www.larnakacinema.com

Former top cop to plead not guilty to leaking information