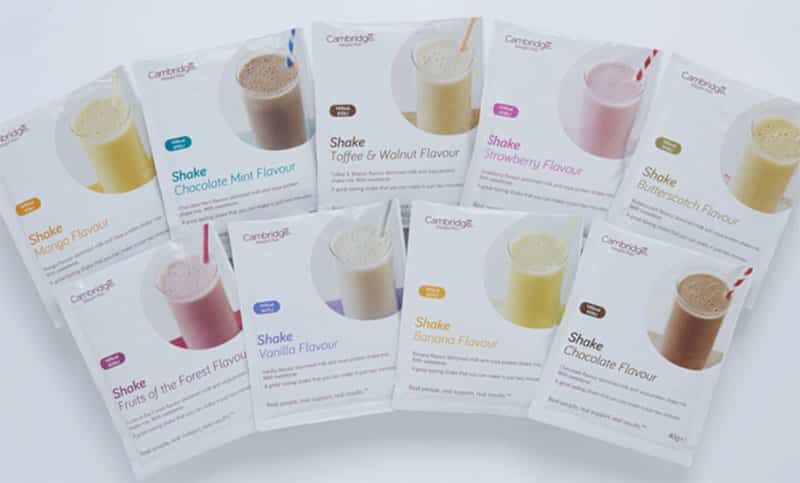 Forty five thousand people in Cyprus have put themselves on the Cambridge weight loss plan in the 11 years it has been available on the island, seeing themselves get slimmer and reverse medical conditions related with excessive weight.

This week the programme launched its new campaign Lose Weight, Win Your Health Back, that aims at reminding people of the connection between excess weight and disease such as high cholesterol, insulin resistance, prediabetes, and type 2 diabetes. It stresses that a 10 per cent weight loss can lead to the reversal of symptoms.

Medical Director of Cambridge Weight Plan UK Professor Antony Leeds, on the island for the launch of the campaign, stressed how important weight loss is for good health. Cambridge weight plan is currently involved in a major research programme funded by the EU on diabetes related weight reduction.

“Three studies are underway on prediabetes, diabetes and late-diabetes,” Leeds told the Cyprus Mail. He added that preliminary results recorded the reversal of diabetes. The full results of these studies are to be announced at the International Diabetes Convention in Abu Dhabi later in the year.

“In Denmark we have research on osteoarthritis, people with heart disease, skin problems – in all studies the same thing has been said, the very effective weight reduction of about 10 per cent or about 10kg of weight loss actually does give a health benefit,” Leeds said.

He added that Cambridge weight loss plan could be a “safe, effective, cost-effective intervention that does actually work” that could be used by health care providers as it’s cost is much lower than that of drug interventions.

There are 200 million people in the world who will develop diabetes, he said, while in Cyprus 16 per cent of the population is at risk.

“In the meantime, we know that, and lots of people here in Cyprus know that if they do the programme, and if they comply and do it properly they get a very good result,” he said.

Helen Zenios (who is also a Nutritional Therapist) along with her husband Peter Zenios, are managing directors for Cambridge Weight Plan in Cyprus, the diet formula developed more than four decades ago for patients who had to lose weight fast and safe, not only works but also transforms lives. “We can actually say that we are the most successful diet in the world, we are permitted to say that because we are the most researched, the most scientific. Everything we say we can prove through scientific research,” she said.

Many people with health issues in Cyprus who do the weight loss plan say they lose ten kilos and see their conditions either reversed or improved, she added.

“It’s about re-educating the people of Cyprus on what is a good diet and what is a bad diet. It doesn’t matter if Cambridge is not eating food. Sometimes you have to break the bad relation-ship you have with food. The way to do it is taking everything away from them and start again. And then you break the bad habits, you have your meals and you start introducing to them a better relationship with food,” Zenios said.

Cambridge Weight Plan was the brainchild of biochemist Dr Alan Howard then working at the Dunn Nutrition Laboratory in Cambridge who wanted to create ‘the prefect diet’ for patients, and who got together in the 1970s with Dr Ian McLean-Baird, of the West Middlesex Hospital to do just that. The aim was to create a formula food with excellent weight loss properties but no undesirable side effects. The product proved very successful in obesity clinics in the UK, and in 1984, a commercial version of Cambridge Weight Plan was launched in the UK, and from there, it spread throughout the rest of the world. Cambridge Weight Plan, consisting of shakes and snacks containing all the calories and nutrients needed, is available in 44 countries.