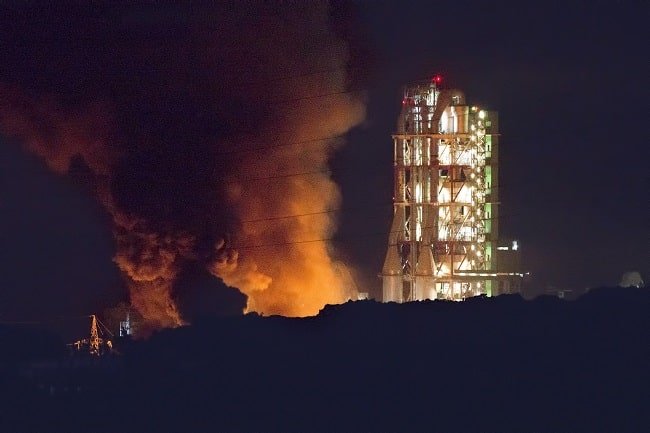 A huge fire that broke out close to Vassiliko’s cement factory, oil depot and electricity substation in Vassiliko late on Monday night, had been contained by Tuesday morning and was under complete control by lunch time.

The factory has not commented on the causes of the fire or if its safety measures were adequate.

The fire services and disaster response unit Emak were notified at 10.35pm on Monday that a fire had started at a pile of wood and rubber near the installations.

An employee later reported that when he first noticed the fire, it was small, but was blown into full scale in a matter of seconds.

On Tuesday morning, fire services spokesman, Andreas Kettis, said the fire was under control but still burning. The facilities in the area are now believed to be safe but black smoke is still billowing.

Eight fire trucks were used, according to Tragkolas, who said the fire would continue for 24 hours because of nature of the flammable materials set ablaze.

Tragkolas had warned on Monday that the fire could spread to the cement plant, the electricity substation and nearby high-power electricity cables.

According to the fire services, the fire broke out at an Electricity Authority storage area. North-easterly winds meant heavy smoke was blown in the direction of Limassol.

The firefighting continued throughout the night as firemen tried to prevent it from spreading.

Opening on the Paphos art scene this week