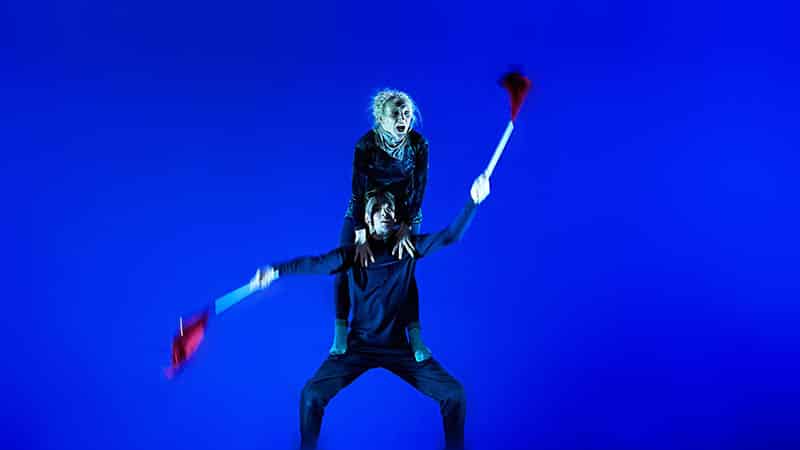 Within the framework of the International Festival of Ancient Greek Drama, the Mikhail Chekhov Riga Russian Theatre from Latvia will present Medea by the ancient Greek playwright Euripides at Curium Ancient Theatre, Limassol on Friday and at Skali on Sunday.

Directed by Vladislav Nastavsev – one of Latvia’s most prominent directors and composers – the cast includes Guna Zarina as Medea, Mikhail Troynik as Jason, Igor Cernavskis as Creon, Maksims Busels who will be playing the messenger and Andrejs Granenko, Arje Lermans as the children.

At the beginning of the play the audience sees Medea in a state of devastation. Her husband, Jason, has married another woman, Glauke, daughter of Creon the King of Corinth. On top of that, Creon banishes Medea and her two sons from Corinth. She swears revenge and swiftly sets about finding a way to kill them all.
First, she convinces Creon to let her stay in Corinth for one more day. This gives Medea enough time to put her plot into motion. Next, Medea has to secure a safe place to retreat to once she’s committed the murders. By an incredibly lucky coincidence, Aegeus King of Athens happens to pass by. Medea promises to cure his sterility if he swears to offer her a safe place. Of course, she neglects to mention she’s about to kill a bunch of people.

Now that she has the time and a safe place, she can finally get to work. She tricks Jason into believing that she’s now cool with his new marriage and begs him to ask Glauke if their two sons can stay in Corinth. Jason is moved and agrees. Medea gives him a gown and a golden crown. Jason and the children trot off to the place with hope in their hearts. Their hope is misplaced as Medea neglects to mention that her gifts are cursed.

When the princess puts on the gown and crown, her entire body catches fire. When Creon sees his daughter’s flaming corpse, he throws himself into the fire and dies as well.

Now there is only one thing left for Medea to do. Kill her sons. She drags the boys inside the house and kills them with her sword, leaving Jason devastated. She erupts into the sky in a chariot drawn by dragons and takes their corpses with her as she flies away.