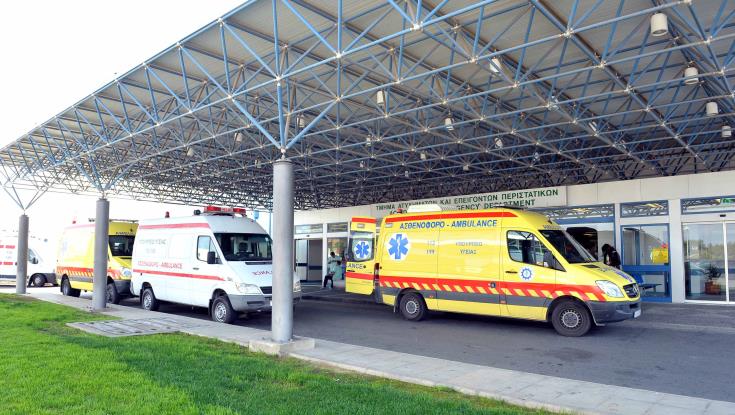 A 71-year-old woman is the third person to die the last few days from heatstroke, it was reported on Wednesday.

The woman who was suffering from a pre-existing medical condition, was being treated in the Nicosia general hospital’s intensive care unit since Sunday but died late on Tuesday.

A health ministry official told the Cyprus News Agency that the 71-year-old was admitted to hospital on Sunday with high fever but didn’t make it due to the other medical problems she was facing.

Two more people with heatstroke symptoms were taken to hospital the last 24 hours, the official said, an 83-year-old woman from Nicosia and a 50-year-old man from Famagusta, both of them with pre-existing medical conditions.

In total, ten people were taken to hospital since last Saturday with heatstroke – most of them elderly citizens – three of whom died, while another is in the Nicosia general hospital’s ICU.

Meanwhile, authorities on Wednesday urged the public to call for an ambulance only in serious cases and not abuse the service as the workload almost doubles in the summer and there are many emergencies.

According to the head of the health ministry’s ambulance service, Riana Constantinou, the last few days they have been receiving between 180 and 220 calls daily. The average number of calls, she said, is between 100 and 150.

“There is always increased workload in the summer due to high temperatures and high tourist influx. We receive calls for heatstroke, heart attacks, accidents, but also for headaches and stomachaches,” Constantinou told the Cyprus Mail.

She added that in cases when a person feels ill but is in a position to walk, they should be taken to hospital by a private car, rather than calling for an ambulance.

She said that they receive calls from people who are drunk or from their relatives asking them to pick them up from a location, or from people who complain for headaches, fever, diarrhea or stomachaches. In many of these cases, she said, patients don’t even need to go to the accident and emergency department but rather consult a doctor.

“It is a shame to keep ambulances busy when there are true emergencies,” she said.

Due to the high temperatures, the health ministry urges members of the public, especially those in vulnerable groups – infants, the elderly and pregnant women, people with chronic illnesses or under medication – to avoid unnecessary exposure to the sun and heavy physical exercise.

Following the record temperatures of the last few days, as of Tuesday, temperatures were expected to drop. The Met office said that temperatures would start to fall and by Wednesday would return to normal  levels for July which was around 36C to 37C.