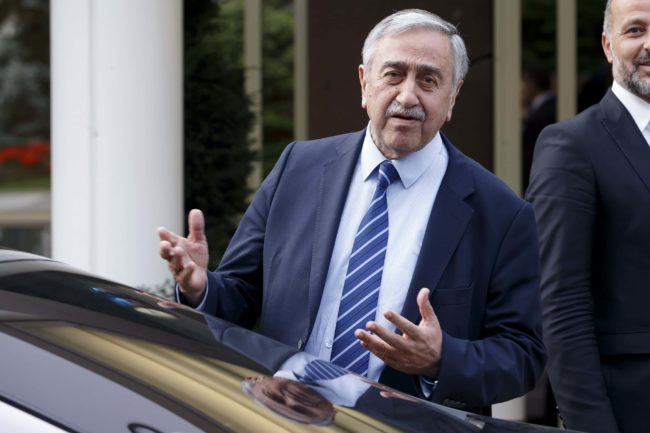 WHILE President Nicos Anastasiades kept out of the public eye on Friday, Turkish Cypriot leader Mustafa Akinci was vocal about his disappointment over the failure of the talks.

Other than the criticisms he levelled at the Greek Cypriot side over its ‘zero troops, zero guarantees’ policy, the Turkish Cypriot leader was very much aware of the uncertainty for the future of the unrecognised breakaway state in the north.

“Unfortunately, we couldn’t manage to complete the last trial of our generation to reunify the island successfully,” Akinci told reporters in Switzerland. “At a point where both sides have lost, unfortunately, the talks failed. This chance we lost might hardly ever come again,” he said.

Akinci said Turkey had been ready to show flexibility on the issue of guarantees and troops. There had been a suggestion that the prime ministers of the guarantor powers should go to Crans-Montana and join the talks for a few days. “However, as we proposed this, the other side was already preparing their suitcases,” he said.

He said the Greek Cypriot side accepted the rotating presidency, only under the condition of zero guarantees zero troops, and the acceptance of the map they proposed for territory.

He repeated several times that the problem was the insistence on zero troops and zero guarantees. “The Conference started with it and finished with it,” he said.

Referring to the rotating presidency, Akinci said the Greek Cypriot side had indicated it could accept it if the Turkish Cypriot side accepted the zero troops policy.

Asked about the next steps for the Turkish Cypriot side, Akinci said: “Let’s return to Cyprus to talk about what our next plan will be. We only came here with plan A to reunify the island.”

“This is not the end of the world. We will find a way to live with honour. We will manage this,” he added.

Akinci said a federal solution after the talks collapse would be very, very difficult.

“I wish the next generation good luck on this and that one day maybe Turkish Cypriots and Greek Cypriots will decide together that there is no longer a need for troops on the island,” he said.

The way to achieve this is increasing the level of cooperation between the Turkish Cypriot and Greek Cypriot communities, along with cooperation on natural gas and improved relations between Turkey and Greece, Akinci added.

On equal treatment for Greek and Turkish nationals he said the Turkish Cypriot side wanted a 1:1 ratio

Considering the number of Greeks in the south this was a reasonable demand, he said.

Picking up the pieces from Crans-Montana