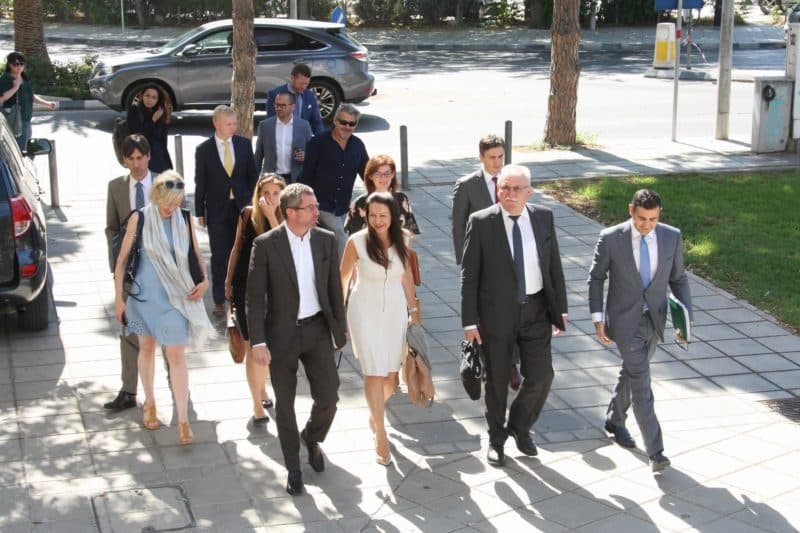 A Hong Kong-based news website on Thursday made new allegations about illicit funds laundered by the Cyprus Branch of FBME Bank, just a day before the European Parliament’s Panama Papers Committee began its visit Cyprus.

The list of customers of the Tanzania-based FBME, which operated mainly via its Cyprus branch included “the biggest collection of financial outlaws the world has seen in decades,” the Asia Sentinel said in a report on Thursday.

The customer list of the bank, which US authorities described as a financial institution of money laundering concern, included members of the Russian Mafia, money launderers from Indonesia, Japan and Thailand, international drug gangs and people behind phishing scams, the Asia Sentinel reported.

The report also alleged that Somali pirates laundered ransom receipts from abducted ships and crew through the bank. The owners of FBME have applied to the International Chamber of Commerce arbitration court seeking up to €1.5bn in compensation from the Republic of Cyprus -whose economy strongly relies on shipping- for closing it down.

Asia Sentinel also reported that FBME, stripped of its Cyprus branch and the Tanzanian parent bank licences, helped the Cyprus-based Prevezon Holdings Ltd deposit and launder up to $500m (€440m) which originated from Hermitage Capital Management which lost $230m in the scam.

Russian lawyer Sergei Magnitsky who then worked for Hermitage Capital, died in jail after he exposed those who attempted to cover up the fraud who in turn had him arrested.

President Vladimir Putin’s personal friend, the cellist Sergei Rodulgin, may be linked to the funds transferred via FBME, the Asia Sentinel reported citing Hermitage Capital’s chief executive Bill Browder, who did not rule out that the Russian president may be behind the theft.

“Asked if Putin was the ultimate force behind the theft of Hermitage’s assets, Browder said the connections make it likely,” the Hong Kong-based news site reported.

The Cyprus Business Mail reported last month that some of the stolen Hermitage Capital funds may have ended up via FBME Bank to finance the chemical weapons programme of Syria’s ruler Bashar Al Assad and to the account of the Russian finance ministry.

A number of the companies involved, including Balec Ventures Inc., Tredwell Marketing Ltd and Maribo Group Ltd, which banked with FBME and were implicated in the financing of the Syrian chemical weapons’ development by an Ernst & Young report, also appeared in the Panama Papers.

On May 15, Attorney General Costas Clerides said that while the police were investigating probable wrongdoings at FBME, no charges had been filed.

It is also schedued to meet the chairman of the parliament’s Finance Committee Averof Neofytou, representatives of the Central Bank of Cyprus, the Cyprus Securities and Exchange Commission and representatives of banks, according to a statement issued by the member of the European Parliament, Takis Hadjigeorgiou, member of GUE/NGL and Akel.

“The mission is carried out in full cooperation with Cypriot authorities in an attempt to discuss and review the effective implementation of and enforcement of the (European) Union’s law, as defined by the mandate of the committee of inquiry into the Panama Papers,” Hadjigeorgiou said.

The delegation, led by its chairman Werner Langen, member of Germany’s CDU and the European People’s Party (EPP), is scheduled to dine with Minister of Foreign Affairs Ioannis Kasoulides, late on Friday before departing on Saturday.