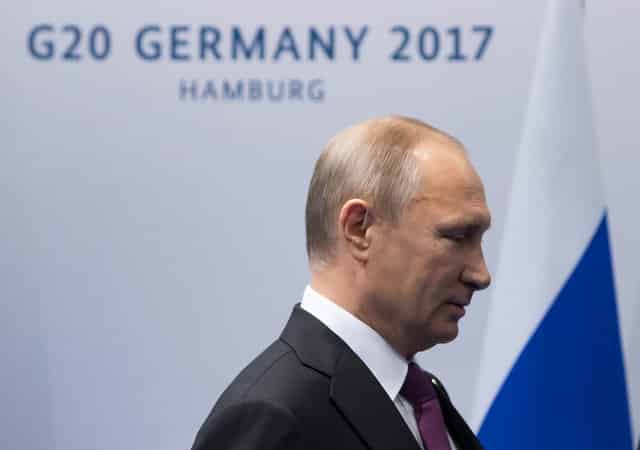 President Vladimir Putin said on Saturday he thought his US counterpart Donald Trump had been satisfied with his assertions that Russia had not meddled in the US presidential election.

Speaking at the end of a G20 summit in Germany where the two leaders met face-to-face for the first time, Putin said he believed he had been able to establish a personal relationship with Trump, and that the initial groundwork had been laid for an improvement in US-Russian ties.

Their meeting, on the sidelines of the Hamburg summit, was subject to intense scrutiny, following allegations that Moscow had tried to help Trump win the White House, and a Washington investigation into the Russia ties of Trump associates.

Putin was pressed by reporters at a news conference to share details of the discussion he had with Trump about alleged Russian election interference. Russia has denied trying to influence the US election.

“(Trump) asked a lot of questions on this subject. I, in as much as I was able, answered these questions. It seems to me that he took these (answers) on board and agreed with them, but in actual fact, it’s best to ask him how he views this,” Putin told one reporter.

Pressed again later in the same news conference by reporters about what precisely Trump had told him, Putin said: “He started to ask pointed questions, he was really interested in particular details. I, as much as I could, answered him in a fairly detailed way.

“I believe it would not be entirely appropriate on my part to disclose details of my discussion with Mr Trump. He asked, I answered him. He asked pointed questions, I answered them. It seemed to me that he was satisfied with those answers,” Putin said.

Putin also spoke warmly of Trump’s personal qualities. The two men have spoken by telephone since Trump won the US presidential election last year, but had not met until the G20 summit in Hamburg.

“I believe that we have established personal relations already,” Putin told a news conference.

“The TV Trump is very different from the person in reality. He is absolutely precise, he reacts as you would expect to his interlocutor, he analyses fairly quickly, answers questions that are put to him.

“It seems to me that if we build our relations the way that our conversation went yesterday, then we all have grounds to believe that we can, at least in part, restore the level of cooperation that we need,” Putin said.

He said in particular that the Trump administration was taking a more pragmatic stance on the conflict on Syria. A ceasefire deal for southern Syria that was announced during the summit was the result of that new approach, Putin said, and represented a “breakthrough.”

Diver to complete 39 dives in his 93rd year