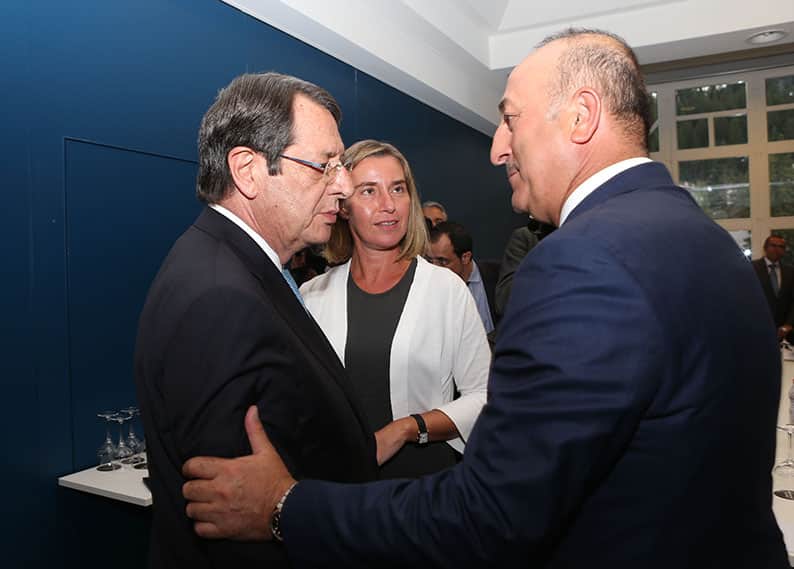 Main opposition Akel cast a shadow on Sunday over President Nicos Anastasiades’ version on who was to blame for the collapse of the settlement talks in Switzerland.

In an announcement, Akel’s parliamentary spokesman Giorgos Loukaides, said that they hoped that the UN and the EU’s versions are the same as that of Anastasiades as to the reasons that led to the collapse of the talks in the early hours of last Friday at the Swiss resort of Crans-Montana.

The announcement comes ahead of the National Council meeting set for Monday where Anastasiades is to inform political leaders on what happened at the working dinner held by the United Nations Secretary-General Antonio Guterres on Thursday evening that led to the latter announcing that “the Conference on Cyprus was closed without an agreement being reached”.

Akel however, citing EU and UN sources that put the blame on Anastasiades for the collapse of the talks, said that they are weary of this position.

If proven otherwise, Loukaides said, “as already appears to be the case, it will have negative side-effects, in addition to what the continuation of the (Turkish) occupation involves”.

On the one hand, he said, it would “weaken, if not cancel, every effort to put pressure on Turkey in the future to agree on a mutually acceptable solution. On the other hand, it will weaken our effort to tackle potential expediencies and new grim realities by Ankara”.

Loukaides said that he is baffled by how, according to Anastasiades’ version, Turkey was “in a direct and absolute conflict with the Guterres framework”, since the latter, through his spokesman, welcomed the following day, Turkey’s strong commitment to the process.

“We hope that in tomorrow’s briefing, the president will answer to the serious questions arising and most importantly, to make sure that the EU and the UN would have the same version as his,” Loukaides said.

Anastasiades, who is to address the people on Monday, refrained from making any comments on Turkish President Recep Tayyip Erdogan’s statements, who reiterated on Saturday his country’s position that it was impossible to reach a settlement within the parameters of the UN.

Speaking to a press conference after the G20 Leaders’ Summit in Hamburg, Erdogan said that Turkey would continue its efforts in solving disputes in Cyprus.

“Despite our all efforts, the second session of the Cyprus conference, which began on June 28, remained inconclusive. Dedicated efforts, the friendly and modest attitude of Turkey and of the Turkish side were not met with the deserved response,” Erdogan said. He added that Turkey would continue efforts and that If a solution was not found based on other parameters, they would start considering plans B and C. He added that his government would evaluate these issues and would announce the results to its interlocutors.

On Erdogan’s comments, Anastasiades merely said, on Saturday, that he would address the people on Monday.

UN sources told the Cyprus Mail that Turkey would be prepared to accept an end to guarantees and rights of intervention, and had consented to a clause in Guterres’ framework for negotiations for the Crans-Montana talks, which stipulated a fall-back to the 1960 Treaty of Alliance figures for Greek and Turkish troops on the island – 950 and 650 respectively – with final decisions on whether these were to withdraw altogether, and when, to be made “at a higher level”, meaning the three guarantors’ prime ministers. But when Anastasiades was informed of this, the sources said, he started insisting on zero troops.