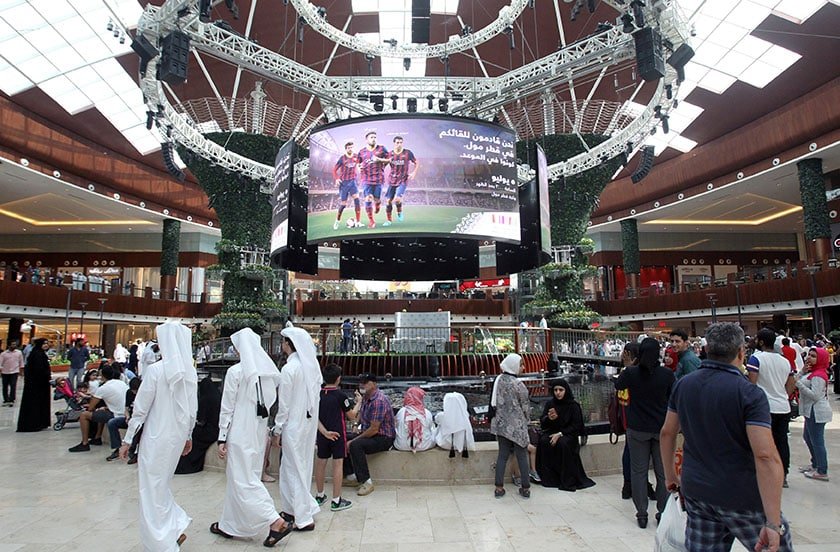 As expected Qatar rejected the 13 demands of the group of Arab states (Saudi Arabia, Egypt, UAE and Bahrain) for them to end the boycott and the blockade of the country and normalise relations. The outcome, though appearing negative in the first instance, may not be as disappointing for some as it may seem.

Accepting the demands would have amounted to a gigantic climbdown for Doha. Shutting down al Jazeera, closing the offices of the Muslim Brotherhood and scaling down its relations with Tehran – some of the more challenging items in the list of demands – would have immediately placed Qatar unequivocally in the camp of Saudi Arabia, a position Qatar’s rulers could not countenance.

On the other hand, for Riyadh to allow Doha back into the fold of Arab countries without accepting their demands would have meant accepting and legitimising divided and conflicting policies of Arab partners on vital political and strategic issues. Saudi Arabia would have none of that.

Is there room for compromise? Under current circumstances it is difficult to foresee that. With the backing of the most powerful country in the world, not to mention most of the Arab world, King Salman of Saudi Arabia may appear justified in sticking to his guns. It is hard to see how the longevity of the dispute may adversely affect the sanctioning countries in any significant manner.

For Qatar, however, it will be a different story. Absent a solution, the soft power of al Jazeera will probably diminish in the Arab world whilst its otherwise flourishing air travel industry will in all likelihood suffer a serious setback. The travel ban on its nationals will result in an unhappy population even as its increasing dependence on non-Arab states, particularly Shi’a Iran, for essentials will further alienate it from its Arab neighbours.

Negotiations may start at some point between professional diplomats to resolve the dispute. However, unlike the world of business, political negotiations do not always aim for a successful conclusion. It is not as if admitting what would at best be a half-hearted Qatar back into the group would achieve half the Arab countries’ objectives. The polarised politics of the region would not allow for that. Anything short of full compliance, as far as the sanctioning countries are concerned, would appear to undermine the object of the exercise. In which case there can only be two outcomes: the continuation of the current situation or Doha’s complete and unconditional acceptance of the terms.

This dispute may not carry in itself the risk of a military clash, but it certainly does not help the regional political divisions either. The loud entry of Ankara into the fray in support of Doha as well as the more subtle backing of Tehran may reinforce already hardened positions in Syria and elsewhere.

It is high time all countries in west Asia and north Africa realised that there will always be differences between them. However, their security framework should at all times transcend any such disagreements. It only serves the interests of outsiders to allow the escalation of differences into the morass of political divisions and the abyss of an uncertain future.

A story to counter the cynics