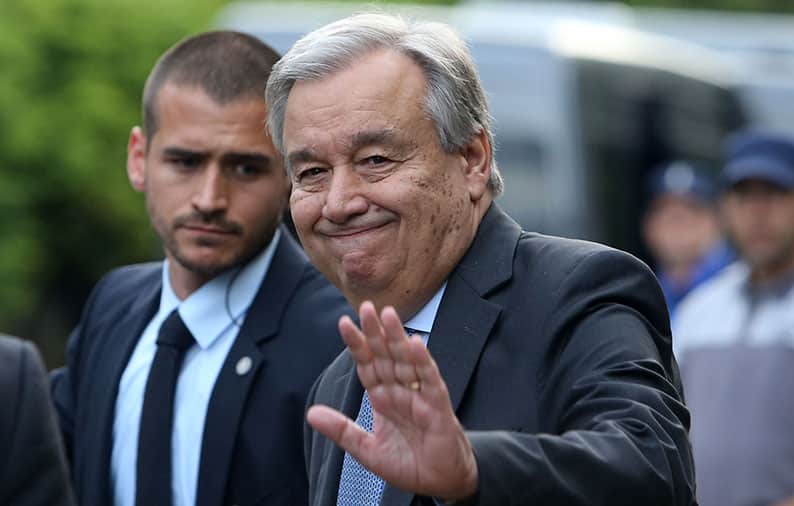 THE REACTION by the two sides to the collapse of the Conference on Cyprus in Crans-Montana was exactly as expected. Each rushed to attribute the collapse to the “provocative intransigence” of the other. This was always the most convenient way of dealing with all the failures in all the efforts to settle the Cyprus problem.

I think the United Nations are wrong not to give a full account of what happened now that this story is over. The ‘neutral’ statement made by UN Secretary-General Antonio Guterres that “the conference on Cyprus was closed without an agreement being reached,” cannot satisfy people who have a right to learn what exactly the final positions and views of the two sides were and how these led to failure.

The UN and its secretary-general, who was actively involved personally this time, need to speak openly and if necessary apportion the responsibility for the pathetic failure of this effort. And if their conclusion is that the Cyprus problem cannot be solved they should say so directly and stop dealing with us. After 50 years of failures it seems ridiculous for them to talk about new, future initiatives.

I write this because we are already hearing statements, reports and whispers about what everyone wanted and said in the conference, and what everyone was prepared to do but did not do because of the behaviour of the other side.

I will give an example. In his first comments on Friday, Mustafa Akinci said the collapse was caused by the insistence of the Greek Cypriots on zero troops and zeros guarantees. He also said that Turkey was ready to show flexibility on the issue of guarantees and troops and that was why the Turkish side had proposed that the prime ministers of the guarantor powers came to the conference. “However, as we proposed this, the other was already preparing their suitcases.”

If we linked this to the CyBC reports that before Thursday evening’s dinner, Turkey’s foreign minister Mevlut Cavusoglu had informed Guterres that Turkey was ready to accept the scrapping of the guarantees and of the right to unilateral intervention, on condition that we agreed to the presence of the two military contingents (950 Greeks and 650 Turks), we would reach the frightening conclusion that a settlement without guarantees was sacrificed because President Anastasiades insisted on the ‘sunset clause’ – the withdrawal of the 650 Turkish soldiers.

To me this is inconceivable, but because people need to know who is lying and who is telling the truth, the UN need to speak clearly about what happened. Failing to do so would leave the briefing of people on both sides of the dividing line to the demagogue politicians and naïve journalists that feed us only myths.

I spoke about naïve journalists and here is an example of what I mean. In an opinion piece published on July 5, the editor-in-chief of Phileleftheros wrote: “How can it be the first time that Turkey is discussing changes (to the treaty of guarantee) when we already have the case of the Annan plan, in which she not only discussed but also agreed to the amendment of the guarantees and withdrawal of troops?”

Had he read the Annan plan, the writer of the comment would have known that it did not provide for the amendment of the guarantees. In fact in the plan’s first article it clearly stated that the treaties of establishment, guarantees and alliance would remain in force. It said: “The Treaty of Establishment, the Treaty of Guarantee and the Treaty of Alliance remain in force and shall apply mutatis mutandis to the new state of affairs” (article 1(3)). With the implementation of the plan, the guarantor powers would have signed special appendices of the constitution of the new state which are referred to in the Annan plan as Appendices 1,2 & 3 and these stipulated that the three treaties would remain in force.

This, unfortunately, is the level of Cypriot journalism, which is no better than that of our politicians. It is these people who will inform the public about what happened in Crans-Montana if the UN does not dare to speak and tell the truth about this latest missed opportunity.

A story to counter the cynics

British tourists made to pay after bank makes a mistake