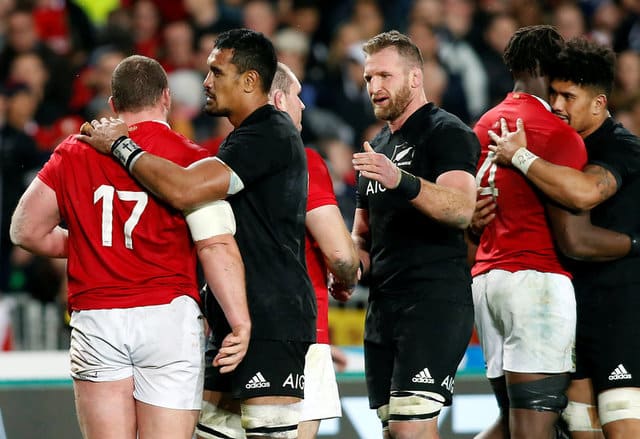 The latest British and Irish Lions tour may have ended in a stalemate, but it reinvigorated rugby in New Zealand, enhanced the reputation of its coach and gave the world champions a timely boost in terms of their World Cup planning.

Lions coach Warren Gatland had returned to his homeland with the express intent of becoming the second Lions side to win the Test series and if they dropped matches on the way so be it.

The thunderous test series, however, ended locked at 1-1 after a 15-15 draw instantaneously sucked all of the electric energy out of a jam-packed Eden Park on Saturday and was something of a letdown for the thousands in fan zones and millions watching on television globally.

“I think both sides would feel frustrated but I suppose we will reflect and say given the schedule and how tough the tour was to have come to New Zealand and drawn the series we will be pretty proud of that,” Gatland told reporters.

“Everyone wrote us off and people were talking about a 3-0 whitewash. This group of players have shown a tremendous amount of character.”

Character was not the only thing they showed.

All Blacks coach Steve Hansen labelled them as “very good” before the tour and consistently described them as one of the best to have travelled to New Zealand “in a very long time”.

Many, however, had written their obituary after the first week. A lacklustre 13-7 victory against a team of semi-professionals was followed with a 22-16 loss to Auckland Blues, New Zealand’s worst performing team this Super Rugby season.

Gatland put the uninspiring first seven days down to jet lag and a lack of preparation time and it was an issue tour manager John Spencer reiterated on Sunday when he said the side would have achieved the series win if they had another week together.

The team actually started to find their feet in the second week with an impressive 12-3 victory over the seven-time Super Rugby champion Canterbury Crusaders, dispelling many of the early concerns and they only got better throughout the tour.

The victory over the Crusaders, who are still unbeaten in Super Rugby this season, also gave New Zealand audiences their first look at assistant coach Andy Farrell’s impressive defensive system that many other teams will now look to adapt.

Many in New Zealand complained the visitors were pushing the offside line to the limit, but also accepted that it was not against the rules until the referee said so.

“We are going to get more of it,” Hansen said of the system that negated the fast-pace New Zealand sides like to play. “Everyone who watched that has learned and that will force us to get better at adapting to it.”

Hansen felt his side had found a way to beat it by the tour’s end and created numerous opportunities on Saturday they did not capitalise on.

He also blooded several new players during the series, with Jordie Barrett, Ngani Laumape and Rieko Ioane only highlighting the conveyer belt of talent at the coach’s disposal as he builds his 2019 World Cup squad.

Gatland, a possible contender to replace Hansen after the 2019 World Cup in Japan, also enhanced his reputation.

He showed that he was able to adapt after his initial selection for the first test was a team built with a variation of ‘Warren-ball’ in mind.

The tactic, where big ball runners in the midfield punch holes in the defensive line, was shutdown by the All Blacks and Gatland had to change his approach.

The former All Blacks hooker opted for two playmakers in Jonathan Sexton and Owen Farrell for the second and third Tests, which allowed his backline to showcase their enterprise and stretched the world champions defensively.

The tour was also undoubtedly an economic success with more than 20,000 Lions fans travelling to the country.

With British media reporting future tours were in doubt, the legacy the team and their fans left dispelled that for the immediate future.

“It was great to see the way the nation got behind the series,” New Zealand Rugby chief executive Steve Tew said on Sunday.

“Any questions on the future of the Lions series should be firmly put to bed given the extraordinary success of the past six weeks.”

Trade deficit widens in January to May to €2.1bn, Cystat says