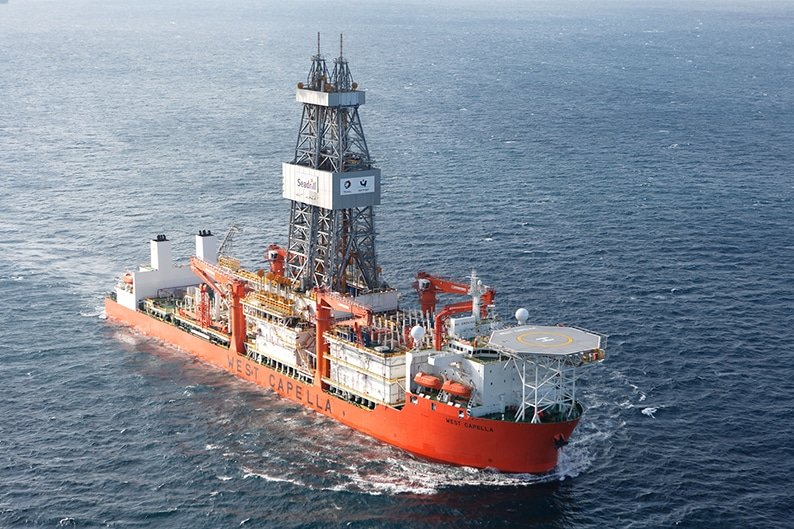 Turkey on Monday called on Cyprus to refrain from taking “unilateral measures” in the eastern Mediterranean, as final preparations were underway for the start of drilling in offshore Block 11 south of the island.

Speaking at an energy conference in Istanbul, Turkish Prime Minister Binali Yildirm said: “The Greek Cypriot leadership must seek a constructive approach rather than setting an obstacle for peace. We advise that they refrain from unilateral measures in the east Mediterranean.

“We want to remind once again that the hydrocarbon resources around Cyprus belongs to both sides.”

Chiming in, Turkish President Tayyip Erdogan said an important opportunity was wasted at last week’s failed talks to reunify the island, and warned it was unacceptable that some energy companies were taking part in what he called irresponsible measures by Greek Cypriots.

“It is impossible to appreciate that some energy companies are acting with, and becoming part of some irresponsible measures taken by Greek Cypriots. I want to remind them that they could lose a friend like Turkey,” Erdogan told the same conference.

Erdogan did not name the companies.

When asked by Reuters whether drilling by the company could alienate Turkey, Arnaud Breuillac, president of exploration and production at Total said the company had “no concerns.”

French energy giants Total, who won the contract to conduct exploratory drilling in Block 11 of Cyprus’ Exclusive Economic Zone (EEZ), were meanwhile proceeding as planned with their schedule.

According to the Marine Traffic website, the West Capella ultra-deepwater drillship is en route to the port of Limassol, with an estimated time of arrival of 3am on July 12 (Wednesday).

But sources familiar with the matter confirmed to the Cyprus Mail that the West Capella would be heading straight for the drilling location without stopping over at the harbour.

At around 5pm on Monday, the drillship was clearing the easternmost tip of Crete on a heading to Cyprus.

The well in Block 11, dubbed Onesiphoros West-1, is located at some 180km off the island’s southern shores, and at a distance of just 8km from the boundary separating the Cypriot and Egyptian EEZs.

The drilling site is also approximately 40km from the Zohr super-giant gas field in Egyptian economic waters, where a 30-trillion-cubic-feet reservoir was discovered in 2015.

In Block 11, the entire operation is expected to be completed by early September. According to Phileleftheros, should the drillship discover gas, drilling would last around 70 days, including the time needed to perform the first tests.

The Mail is told that all support operations are in place in anticipation of the drillship’s arrival. This includes the heliport at the port of Limassol, from where personnel will be flown daily aboard the drillship, as well as the three support vessels- the Stephen Wallace Dick Tide, the Aldemir Souza Tide and the Troms Hera, a fire-fighting ship.

In late June, Cyprus issued a maritime advisory for the drilling operations with effective dates from July 10 to October 15.

The Barbaros had been dispatched to Cyprus, but returned to Turkey in late June just ahead of a conference in Switzerland aimed at hammering out a political deal on the Cyprus issue.

Turkey, which does not recognize the Republic of Cyprus, questions the Greek Cypriots’ jurisdiction to conduct hydrocarbons-related activities.