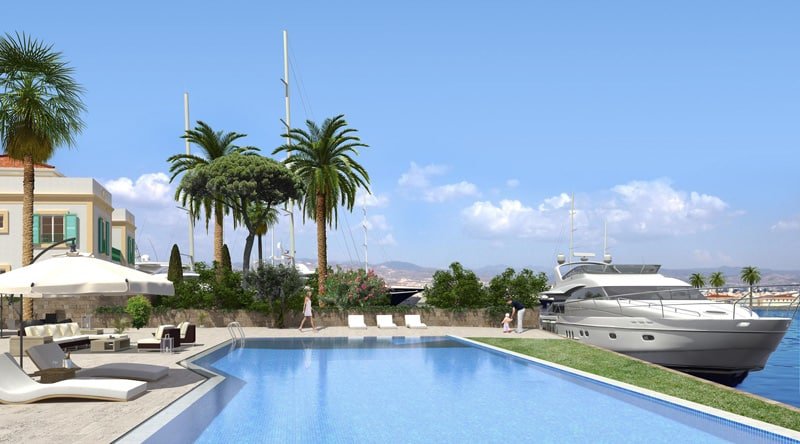 Affluent newcomers are arriving with expertise and interest in oil and gas related activities, industrial agriculture, and other hi-tech sectors that Cyprus is keen to develop, as a result of the citizenship-by-investment programme.

“They are highly-qualified people whose know-how and skills can really contribute to the economy. And they are making a base here,” says Christodoulos Angastiniotis, chairman of the Cyprus Investment Promotion Agency (CIPA).

Once they become acquainted with the advantages of doing business and living in Cyprus, many also make further investments. These often exceed the sum needed to acquire citizenship.

“They see opportunities in sectors that are in their infancy in Cyprus,” says Akis Kyradjis, vice president of Arton Capital, which specialises in investor programmes for residence and citizenship. “They are making a long-term engagement here.”

The minimum investment of €2 million can be put into real estate, infrastructure projects, Cypriot companies, interest-bearing government bonds, fixed deposits, or a combination of these elements.

The citizenship programme yielded €3.3 billion in foreign investment by the end of 2016. Of this, €1.752bn went into real estate and land development, helping the struggling construction sector and reducing the number of non-performing loans. €654 mn was deposited in Cypriot banks, €464 mn was invested in Cypriot companies and €410 mn in government bonds.

A parallel scheme providing a permanent residence permit to those buying homes worth €300,000 yielded an additional €700 mn over the same period, bringing the total yielded to €4 bn. This figure does not include €653 mn worth of investment by foreigners who lost more than €3 mn in the 2013 “haircut” of uninsured deposits in the Cyprus banks and were compensated with citizenship.

The programme’s success on several fronts means that Cyprus is determined to keep it going. And officials are robustly defending the scheme to the European Commission, where some have claimed that it effectively amounts to selling European passports to people with no genuine link to the island.

The investment needed for citizenship in Cyprus is higher than required by some similar schemes elsewhere in Europe. The amount is €2 mn if the investment is made solely in residential real estate, at least a quarter of which must be spent on a residence for life. If not, the threshold is €2.5 mn, at least €500,000 of which must be spent on a permanent residence. In both cases, the requirement of a permanent residence ensures the investor remains closely engaged with Cyprus even if not actually obliged to live on the island. (Under Malta’s scheme, €350,000 must be spent on a residence, and it need only be held for five years.)

“I want to be very clear here. We’re not selling passports – the programme offers residency or naturalisation through investment,” Angastiniotis, the CIPA chairman, says.

Figures show there is little to warrant concerns voiced by some European politicians that citizenship applicants view the scheme as a fast-ticket to settle in other EU countries and will swell migrant numbers. Fewer than 2,000 people have acquired a Cyprus passport through investment since the programme began in May 2013. Of these, just two later moved on to another EU country.

“We are very proud of the people who do get citizenship. The state does very careful checks and we are not trying to attract people who are going to want to abuse the system,” Natasa Pilides, CIPA’s director general, told the Cyprus Mail. Those who do misuse the programme have their passport revoked.

There is also rigorous vetting of applicants with the assistance of domestic and international agencies to ensure none could pose a risk to the island’s or Europe’s security, while any with criminal records are automatically rejected.

The Cypriot authorities are keen to ensure that the scheme is promoted responsibly, and rebuked aggressive and misleading advertising by some estate agents and developers.

“They not only tarnish the scheme’s image but, above, all cause multiple problems to the government’s efforts to defend it before the EU,” said Socratis Hasikos, the former interior minister, who introduced the scheme.

His concern is understandable given that media coverage of such schemes is often negative and frequently ill-informed. Few examine what really motivates a high net-worth individual to apply for a second passport. Many people feel that a single passport, particularly from a country with an unstable political system or volatile economy, gives rise to risks for them and their families. A second passport is like an insurance policy.

And it “gives people freedom”, Reaz Jafri, who leads the immigration practice at the New York office of Withers Bergmann, an international commercial law firm, said in an interview with Forbes, the US business magazine. “Being rich in China does not give you clean air. There are currency restrictions in China and some are uncomfortable with political and economic instability in Latin America.”

Those opting citizenship investment schemes in Cyprus or Malta “are often motivated by the sophisticated financial infrastructures in place in those countries”, Reaz said. “People can set up private equity or hedge funds there and benefit from a friendly tax regime. This makes these countries very attractive.”

Many Americans, meanwhile, have invested in passports from Caribbean countries where the first such schemes were set up in the 1980s. “The Caribbean is often viewed as a place to live in case something bad happens,” Reaz said.

Kyradjis of Arton Capital suspects that criticism of Cyprus’ citizenship programme from some in the European parliament stems mainly from lobbying by competitors rather than genuine EU concern.

If approved, an applicant is granted citizenship within three months, making Cyprus’ scheme the fastest in Europe. The Cyprus passport is also one of the world’s fastest guaranteeing visa-free entry to 157 countries. Another attraction is that the investor’s parents can apply for citizenship provided they buy a permanent residence worth €500,000.

Kyradjis argues that granting residency or citizenship for economic benefit has been an “honoured tradition” since the time of the Roman Empire.

“After World War II, millions of Indians, Pakistanis, Turks, Algerians and others provided labour to countries in western Europe and were rewarded with residency or citizenship,” he says. “The only difference now is that countries need investment capital rather than human capital”.

THE ATTRACTIONS OF A CYPRUS PASSPORT

Imagine you are a Russian who wants to move to a country in the European Union that is politically and economically stable and offers diverse investment opportunities in a well-regulated business environment.

Or you might be a highly-skilled Syrian oil-field engineer who has worked in Saudi Arabia for many years but are the age when you are required to leave the country. Ideally, you want to go home to Syria, but not while a civil war is still raging. Being a respectable, hard-working professional, you are also tired of the scrutiny your Syrian passport attracts at airport controls around the world.

Or maybe you are an entrepreneur in China looking for a comfortable, family-friendly base in an EU country with a competitive corporate tax rate to attend to your growing business interests in the bloc.

After a little research, you are likely to find that Cyprus meets most of your requirements.

It has a British-based legal system, English is widely spoken and it has an attractive corporate tax regime. There is a big selection of upmarket properties to make your home, good schools for your children, very little crime, and the weather is pleasant.

You will feel welcome, and not just by locals. There is a vibrant Russian community and a growing Chinese one, while many businessmen from the Arab world have made successful lives in Cyprus.

The €2 mn/€2.5 mn investment required for citizenship is more than in some other countries with similar schemes, particularly in the Caribbean where far more people acquire second passports.

Yet our imaginary Russian, Chinese or Syrian want more than a simple travel document. They want to be citizens of the EU, a group of respected nations whose values, beliefs and governance they admire.

Malta’s citizenship programme, like Cyprus’ brings visa-free travel to any of the EU’s 28 members, but it can take a year to obtain a passport. The investment threshold for citizenship in Malta is also less than Cyprus’. But €650,000 of it represents a non-recoverable fee to the government’s development and social fund, while the €2 mn/€2.5 mn required by Cyprus remains the investor’s. You can disinvest after three years but must keep a property worth at least €500,000 for the lifetime of your citizenship.

The sound of rosewood and taste of rose wine

Trump to visit Britain next year