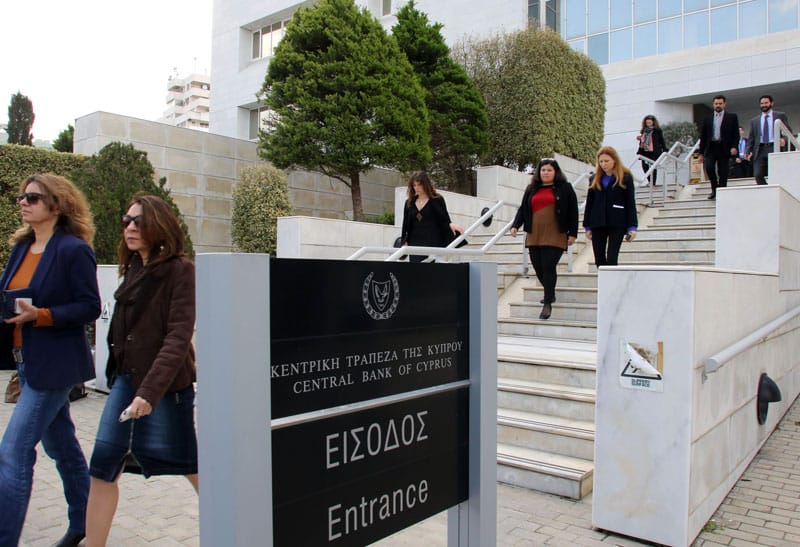 Cyprus, in other words, has both a stricter regulatory framework than most EU countries and is also the most transparent – although much media coverage abroad has yet to reflect this new reality.

Cyprus is one of 45 countries on the OECD’s “white list” of “Largely Compliant” jurisdictions that have implemented internationally agreed standards relating to taxation, and was an early adopter of the organisation’s Common Reporting Standard, which helps to fight tax evasion and improve international tax/financial transparency.

This success in improving the island’s reputation as a safe and respected financial services centre and investment hub took immense effort. The Director of the Bank of Cyprus’ (BoC) Compliance Division, Marios Skandalis, likened it to “shedding blood”.

Strengthening Cyprus’ AML rules was a requirement of the 2013 memorandum of understanding with its EU and IMF creditors. Cyprus’ banks promptly reviewed their entire client portfolios and slashed the high-risk ones. They put more staff into their compliance and internal audit departments and invested heavily in training and IT systems to monitor compliance.

These arduous and expensive measures were carried out at a time when the financial services sector was at a disadvantage against its competitors in other EU countries which have yet to implement the 4th EU AML Directive.

But the island’s banks accepted that the changes were necessary and welcomed them. They knew they would reduce the risk of losing money to fraudulent clients, while no lender wanted to face fines or see its brand tarnished if its AML systems were found wanting.

Their pain has already brought gain: the measures have helped re-establish confidence in Cyprus as a sound, sophisticated and reliable financial services centre.

“It was a conscious decision from the authorities to change the business model, make it leaner and hopefully the business will flow again but in a better way and bringing in a better kind of business,” Stelios Georgakis, assistant director at the Central Bank of Cyprus’ (CBC) supervision division, told the Cyprus Mail.

Or, as Skandalis puts it “ethics and profitability go hand in hand”. BoC has nearly doubled the number of staff in its compliance department to 45 in the past three years. Over that period, the island’s biggest lender has reduced its high-risk client portfolio by 28 per cent and terminated relationships with more than 3,500 clients corresponding to €2.4 bn turnover solely on the grounds of compliance. This translated into a loss of €9 mn in sustained annual net profitability. The BoC now maintains relationships with just 290 of 1,610 introducers, such as law and accountancy firms, that it had in January 2014.

Bank customers initially grumbled about inconvenience as lenders tightened key due diligence provisions, which traditionally focus on ‘know your customer’ (KYC) and ‘know your transaction’ (KYT).

“But we took time to engage with them and explain that this is something that had to be done to safeguard their own interests and gradually they realised this and are happy,” Skandalis said. “But to be persuasive in this matter you have to be highly competent and have the right culture in place. It’s not enough to follow just the letter of a directive, you must act in the spirit of it too. Acting ethically is at the heart of our culture at the new Bank of Cyprus.”

A fusion of co-operation and technology has made it possible to overcome the challenges involved in more rigorous supervision and keep bureaucracy at bay. It has also enabled the CBC to keep ahead with measures that go beyond KYC, such as KYCC – know your customer’s customer. The banks are also confident that their investment in advanced technology means they will not need more staff as supervisory requirements grow in the future.

Meanwhile, the Registrar of Companies is being completely overhauled. This includes legislative amendments modernising company law by streamlining Registrar’s enforcement powers to ensure adequate updating of information and de-registration of non-compliant companies. A major project to create a fully electronic Register of all active organisations registered on the Companies Register was completed in 2015.

In keeping with the 4th EU AML Directive, Cyprus also is in the process of setting up a register of the ultimate beneficial owners (UBOs) of all international businesses and financial entities. The information can be shared, on request, with the supervisory authorities of other countries as well as other parties of legitimate interest to such information.

The CBC, as well as banks, lawyers and accountants were obliged before the directive to know the UBOs of entities they were dealing with, but the register now makes supervision faster and simpler.

“No matter how complex a group’s structure is, involving maybe three or four levels of entities, supervisory bodies will be able to swiftly trace through files electronically to find the UBO in a matter of minutes,” says Georgakis of the CBC. “Already, as things stand, the CBC can have that information within 24 hours of asking all of the 40 entities we supervise. The register will be more useful in countries where the supervised entities run in the hundreds or thousands.”

For the CBC and the banking sector, the recent Transparency International report is welcome acknowledgment of

the strides Cyprus has taken to safeguard its reputation as a financial services and investment centre. “It’s a sign that all this effort is being recognised at last,” Yiangos Demetriou, head of supervision at the CBC. “We consider AML and transparency as one of the most important issues for us as a financial centre and we’ll continue putting the pressure on.”

Cyprus “disclosed the most complete set of anti-money laundering data” of the 12 countries analysed, among them Germany, the UK, France, Australia, the Netherlands, Luxembourg and the US, the February 2017 report said. The number of onsite monitoring visits was “high”, the number of criminal investigations was “very high” and a fifth to a quarter of these resulted in prosecution”.

Several bodies supervise all sectors of Cyprus’ banking, financial services and business sectors. The CBC oversees some 40 banks and other credit institutions and last April issued its latest set of tough amendments to AML rules. These make it mandatory for banks, in addition to the required paperwork, to have face-to-face meetings, physically or via video-conferencing, with every customer they take on through a third party – usually law or audit firms – within three months of onboarding.

Administrative services have been regulated professions since 2012, which means that companies are licensed and overseen by three authorities. These are the Cyprus Securities and Exchange Commission (CySEC), the Cyprus Bar Association, and the Institute of Certified Public Accountants of Cyprus (ICPAC).

Tasked with co-ordinating efforts with these various oversight bodies and to co-operate with peer agencies of other countries is the Financial Intelligence Unit (Mokas), a division of the attorney-general’s office. Mokas, with a staff of 20, investigates and analyses suspicious transactions filed by other oversight bodies and traces illicit proceeds so that the courts can order their confiscation. Between the beginning of 2011 and the end of June 2016 Mokas, secured 95 convictions in court and had 25 asset freeze orders issued worth €116 mn, and 45 confiscation orders worth €15.1 mn.

Contraceptives “one of the greatest anti-poverty innovations”