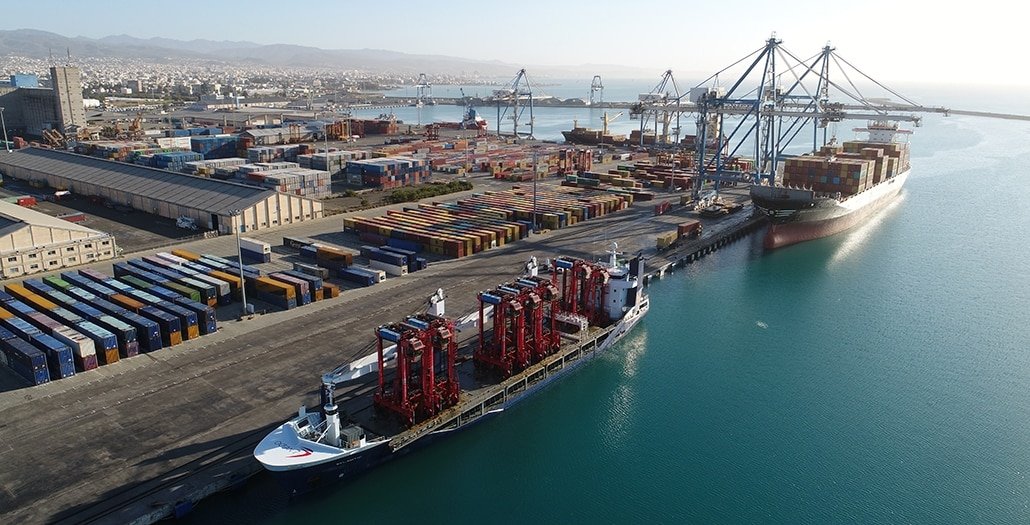 Thomas Kazakos clearly likes facts and figures, which he rattles off at high speed. But he pauses occasionally to put them in context, never losing sight of the bigger picture. This is when the tireless director of the Cyprus Shipping Chamber (CSC) puts aside numbers and turns to pop culture, always with a big smile.

“If you build it, they will come,” he says, comparing the thinking behind the island’s shipping industry to the baseball field in the 1989 movie Field of Dreams.

Cyprus began building it in the early 1960s when it established its shipping registry and introduced legislation providing ship managers and owners with a more tax-efficient business environment. And come they did, transforming the small island in the Mediterranean into a shipping superpower.

“Our companies compete with the biggest shipping giants on Earth in their field of operation,” Kazakos says. “And our big fleet and vibrant resident shipping industry gives Cyprus substantial political and financial strength.”

Cyprus will soon be able to boast one of the world’s biggest ship-management companies, with two long-established, Limassol-based companies set to merge under an equal partnership. With due diligence for the deal between Columbia Shipmanagement and Marlow Navigation finished, the merger is simply awaiting regulatory approval from anti-competition authorities in Cyprus and Germany where each have important presences. A green light possible as early as June 2017.

The shipping sector is both the island’s longest-serving generator of foreign direct investment and its most resilient industry, contributing more than €1 bn a year to the economy. This accounts for 7 per cent of GDP, a far higher figure than in other countries seriously engaged in merchant shipping. The industry directly employs 4,500 shore-based personnel – more than half of them Cypriot graduates – and 55,000 seafarers from around the world.

The sector survived the 1974 Turkish invasion, the devastation inflicted on the global shipping industry by the collapse of Lehman Brothers in 2008, and emerged from Cyprus’ bailout in 2013 unscathed in terms of taxation and operational framework, although some shipping companies suffered a “haircut” of their local bank deposits.

There is tangible potential for further growth, which can materialise without substantial cost because the infrastructure is already in place.

While there is no guarantee that all three scenarios for potential growth will be realised, Cyprus’ shipping authorities are firm believers in forward planning. That way, they will be primed to capitalise on opportunities and ready to safeguard the industry against negative developments.

Cyprus must be ready, for instance, to cope with new demand if the Turkish embargo is lifted, Kazakos said. Otherwise, existing customers will become dissatisfied and potential new ones will not come aboard. “We work continuously to upgrade our maritime administration, to build our competitive package in both good times and bad”, says Kazakos.

That competitive package will be strengthened later this year when parliament is due to pass a bill to establish a Deputy Ministry of Shipping after years of campaigning by the CSC. The new Deputy Ministry will upgrade and eventually replace the Department of Merchant Shipping (DMS), a body of the Ministry of Transport, Communications and Works, and report directly to the island’s president. While the DMS is a “very sound department”, Kazakos says the new deputy ministry will allow it to become “even better – more efficient, more autonomous, more flexible, and more business-minded”.

By working in close partnership with the shipping industry, the administration now will be able to draft legislation that boosts the attractions of Cyprus for ship-owners, managers and operators. To be based in Limassol, the island’s maritime capital, the Deputy Ministry of Shipping will be the first ministry outside Nicosia. It will be ideally-located to work with the CSC, the professional trade association of the shipping and shipping-related companies based on the island. Founded in 1989 by 17 ship-owners, the CSC now has 200 members whose interests it promotes and protects along with ensuring the good reputation of the Cyprus flag.

Most of the shipping companies are based in Limassol, a cosmopolitan tourist resort and port city which has undergone a major transformation in recent years. Bustling cafes and restaurants fill its revamped historic old town while its long coastal road is now flanked by cycle paths, pedestrian walkways and prestige, high-rise residential developments.

Being ready for what Kazakos calls “the day after” is what steered the island’s shipping industry through several crises. During Cyprus’ bailout in 2013, the island’s troika of lenders readily accepted there was no need to tamper with the shipping sector whose tax framework was already modern, flexible, transparent and, above all, EU-approved.

Cyprus had put more than 10 years of hard work into negotiations with Brussels to secure an upgraded and competitive EU-approved tonnage tax (TT) system which was introduced in 2010. The main benefit of the TT regime is the certainty it provides companies on their annual tax obligations, enabling them to do their business plans accordingly. While other jurisdictions might have less expensive TT regimes, Cyprus’ incorporates all three types of maritime activities – ship-owning, ship management, and chartering, making it unique in the EU where other jurisdictions might specialise in just one or two of these areas. Cyprus also is in effect the only fully EU-approved open registry in Europe.

The TT regime ensured the island was an attractive jurisdiction despite the illegal Turkish embargo, which was imposed in 1987. It was also a protective shield during the 2013 bailout. The shipping chamber lost none of its existing members and, without soliciting new business, even registered new ones in 2013 and 2014 in the midst and aftermath of the upheaval caused by the banking crisis. “While other industries faced serious operational problems, we were rowing the boat against the tide,” Kazakos said. “We also passed the troika’s test with flying colours.”

The shipping chamber’s “after sales” care service also kicked in, helping to guarantee the goodwill of its members. The chamber worked quietly and efficiently with the troika, the ministry of finance and transport and the Central Bank to secure an EU directive to reduce the losses of those that suffered a “haircut” on their bank deposits.

“The shipping industry in these past three to four years remained loyal to Cyprus, no company has left the island. On the contrary, we saw some companies establishing offices here,” Kazakos said.

Kazakos re-works another pop cultural reference to describe how the CSC responds to challenges or crises: “When the going gets tough, the well-prepared get going.”