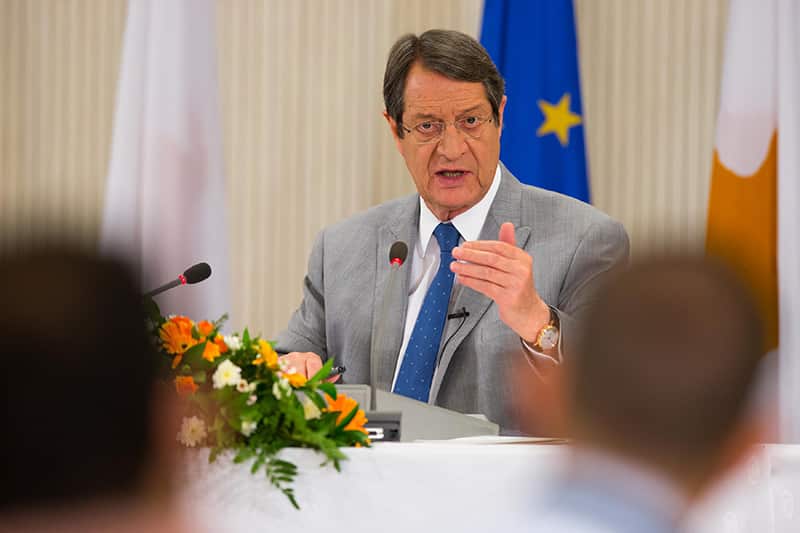 Akel leader Andros Kyprianou’s claims that President Nicos Anastasiades went to Switzerland for the Conference on Cyprus not to reach a settlement solution but to set the ground for a blame game are baseless, deputy government spokesman Victoras Papadopoulos said on Tuesday.

The Akel leader, who travelled to Athens to meet Greek government officials to discuss the outcome of the talks in Switzerland and the possible next steps, told CyBC that he feels the Greek Cypriot side went to the talks unprepared.

“We went totally unprepared. We went with the perception that the root of some issues was not going to be discussed, and we had not prepared our positions on those matters,” Kyprianou said.

He added that once at the Swiss resort of Crans-Montana, the Greek Cypriot negotiating team were working all night to prepare documents.

“This job should have already been done. We should have been prepared to address any scenario,” Kyprianou said.

“Our priority was to play the blame game,” Kyprianou said.

It is easy to blame Turkey, he said, adding that he does believe that “the main responsibility for the deadlock falls on the Turkish side”, but he disagreed with the tactic followed by the Greek Cypriot side at the talks, which led to losing time.

Akel, he said, had been telling the president for six months to prepare a package with all the issues concerning internal matters, “to discuss informally to find out Turkey’s intentions, and at the same time, to discuss security and guarantees”.

“Not only we reached no solution, but we have distanced ourselves from a solution, and Turkey threatening it would seek a solution outside the framework of the UN,” Kyprianou said.

“If some celebrate this situation, I am sorry to say that they don’t know what national interest means,” he said.

In a statement, Papadopoulos said that the government was sad to hear the criticism voiced by Kyprianou, “which has nothing to do with what actually happened during the Conference on Cyprus in Crans-Montana”.

The president, Papadopoulos said, went to the Swiss resort fully prepared and very determined to achieve convergences within the parameters set by the UN Secretary-General, to achieve a comprehensive solution to the Cyprus problem”.

Papadopoulos also said the president feels that in such critical hours, “we should put expediencies aside and work together to tackle Turkish intransigence, but also for the recommencement of the talks, as soon as possible”.

Papadopoulos said it was a paradox that part of the opposition claims the president gave it all at the Conference on Cyprus and another part insinuates that “we should have given more”.

But Akel did not keep silent. Party spokesman Stefanos Stefanou said Akel “will not censor itself”.
Anastasiades and those in power, he said, when they were themselves opposition, “gave a thousand times weapons to third parties to blame the Greek Cypriot side”.

He said that Akel will continue to voice its opinion. The presidential elections, he said, are a great temptation and Disy has a long history in relation to serving pre-election expediencies at the expense of the Cyprus problem.

Anastasiades said on Monday in his address to the people on the outcome of talks, that reports that Turkey had been ready to give up its guarantee was not true and he also made reference to “malicious messages” that blamed the Greek Cypriot side for the failure.

Responding to a question on Akel statements that an impression had been given that the president could have done more than he did at the conference, Anastasiades said he would not comment but respected the right of political leaders to make statements.