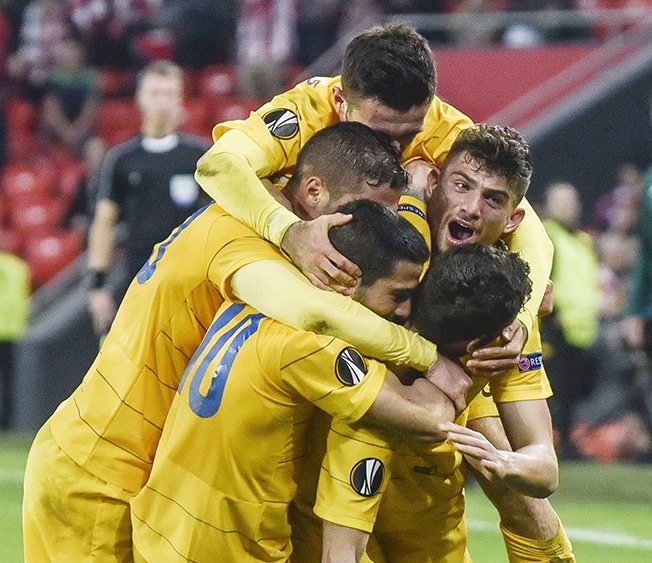 The Cyprus champions enjoyed a superb run in Europe last season, reaching the last 16 of the Europa League

Apoel kick off their Champions League qualifying campaign in the second round with a home match against Luxembourg’s F91 Dudelange at the GSP Stadium on Wednesday night (8pm).

The Cyprus champions had an excellent European campaign last season, reaching the last 16 of the Europa League. However, despite their success, their passage to Europe’s second competition came as a result of falling short in the playoff round of the Champions League qualifiers, so the focus this year is very much on entering the continent’s elite tournament after a two-year absence.

At such an early stage of the football season, the team is still under construction, with some players not yet fit (Carloa, Soouza) to play and a host of new faces entering the door at Archangelos.

Apoel’s top scorer and talisman in last year’s European campaign, Pieros Sotiriou, has joined FC Copenhagen, so the Nicosia club have been busy strengthening their side to make up for his absence and to compete at a higher level than last season.

Making sure these new players gel well together is incoming Dutch manager Mario Been, who takes over from Thomas Christiansen after the Dane could not agree new terms with the club and since departed for Leeds United.

A certain absentee for Wednesday’s game, and the whole of the qualifying campaign, is defender Nick Ioannou, who suffered a torn ligament that could keep him out until late this year.

Dudelange have fallen at the second qualifying round in their last two attempts, in 2014 losing to Ludogorets 5-1 on aggregate, and last season losing 3-1 to Qarabag. However, in 2012, they sprung a huge surprise by knocking out Salzburg on away goals to reach the third round.

The Luxembourg club have Ibrahimovic among their ranks, though not the great Swedish striker and instead the lesser-known Bosnian forward Sanel. David Turpel was the club’s top scorer last season with 21 goals while German midfielder Dominik Stolz is also a threat, having scored 12 times last campaign.

Apoel have made it into the group stages of European competition four years running, and six times in eight seasons. In their last ten Champions League qualifying games at the GSP Stadium, Apoel have won five, drawn four and lost one.

The aim for Apoel, with their superior talent and experience in European competition, will be not only to win Wednesday’s game but to do so with a sizeable margin with qualifiers coming thick and fast should they progress to the next stage.