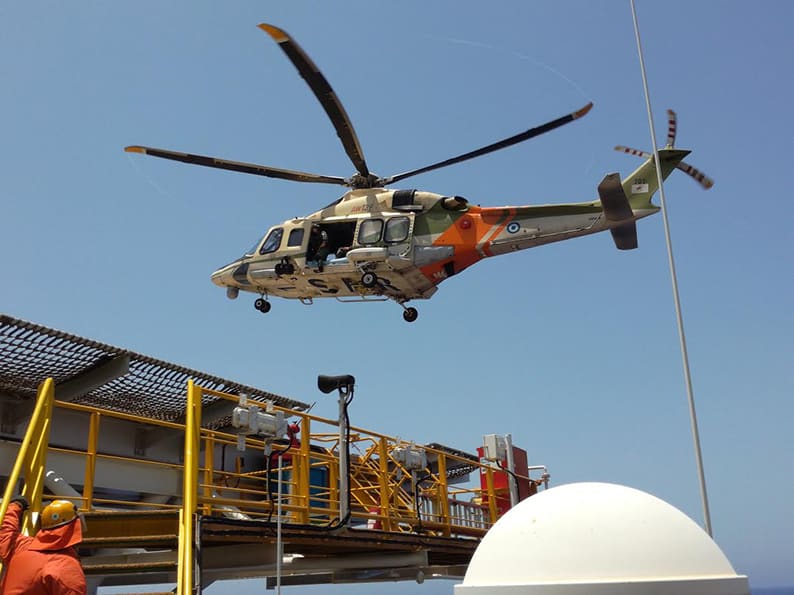 Work to install and stabilise a drilling platform at an offshore area within the island’s exclusive economic zone was going smoothly, the government said on Wednesday, despite sabre rattling from Turkey.

“The platform is in the area since early this morning without any problem,” deputy government spokesman Victoras Papadopoulos said. “There is nothing to worry about and everything coming from outside in the form of news only serve to create unnecessary noise.”

West Capella drillship arrived in the area known as Block 11 at around 1.30am.

The gas well to be drilled in Block 11, at a target dubbed Onisiphoros West-1, is located some 180km off the island’s southern shores, and at a distance of just 8km from the boundary separating the Cypriot and Egyptian EEZs.

The drilling site is approximately 40km from the Zohr super-giant gas field in Egyptian economic waters, where a 30-trillion-cubic-feet reservoir was discovered in 2015.

The crew immediately started work to install and stabilise the platform. Helicopter flights ferrying personnel to shore started at 8am.

Cypriot search and rescue and other crews also carried out recon flights in a bid to prepare for an eventuality be it airlifting patients, pollution, acts of terrorism, or any other emergencies.

The West-Capella will be in daily contact with the Larnaca Joint Rescue Coordination Centre which is standing by to provide support if necessary.

The Republic of Cyprus issued a Navtex reserving for three months a five-nautical-mile area around the drillship, forbidding entrance into that area, by air or sea of any vessels that are not authorised by the Cypriot authorities. In the case of a violation, a support vessel will stand by and ready to intervene and ask trespassers to leave.

The Cyprus News Agency reported that Turkey’s sabre rattling by issuing navigational notices and warnings to aviators was a common practice repeated every week in the past two years and did not constitute a violation of the republic’s sovereign rights.

Turkey, which opposes Cyprus’ energy plans, has announced naval exercises in an area west of Cyprus.

The area reserved by Turkey begins at a distance of some 14 nautical miles off the Akamas, and covers parts of Cyprus’ offshore blocks 5, 6, and 7.

On Tuesday, West-Capella was intercepted by a Turkish frigate some 30 miles outside the Nicosia FIR, between Crete and Cyprus, but it was allowed to go through without any obstructions. This too was considered usual practice, according to CNA.

Meanwhile the energy ministry officially announced the commencement of the exploratory drilling at Onisiphoros.

According to a ministry statement, the drill is expected to be completed within 75 days. It will reach a maximum depth of 4,250 from the surface. Water depth in the area is 1,698 metres.