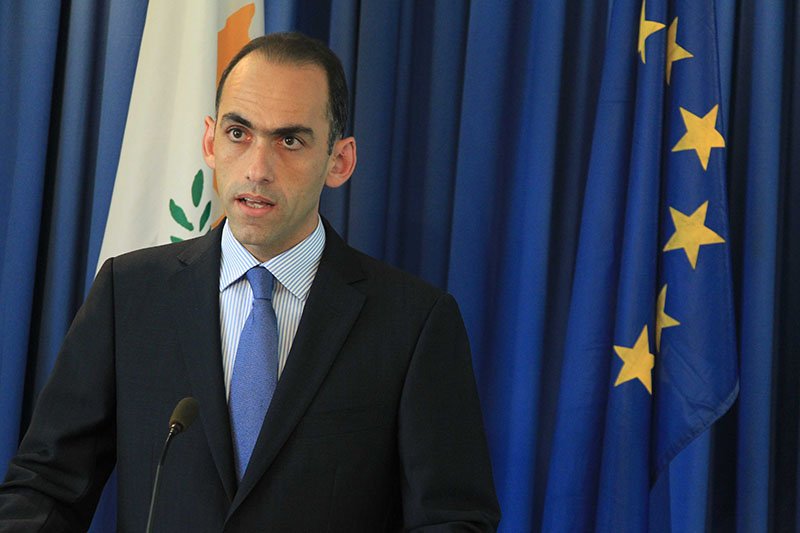 Harris Georgiades: The statements recognise the significant progress, which has been achieved in our country in recent years

Finance Minister Harris Georgiades said he had “been encouraged” by the recent election successes of France’s president Emmanuel Macron, who favours a fiscal union in Europe, but warned against having high expectations.

Macron’s victory in the presidential elections in May and the absolute majority in the parliamentary elections the following month, was a “very good signal for Europe,” Georgiades said in an interview with Bloomberg News. “That said, I would in fact be cautious in making a dash in the direction of further European integration and especially on the economic and financial agenda”.
Georgiades, added that the key for any further reforms towards integration was “strong popular support” and “strong democratic legitimacy.”

“We cannot take the risk of making another mistaken step, which would widen the gap between European integration and the European people,” he said. “We shall end up with an EU without people”.

It is unclear whether the Cypriot minister was referring to the low turnout of the French elections. In the parliamentary election a month ago, it slumped to 49 per cent, the lowest ever , compared to a 75 per cent turnout in the presidential elections a month before -the lowest since 1969-, when he beat far-right candidate Marine Le Pen.

However, regardless of turnout and political legitimacy, Georgiades may have good reason to oppose Macron’s positions. Days after his inauguration, the French proposed the establishment of a finance ministry for the euro area, which implies a harmonisation of tax rates, an anathema for Cyprus’s business service sector which considers low tax rates as the island’s comparative advantage.

“I am not against making additional steps,” the Cypriot finance minister said. “But only if these steps are well thought, encourage economic and business activity in the EU, that they stay clear of excessive and unnecessary regulation, and bureaucracy which burdens economic activity”.

Economist Marios Zachariadis said in May that Macron’s victory may have signalled increased pressure on Cyprus to increase corporate tax rates. As a result, the island needed to diversify its economy and allow other sectors to grow instead of relying on services provided to international customers by lawyers and accountants, or policies that create property local bubbles.

It remains to be seen whether Georgiades is prepared to stand for more reforms, thus preparing Cyprus for the eventuality of a fiscal union and the implied tax harmonisation.

“I have been a government minister tasked with promoting reform, and I wish it was possible for us to promote our agenda even faster,” he said. “But you know that’s democracy and we have to go through the process and we have to win the support of the parliament and other stakeholders on each and every issue”.

Besides, even in the absence of reforms in the area of privatisation and labour market, the unemployment rate dropped from a 17 per cent peak to 11 per cent, which is “an indication that it is flexible,” he said. “It is inevitable that not everything will move as fast but excellent progress has been made”.

For economist Marios Clerides, the island’s inability to push forward with reforms quickly enough in fast changing environment is an additional risk the economy faces which further exacerbates risks.

“The problem is the political process, which does not allow you to push forward quickly enough with reforms,” he said adding that Cyprus has been trying for “30 years” to have halloumi, its national cheese, protected as a protected designation of origin product or its public education reform.

“The EU at some stage will move to some kind of tax harmonisation as it was the case with the value added tax,” he said. “But it is very risk to design your economy founding on a comparative advantage that can be lost in a day. If you are not flexible enough and group interests block reforms, you may go down one day”.

Life in pink in Nicosia, Larnaca and Limassol