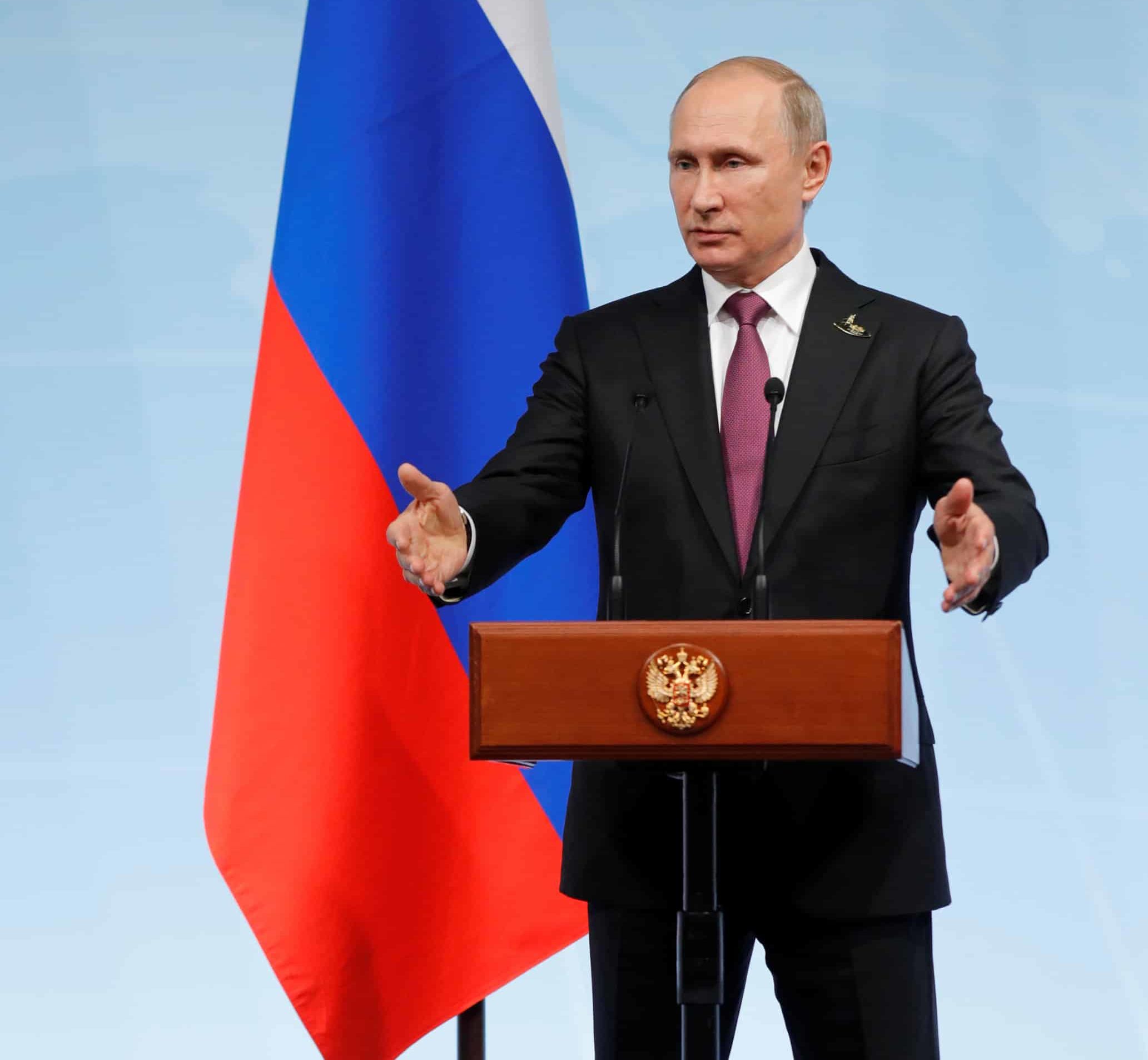 I dedicate this piece to the memory of Loucas Charalambous, my fellow columnist at the Cyprus Mail, who died suddenly last week, as my own personal tribute to his trenchant style and passionate commitment to truth and reconciliation. Alas there is no-one else to take his place. May he rest in peace. And peace is what this piece is all about.

In a letter to the New York Times in September 2013 president Putin of Russia addressed the American people directly over the heads of the American political establishment, warning of the consequences to peace in our time of constant Western intervention in the Middle East and the dangers of American exceptionalism. The letter was measured and respectful but it was very critical of American exceptionalism, it may even have been the precursor to the more controversial interventions recently.

Among other things president Putin said: “It is extremely dangerous to encourage people to think of themselves as exceptional. There are big countries and small countries, rich and poor, those with long democratic traditions and those finding their way to democracy. Their policies differ. We are all different.”

A few years passed and the Americans elected a president who is prepared to deal with Russia in the Middle East and possibly elsewhere. There is no cause and effect there but it makes one wonder and ponder and reflect about the efficaciousness of going over the heads of a country’s wayward political establishment.

Mustafa Akinci may wish to reflect on whether the Greek Cypriot political establishment is so dangerously irrational that he needs to emulate president Putin and appeal over their heads directly to the Greek Cypriot people about what was rejected and what would still be on offer from the Turkish side, in the hope that a pro-settlement candidate will come forward to fight the rejectionists on a pro settlement ticket in the 2018 elections.

Democracy is messy but it is the best way forward, according to Churchill. If there is a pro-settlement candidate and he fights the 2018 election and wins we would not even need referendums. The Treaty of Guarantee will be terminated if a pro-settlement candidate wins and the bulk of Turkish troops will be withdrawn, leaving a contingent of 650 whose presence would be reviewed on the basis of need. If he loses the people will have spoken and, as they are the majority, each community will have to consider its position at the edge of that cliff when we get to it.

There is therefore nothing wrong and everything in a Turkish Cypriot leader engaging in the Greek Cypriot electoral process by helping Akel find a pro-solution candidate. If it is true that Anastasiades went gaga and preferred the status quo to the presence of 650 Turkish soldiers, it is just possible that the Greek Cypriots will cry out, paraphrasing the little boy in the story, “The emperor has zero clothes!”

This can only happen if Akel is able to find a pro-settlement candidate. So the gloves are off and the race to find a pro-settlement candidate is now in full swing. If Takis Hadjidemitriou is disinclined then Takis Hadjigeorgiou may be persuaded. I am not making the names of these guys up. They exist and they are both very pro settlement. Takis Hadjigeorgiou has the looks, the brains, is relatively young and has political nouse too. His problem seems to be that he is Akel’s MEP and the party’s politburo prefers an independent. Are they not aware that Takis is kind of independent?

Historically, Akel is the only party that commands respect on the Turkish side because it is internationalist. Andros Kyprianou, its current leader, unlike his predecessor, is more working-class hero than village idiot, but he does not wish to stand because of the legacy of his predecessor.

He is an anti-fascist, anti-racist internationalist. He is the only politician who eschews nationalist populism on the Greek Cypriot side.

Mustafa Akinci and Andros Kyprianou seem to have struck up a beautiful friendship based on true patriotism and a joint wish for a reunited federal Cyprus. Kyprianou and his party voted against the recent Enosis amendment proposed by the fascists and their fellow travellers that included Anastasiades. He also told Akinci that Anastasiades was stonewalling at Mont Pelerin when he claimed he was going to consult him first before negotiating further – a blatant lie. Finally, he supported Mustafa Akinci’s effort at Crans-Montana to get the UN Secretary General back in an attempt to salvage the talks when others contrived to sink them.

So none of this zero everything nonsense. It is no way to show respect for the pain and suffering inflicted on the Turkish Cypriot community in the past. The last time a policy was prefixed by zero was by the previous Turkish prime minister. He had a policy called zero problems with neighbours. In the end he ended up with no neighbours.

The idea peddled by Anastasiades that Cyprus is a modern European state ready to be trusted with the security of all its people is pie in the sky. From what I have been able to observe, the attitude of many people and institutions in Cyprus is a far cry from the anti-nationalist, anti-fascist, anti-racist culture in western Europe.

Just listen to the bile propagated in social media and the pulpit and tell me I am wrong.

Alper Ali Riza is a queen’s counsel in the UK and a part-time judge. This article was deliberately written in the trenchant style of the late Loucas Charalambous as a tribute to his passion for truth

Tales from the Coffeeshop: When is a Greek not a Greek?