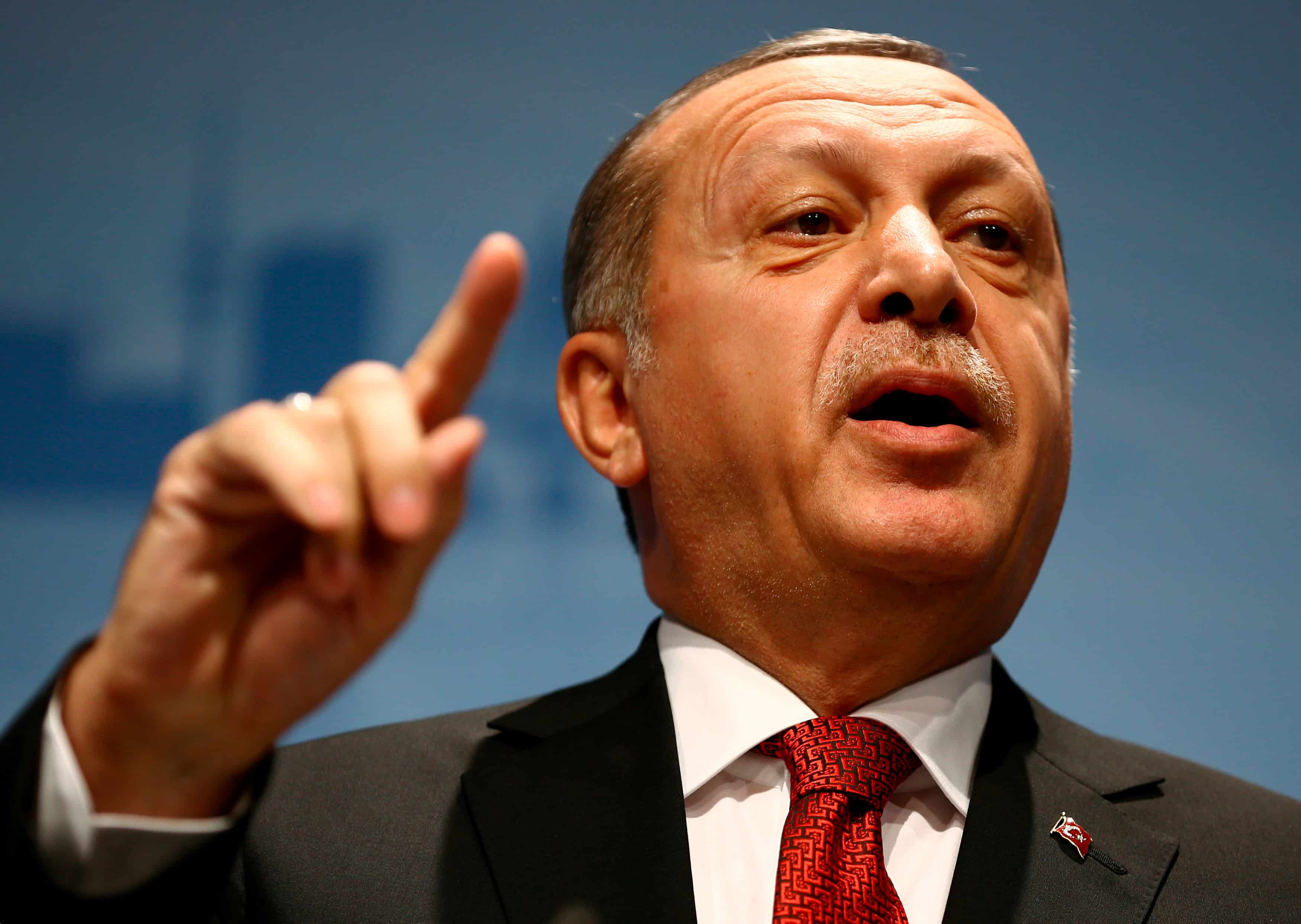 Turkish President Recep Tayyip Erdogan speaks during a news conference to present the outcome of the G20 leaders summit in Hamburg, Germany July 8, 2017. REUTERS/Wolfgang Rattay TPX IMAGES OF THE DAY

There is no overstating the trauma of the attempted coup that shook Turkey a year ago this Saturday. Turkey, which had believed the age of military coups was behind it, once again witnessed tanks on the streets of Istanbul and Ankara. Before the night was through, nearly 300 were killed, more than a thousand were injured, Turkey’s parliament was bombed.

Yet when Turkey’s president, Recep Tayyip Erdoğan emerged triumphant the next day declaring the failed coup “a gift from God,” it was clear to everybody that he would use the crisis to expand the witch hunt of political enemies already underway. Had the coup succeeded, Turkey would have almost certainly fallen into civil war between Erdoğan loyalists and the new military regime; instead, it is now stumbling toward something approaching dictatorship.

Precisely because the Turkish government has been so intent on utilizing the July 15, 2016 coup attempt as a means of consolidating control and punishing political enemies, we know little about how the coup was planned. Turkey’s government was quick to lay blame on the followers of Pennsylvania-based cleric Fethullah Gülen, onetime allies whom the government has seen as its primary enemy ever since Gülenists in the security services attempted to engineer Erdoğan’s demise by leaking a series of embarrassing tapes in December, 2013. Gülenists certainly played a large role in the coup, though the evidence is strong that it was implemented by a broader coalition of officers.

The tapestry of stories that the government has spun after the coup and the lack of independent investigation mean that we will likely never know the whole truth of what transpired or why. The array of participants, however, was broad enough, and the coup itself undertaken with so little recognition of the realities of contemporary Turkey, that the whole effort felt desperate and last ditch. In a sense, the coup itself is evidence of just how broken Turkish democracy and Turkish institutions had become.

For years, Erdoğan had engaged in a slow-moving revolution to transform Turkish society and cement his ruling Justice and Development Party’s (AKP) hold on power. In the wake of the coup, however, this revolution has entered a ruthless new phase, a reign of terror which finds new enemies to root out nearly every day. Turkey has detained more than a hundred thousand and arrested over 50,000 on suspicion of coup involvement. There are numerous, though unconfirmed reports of alleged Gülenists being “disappeared.” Reports of torture, largely eradicated by the end of the 2000s, are once again widespread. Prisons are grossly overcrowded and abuse of prisoners rampant. The Turkish government has spent little time determining whether followers of Gülen are actually guilty of any crime; mere affiliation was sufficient.

Almost immediately, any critic of the government became suspect. Prosecutors have targeted academics, human rights activists, and individuals who had the bad luck to open a savings account at a bank affiliated with the Gülen movement. From abroad, the purge may seem absurd: those investigated include Senator Chuck Schumer and former US attorney Preet Bharara. But for those in Turkey the sheer absurdity of the accusations heightens the atmosphere of fear. Even Ahmet Şık, a journalist who was once jailed for writing a book critical of Fethullah Gülen, is now in pre-trial detention, accused of supporting “terror.” Turkish citizens returning from abroad routinely clear their social media and dispose of dollar bills before entering the country because the government claims that Fethullah Gülen dispensed dollar bills to his followers in the prelude to the coup attempt.

The coup has radically accelerated the consolidation of the government’s control over almost every element of society. State institutions, particularly the security services and the judiciary, have seen the dismissal of over 100,000 civil servants. The purge is not limited to state organizations. In addition to the approximately 150 journalists who have been jailed, more than 100 media outlets have been closed. Hundreds of civil society organizations have also been shut down.

Meanwhile over 1,000 businesses owned by accused Gülenists, (now termed the Fethullahist Terror Organization or FETÖ) have been confiscated. Whatever the costs the purge might have for Turkey’s long-term economic prospects, the coup has served as a boon for AKP supporters. Pro-AKP media regularly touts new job openings for teachers or police. Meanwhile, billions of dollars of private capital has been transferred to government hands, which, in turn, enrich business leaders allied with the AKP.

In April, Erdoğan won a referendum which grants him the presidential system he long desired and legalizes many of the powers he has already claimed for himself. Yet, even with the full power of the state supporting the “yes” vote in the referendum and with strong evidence of vote rigging, the referendum won only a bare majority. Even as Turkey’s political opposition shows new signs of vigor, the likelihood that elections will ever again be fairly contested is increasingly remote.

Erdoğan’s reputation as a “man of the people” and as a democrat are foundational not only to his legitimacy, but also, it would seem, to his own self-perception. The coup, for his supporters and for himself, represents the ultimate validation of that image. The downward trajectory of Turkey in this past year points in another direction, however. As much as he fancies himself a democrat, Erdoğan’s rule is increasingly reliant on repression. Had the coup succeeded, Turkey might well have become another Syria. Instead, it appears to be becoming another Egypt.

A Banking revolution may open up possibilities