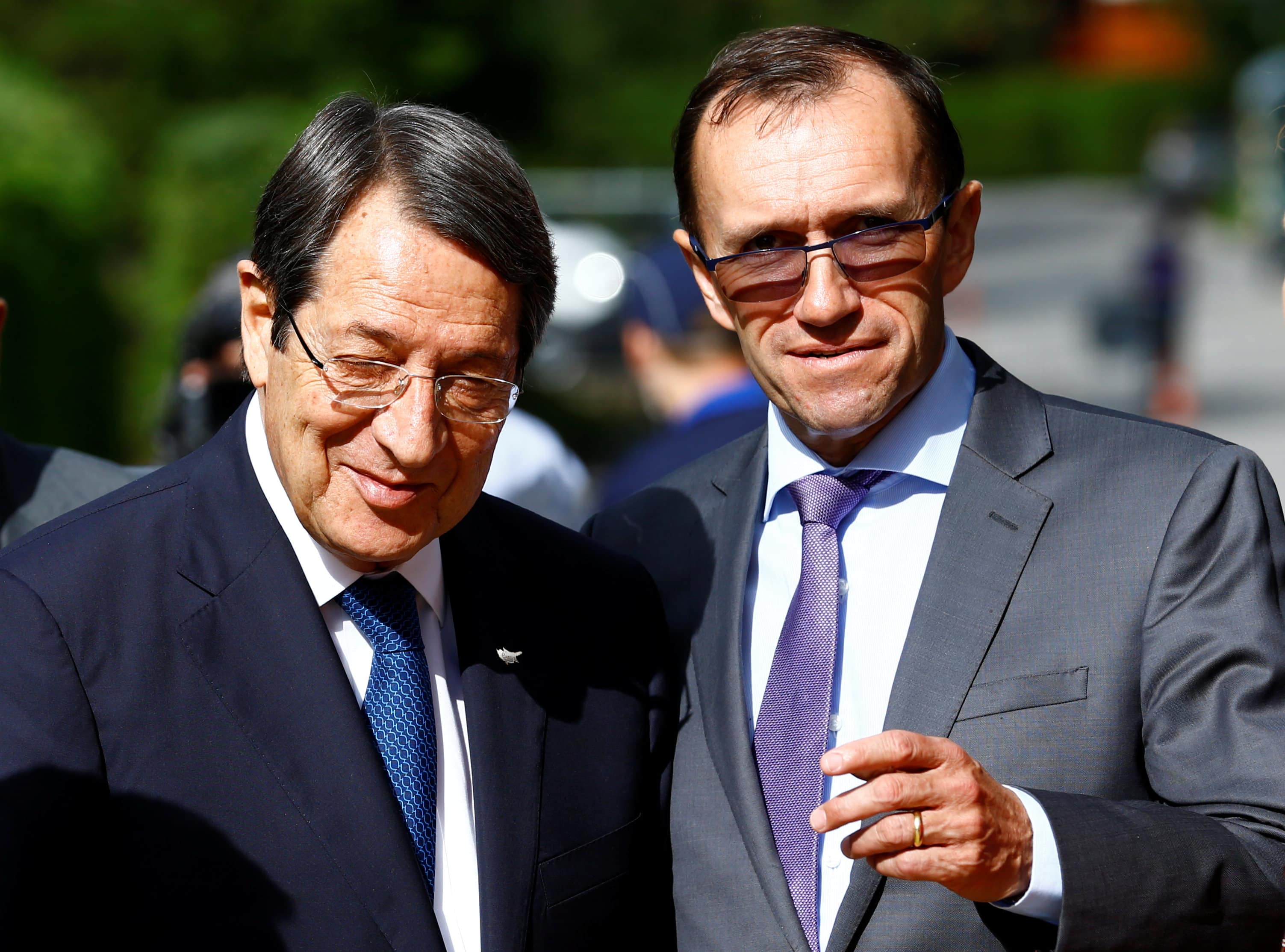 I watched the president of the Republic’s television interview carefully on Monday night. There is no doubt that the president’s position on the need to cut off the political umbilical cord, which connects Cyprus with Greece and Turkey, is absolutely correct. I have advocated this position myself, on numerous occasions in the past. It is a position that will be readily accepted by all those who may choose to support us in our efforts to transform Cyprus into a normal state rather than a protectorate of any third country. The strength of this argument is readily apparent and I am delighted that the president chose to render the political independence of Cyprus (within the framework of the European Union) under the banner of his efforts to settle the Cyprus problem, once and for all.

Regrettably, his tactical moves at Crans-Montana misfired and the end-result was a collapse of the process.  Let me explain why.

The framework formulated by the secretary-general

It should be recognised that what we need is a new security system and not a continuation of the old one. I believe that we need to end all unilateral intervention rights and to terminate the Guarantee Treaty.

This arrangement will be replaced by a stable security system, where the whole of Cyprus and the entire population of Cypriots, in both communities, will feel secure through the adoption of powerful implementation and monitoring safeguards that will protect the agreed upon solution. The solution will have, inter alia, an international dimension (UN / multinational-international framework / friendly states).  The present guarantor powers are not in a position to implement and monitor the solution themselves.

There must be a drastic reduction of troops on the very first day of the implementation of the solution and, then these forces should be reduced to the levels of the 1960s while, simultaneously, we should agree on a withdrawal timetable and the mechanisms that will be utilised for supervising the process.

Regarding the “sunset” clause concerning the troops or a clause stipulating that the issue should be revisited in the future, this is a matter to be discussed with the participation of the prime ministers of the three guarantor powers.

The territorial adjustments should meet the concerns expressed by the Greek Cypriots.

There are two principles that should be taken into consideration. In the areas subject to territorial adjustments, the first option should be given to the displaced homeowners, but not in absolute terms, while in the remaining cases, the arrangements in place should be formulated in a manner that will give the first option to the users of the properly but, again, not in absolute terms The specific provisions of such a scheme need to be further developed.

This chapter needs to be discussed further in respect of the instances when a positive vote will be required (when and under what conditions, in which bodies and which will be the mechanisms for resolving deadlock), while other outstanding issues concerning power sharing should also be discussed, including the demand of the Turkish Cypriots for a rotating presidency.

As regards the possibility of Turkish nationals acquiring the right to reside in Cyprus on a permanent basis (not students, tourists and seasonal workers), there should be equitable quotas, to be agreed upon, by reference to the number of Greek citizens, who will be acquiring such rights.

Further discussion is required regarding what will be regarded as “equitable” for the purposes of permanent residence.

In my opinion, this is not “just any solution”.  It is a solution, which should have been adopted by Greek Cypriots without any reservation, thus ending, at last, the occupation of Cyprus and attaining the re-unification of the island.

While the acceptance and adoption of the positions taken by the secretary-general should have been unanimously made by the Greek Cypriot side, headed by the president, at a critical stage of the negotiation process he took the initiative and formulated and submitted detailed proposals, which were accompanied by terms and conditions. What were these terms and conditions?

The preconditions set by the president:

The Guarantees and Alliance Treaties, including the right of unilateral intervention, should be terminated on day-1 of the implementation of the adopted solution.

An effective mechanism for implementing and monitoring the implementation of the solution should be devised, based on the comprehensive proposal already submitted by the Greek Cypriot side.

A time schedule for the full withdrawal of the occupation forces should be agreed upon, based on the comprehensive proposal already submitted by the Greek Cypriot side.

In other words, the president said the Greek Cypriot side would have accepted the framework formulated by the UN Secretary-General, on condition that Turkey and the Turkish Cypriots would accept the Greek Cypriot positions.  At this stage, the negotiation process collapsed.

I fully understand the pressure on the president, primarily in the form of friendly fire emanating from the supporters of the division of Cyprus into two pieces. These people were not particularly helpful.

Similarly unhelpful was the contribution to the whole process of the Greek minister of foreign affairs, who appears to be an advocate of the Varoufakis school of how to conduct successful negotiations, particularly if you happen to be the weak side in the negotiation process.  Mr. Kotzias’ contribution to the failure of the Crans-Montana conference was similar to that of the previous round at Mont Pelerin.

It follows that the mistake the president made was that he chose to be surrounded by people who were mostly supporters of dividing of Cyprus into two separate pieces, by allotting the northern part of the island to Turkey, in the hope that they will thus end up with a “thoroughbred” Greek state in the south.

If the president subscribes to this view he is fully justified in acting in the way he does. If, however, he rejects outright the possibility of allocating and allotting a part of Cyprus to Turkey then he must take these steps:

Then, we may succeed in seeing a sunny day and we may avert another imminent catastrophe, similar to that of Asia minor.

The emperor has no clothes