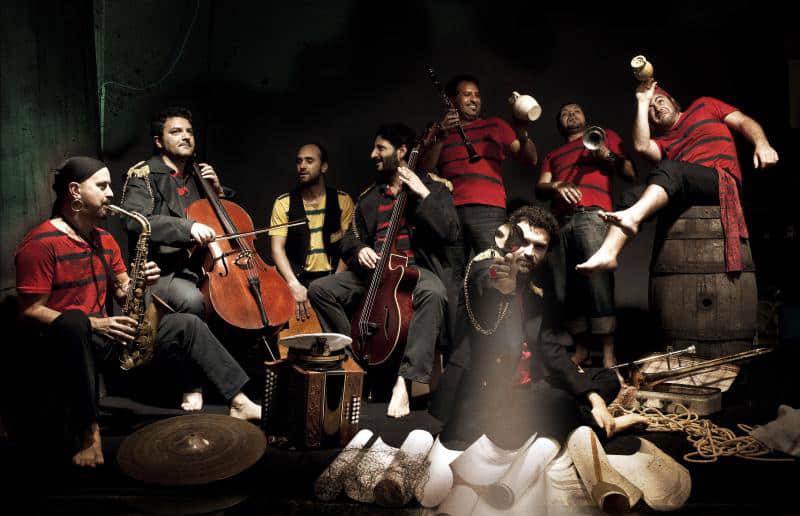 I’ve never been entirely sure about World Music. Is it just songs from other countries (in which case, do the Spice Girls count?) or is it music from everywhere? Is folk music involved – will it be all hey nonny nonnying? And why do I have a vaguely unsettling feeling that I should be wearing raw linen to properly enjoy the genre?

Turns out I’m not alone in my confusion: according to Wikipedia, World Music’s “inclusive nature and elasticity as a musical category may pose for some obstacles to a universal definition; the category encompasses many different styles of music from around the globe, which includes many genres, including some forms of folk music, as well as ethnic music, indigenous music, neotraditional music, and music where more than one cultural tradition intermingle.” So basically, pretty much anything. (Though probably not the songs of Posh, Sporty, Scary…)

Anyway, now we know what it is, we can all happily head off to the Cyprus Rialto World Music Festival. This, the twelfth iteration of the festival, sees a series of open air music events taking place under the prestigious EFFE (Europe for Festivals, Festivals for Europe) banner, in an effort to “develop and cultivate tolerance and acceptance of diversity in a multicultural event that aims to create a musical conversation between audiences and music of different traditions and influences.”

Billed as “a colourful music meeting”, the festival focuses on diversity – both in terms of audience and performers. Open to all, and attracting “viewers of all nationalities who either live permanently or occasionally visit Cyprus” the festival attracts musicians from – you guessed it – all over the world. This year, we’ve got artists from Italy, Cuba, and India taking part, along with two local bands who specialise in the genre.

Tomorrow, BandAdriatica will be whisking listeners away from Heroes Square and taking them on A Mediterranean Odyssey. “Carried by the whirling winds blowing along the shores of the Adriatic Sea, BandAdriatica rows on the rough sea of traditional Salento music using Balkan and North African elements,” organisers reveal. A journey of musical exploration, the group will introduce us to the sounds of “the traditional brass bands of the celebrations, funerals, parties, and processions in Puglia, which travel at night from town to town. The journey expands and looks at the Mediterranean Sea as a complex ‘Babilonia’ – which is, coincidentally, the title of the band’s latest release – “in which languages begin to harmonise around the popular melodies in the mestizo fervour of the ports.”

On Wednesday audiences will be treated to the sound of the sarod (a stringed instrument of India, used mainly in Hindustani classical music, known for a deep, introspective sound), as one of the youngest award-winning Indian sarod artists Abhisek Lahiri takes us on a voyage full of eastern promise. But the following week we’re back in more familiar territory with performances from two local bands: acclaimed Neo-Rembetiko group Trio Tekke with music which “marks a departure from the purely acoustic sound of their previous two records and is their first to consist of exclusively original compositions”, and Τhe Amalgamation Project in “a journey which balances a fresh Mediterranean sound, the echoes of the mountains of the Balkans, and the rich timbre of polyphony.”

The same week also sees the festival heading to Platres for what has become the annual Rialto Residency. Working under the direction of renowned Greek musician Michalis Choleva, participants will be focusing on “the techniques, forms and stylistic elements of traditions in the eastern Mediterranean”, presenting the results of their efforts on July 29 in the Platres Square and on July 30 at the Mediaeval Bridge of Milia. And then, possibly saving the best for last, we’re back to Limassol for a July 31 performance from Cuban legends Soneros de Verdad – a band who bill themselves as “the second Buena Vista Social Club.”

Even if you’re not a fan of world music (or still not completely sure what it entails!) it’s worth heading along to Heroes Square in the coming days. Not only is there a minimum of hey nonny nonnying (always a good thing), all performances take place under the stars, and entrance is free. Let the global journey begin!

The 12th Rialto World Music Festival
Heroes Square, Limassol and Platres, with musical performances from July 17 to 31. Entrance is free. For a full programme and more information call 77 77 77 45 or visit www.cyprusrialtoworldmusic.com