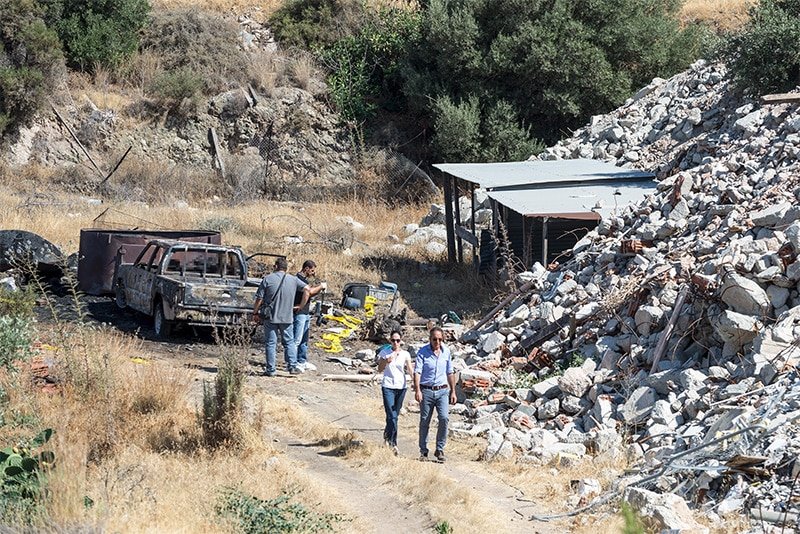 The charred body of a man was found in a burning car in Limassol, police said on Tuesday.

According to a report, police were informed at 6am that a car with a man in it was burning in the Monagrouli-Asgata area of Limassol.

Police and the fire service arrived at the scene and extinguished the fire, and found a charred body inside.

No information has yet been announced regarding the causes of the fire, although police said initial investigations ruled foul play was an unlikely scenario.

Police sources also said that the man is possibly the 61-year-old owner of a furnace, located near the scene, but this has not yet been confirmed.

“In the car a person was located, charred, whose details are not known. The details (of the body) will be identified with the DNA method,” the head of the Limassol CID, Ioannis Soteriades said.

He added that the car was parked right next to the furnace.

The family of the 61-year-old believe it’s him, state broadcaster CyBC reported.

The 61-year-old was staying by himself in the same area as the furnace, CyBC said, and was only firing up the furnace to make charcoal, once or twice per month, mainly to keep his grandchildren busy when they visited him.

The car was only 10 centimetres from the furnace and the driver’s door was open, CyBC said.

His family, CyBC said, believe that the car was parked higher up, but that as its brakes are not working properly, it might have slid backwards and caught fire.

The 61-year-old reportedly had the habit of pushing the furnace with his car, to create oxygen and rekindle the fire, which is another possibility being investigated.

It is believed that he had tried to move his burning car away from the furnace but was engulfed by the flames.

‘We will not create a crisis in the eastern Mediterranean’