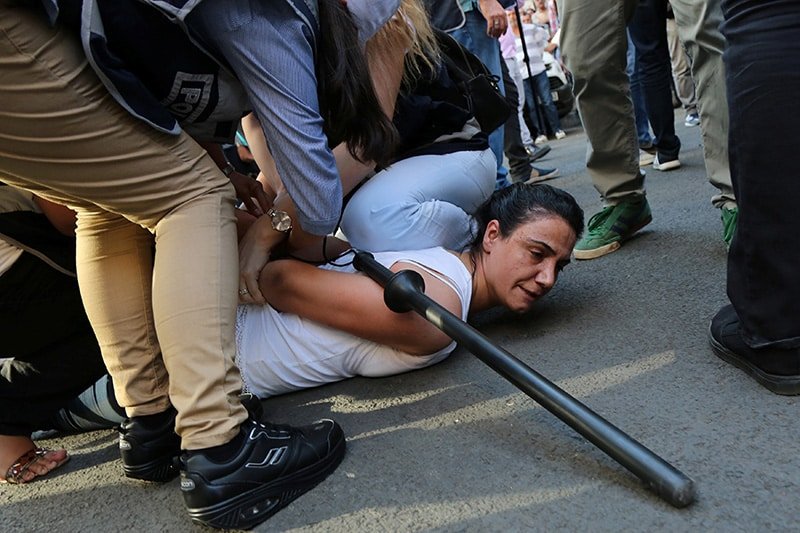 German Chancellor Angela Merkel on Tuesday blasted Turkey’s detention of six human rights activists including a German, and pledged to work for his release.

One of those remanded in custody on suspicion of belonging to a terrorist organisation was Amnesty International’s Turkey director, Idil Eser. Amnesty said truth and justice had become “total strangers”.

Eser, the German Peter Steudtner and eight other activists were detained this month while at-tending a workshop on digital security near Istanbul.

A Turkish prosecutor asked a court on Monday to extend their detention pending trial on suspi-cion of links to the network of Muslim cleric Fethullah Gulen, whom Ankara blames for last year’s attempted coup. The court ordered four of the 10 released, the newspaper Hurriyet said.

In unscheduled remarks at a ceremony for athletes, Merkel said the case was another example of innocent people being “caught up in the wheels of the justice system”.

“We declare our solidarity with him and all the others arrested … the German government will do all it can, on all levels, to secure his release.”

The comments were likely to further strain ties between Berlin and Ankara. These are already beset by a host of issues including Ankara’s arrest of Deniz Yucel, a Turkish-German dual na-tional who is a correspondent for the German newspaper Die Welt, on charges of spreading propaganda in support of a terrorist organisation and inciting violence..

Amnesty International’s secretary general, Salil Shetty, said the decision to keep six of the activ-ists in detention “shows that truth and justice have become total strangers in Turkey”.

“This is not a legitimate investigation,” he said, “this is a politically motivated witch-hunt that charts a frightening future for rights in Turkey.”

In June, authorities detained Amnesty’s local board chairman, Taner Kilic, along with 22 other lawyers, also for suspected links to Gulen, who has condemned the coup attempt and denied any involvement.

Rights groups and some Western allies say Turkey is using the crackdown to quash all dissent. Opposition media outlets have been closed and around 160 journalists detained. Turkey is now the world’s biggest jailer of journalists, according to the New York-based Committee to Protect Journalists.

The government – which on Monday extended the state of emergency brought in after the failed putsch for another three months – says such measures are necessary because of the gravity of the security threat.

Steudtner’s friends, family members and colleagues urged Turkey to release him immediately, saying in a statement that he and his Swedish colleague, Ali Gharavi, had been on an assign-ment for a development organisation.

Animal Party taking its message to other parties